Being a guitar player sets you on a path of tone chasing — there’s no way around it! There are so many ways to tweak the sound of our instrument, from the guitar itself, to pickups, pedals, strings, plectrums, and most importantly, amps. The amp does most of the heavy lifting, so it’s a really critical piece of the puzzle. If you’re searching for the best small tube amp to play at home, you’ll find 10 of our favorites below.

Tube amps sound great. For most guitarists, they’re the be-all and end-all; there’s no solid state or modeling amp that can compete. Objectively, every type of amplifier has its pros and cons, but if you’re a tube junkie, then you probably don’t want to compromise your tone.

The problem with valve amps is that they’re loud — uncomfortably loud, even. And to top it off, there’s a bit of a belief that tubes need to be dimed to sound amazing. Now, that’s great for arenas and stadiums and all, but obviously it’s a deal-breaker for practicing at home.

Luckily, low wattage tube amps in the realm of 10 to 20 watts let you enjoy all that awesome tone at much more controllable levels. That’s without an attenuator or anything else — just the amp itself. They’re still plenty loud for playing at home, and you get all the benefits that the best small tube amp offers!

Now, in no particular order — and without purposeful exclusion of any of your favorite small tube amps — here are 10 popular low-watt tube amps for home use. 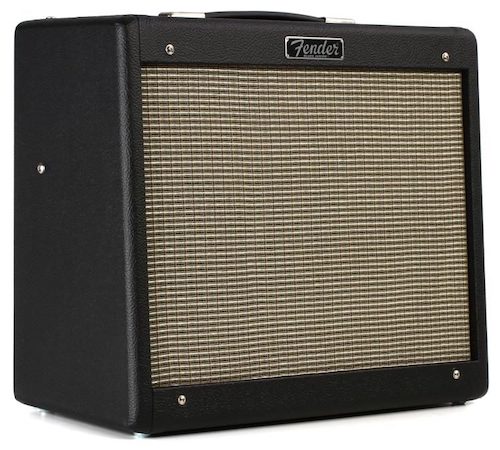 The Blues Junior might just be the best Fender amp for home use. It’s a really straightforward 15-watt tube combo with a 12″ speaker. You get a three-band EQ and some spring reverb, and that’s about it. There’s no effects loop, there’s no USB or speaker emulated outputs you sometimes see in modern amps…the Blues Junior is just an amp. It’s a great pedal platform as well, so you can build a very versatile rig around it for any genre. 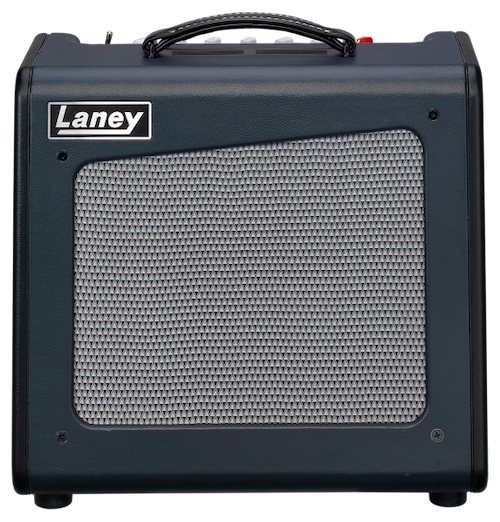 Laney is one of those “if you know, you know” type of brands — not necessarily a household name, but they’re quite popular nevertheless. Tony Iommi is the most famous endorser of Laney amps; if you think about his tone, you can start to understand what some of these Laney amps can do.

Now, the Cub Super12 is more tame than anything Mr. Iommi would play, but it makes a great pedal platform. Single-channel, onboard reverb, and a <1 watt input are some of the highlights. This is a fantastic tube amp for home use. 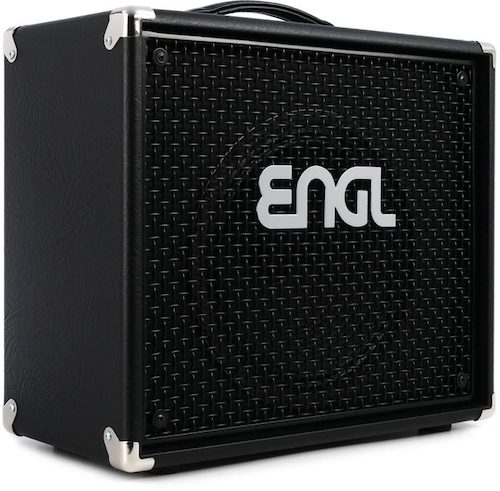 As a metal player myself, there’s no way I could leave a small high-gain combo amp off the list. A lot of the amps listed here are geared towards more “traditional” styles of music, or at the very least, they’d require a nice distortion pedal to get into hard rock/metal territory. Not the case with ENGL.

This amp includes a clean channel as well as a lead channel for high-gain riffs and solos. It also lets you buffer the power down from 20 watts, to 5 watts, and 1 watt. Other features include an effects loop and a headphone output for silent practice. 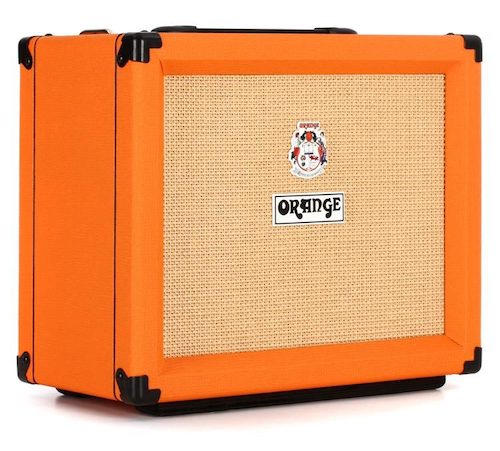 Roughly 20 years ago, Orange created the Rocker(verb) series. It’s a versatile line of amplifiers with both clean and dirty channels, the latter of which can do classic British crunch, all the way up to modern high-gain. The Rocker 15 is ideal for your bedroom or home studio, with power scaling down from 15 watts, to 7, to 1, and 0.5. Orange is one of best known names in the game for a reason. 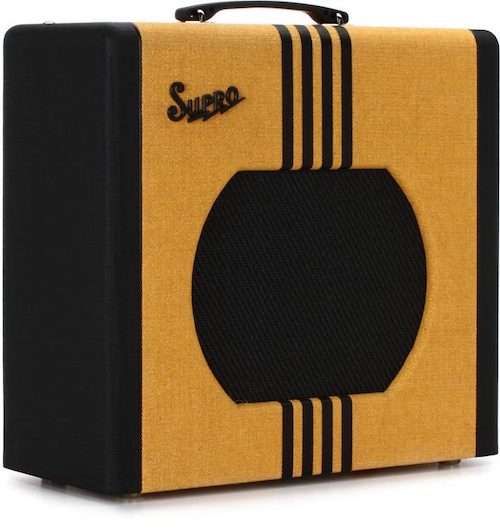 Supro was a go-to amp for guitarists during the British Invasion era of the ’60s. The new Delta King is a revamp of a certified classic with plenty of attitude. A couple neat features are a FET boost for richer tones, as well as a Pigtronix FAT high-gain mode. The looks scream retro, but this is definitely a bedroom amp for the modern guitar player. 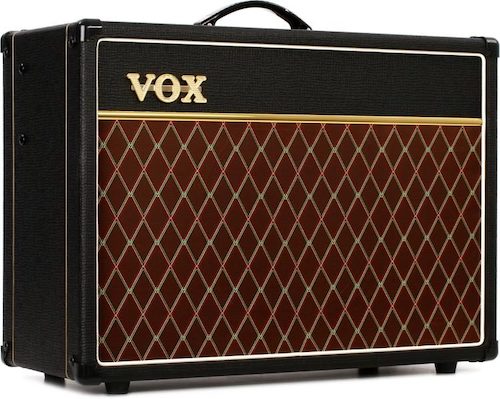 The Vox AC30 is one of the most popular amplifiers of all time. The AC15 reduces the wattage by half, for even more home studio playability. Built-in effects include tremolo and reverb, but apart from that, this is a simple amplifier you’d buy for the timeless sound it creates. 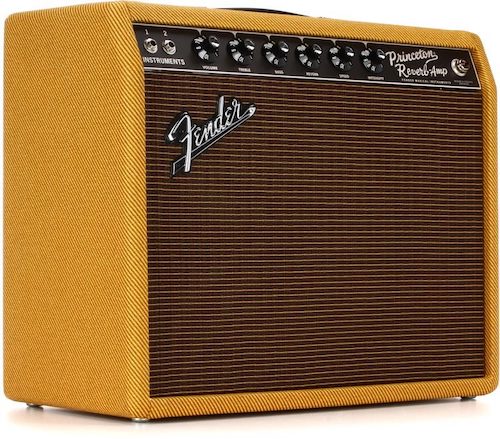 For nearly 60 years, the Fender Princeton has been a player favorite. Funny enough, Fender actually designed the original Princeton as a small tube amp for practice, but people liked it so much they started recording and gigging with it. The vintage tone the ’65 reissue offers is true to the original for that iconic Fender sound that never goes out of style. 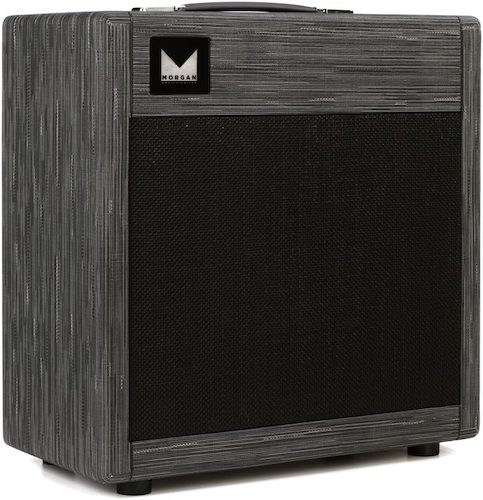 The Morgan AC20 is a high-end Class A tube combo with a level of detail not found in many other amps. It responds incredibly well to every nuance in your technique, shortening the gap between you and your guitar. 20 watts is gig-able, and the power scales down all the way to a quarter of a watt for super bedroom friendly practice. Many players call this the absolute best Vox-style amp out there.

We’ve talked about a lot of “iconic” or legendary amplifiers throughout this list, but none match the ubiquity of Marshall. For decades, Marshall has been the leading name in amplification — even non-musicians know. The DSL20 is part of a long line of Marshall classics, beginning with the JCM2000 of the late ’90s to the current JVM lineup. Want a rock amp? This is it. 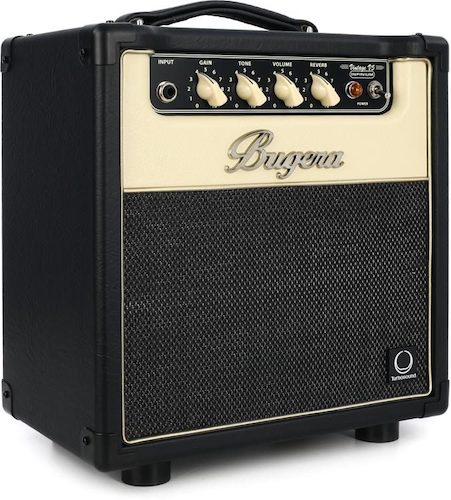 Last but not least, we have ultimate budget-friendly small tube amp: the Bugera V5. As its name suggests, V5 features 5 watts of all-tube tone, with the ability to attenuate down to 1 or 0.1 watt. The 8″ speaker makes it smaller and more portable than any of the other amplifiers on the list, so it’s perfect for the bedroom or home studio.