What is an impulse response (IR)?

Speaker emulation is one of the most crucial, and sometimes overlooked, parts of a software signal chain for guitar or bass. We tend to obsess about having the right amp simulator, forgetting just how much a speaker and its cabinet affect the tone in “real” rigs. In fact, a great amp sim with a terrible IR is going to sound bad 99 times out of 100—awesome tone is that dependent on speaker emulation.

An impulse response (IR) is a snapshot of a speaker cabinet’s sonic characteristics. This includes the frequency response, edge response, as well as the phase response. In a digital rig, you’d insert an IR after the amp in the signal path, just like connecting an amp to a speaker cabinet.

How do they work?

Lancaster Audio impulse responses are just speaker emulations you download from the website upon purchase. Let’s say you have an Orange PPC 412 that you absolutely love, and you’re trying to recreate your physical rig digitally, for convenience or a multitude of other reasons.

When you purchase the Orange IR from Lancaster Audio, you’ll download it as a small group of WAV files. You’d then insert an IR loader plugin after the amp sim in your DAW. Within the IR loader, you can recall any of the impulse responses you’ve purchased. Lancaster recommends using their own free IR loader, PULSE. Though depending on the amp software you use, it might include an IR loader in the plugin itself.

One of the first things you’ll notice about Lancaster Audio impulse responses compared to others is how streamlined they are. You don’t have to sift through hundreds of IRs of a single speaker cabinet. Instead, you’ll get anywhere from a few to maybe ten WAV files per cabinet.

These will include the speaker recorded by different microphones, different mic placements, etc. Sometimes this information is included in the file name (e.g., “Orange SM57”) though sometimes you’ll just get a generic labeling like “Vox AC30 2.” By keeping the IR count low, you’re getting just the best sounding speaker emulations. No fluff, no fuss, no 200 captures of one Mesa 4×12. The convenience alone is well worth it.

Most importantly, sound quality is up there as the best impulse response for guitar. Some of the world’s finest producers and engineers captured these impulse responses with the decades of experience they’ve acquired as professional audio enthusiasts. As with anything, though, it’s always a good idea to try it for yourself. Lancaster Audio IRs are quite affordable if you just want to give them a try.

How much do they cost?

A single cabinet runs about $12. Producer packs—larger collections of impulse responses collected by the industry’s leading talent—run around $50. Other bundled packs of cabinets cost anywhere from $45 to $70, though something heftier like the “IR Everything Bundle” lists for $1340 (on sale at the time of writing for $200!)

For the quality and ease-of-use, Lancaster Audio impulse responses are affordable. 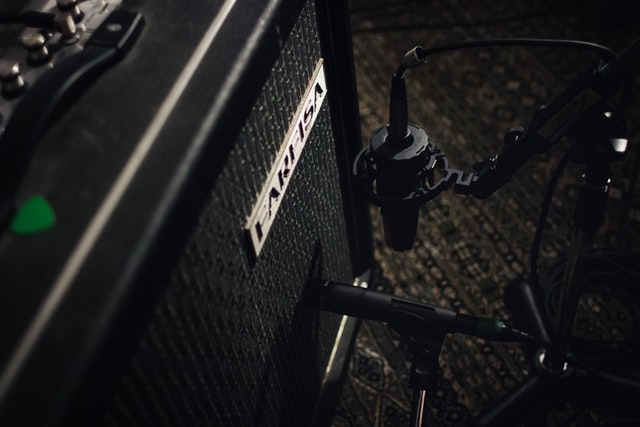 The main feature of any IR worth its salt is authentic sound quality, which Lancaster is clearly committed to. As previously noted, whenever you purchase a single cabinet, you’ll typically find three to six individual IRs of that given cabinet. Producer packs will sometimes come with more IRs of a single cabinet depending on how the individual producer decided to capture it. By keeping file count low, the engineer(s) can take their time to capture something truly great.

One of the other major features of Lancaster Audio impulse responses is the free PULSE IR loader. That ensures you’re able to use your speaker emulations as soon as you get them. There’s also a great A/B feature built into PULSE, so you can compare IRs on the fly. You can even mix a blend of the two.

How to Use IR

It’s actually very simple. Using PULSE, insert the IR loader after the amp plugin in your signal path. Use the file directory to locate and load an IR WAV, and you’re good to go. If you have a hardware amp sim that lets you load IRs, like an Axe-FX or otherwise, you can do that too!

Lancaster is definitely producing some of the top IRs currently available. Their overall commitment to sound quality and authenticity is what you’d expect from any IR developer, and they’ve proven that that’s the priority. But don’t take our word for it, check it out for yourself by downloading the FREE Pulse Impulse Response Loader and well as the free Revv V30 Fredman IR today.