The Different Kinds of Microphones and Their Applications

The more you get into the recording craft, the more you’ll start to recognize different kinds of microphones. There’s a huge world of mics out there, but knowing the major types will help you decide what to use. When you’re just starting your home studio, it’s good to get familiar so you can choose an all-around mic that fits your needs.

For starters, mics are characterized by design and fall into one of three major categories:

Dynamic microphones are perfect starters for a home studio. They’re relatively inexpensive, built like tanks, and work on just about everything.

Dynamic mics are named for their moving coil magnetic diaphragm. Sound pressure vibrates a coil inside the mic which converts acoustic energy into recordable electric energy. Dynamic mics can withstand massive SPLs (sound pressure levels), making them a great choice for loud instruments like electric guitar or bass, drums, and the like.

For instance, the longstanding industry workhorse Shure SM57 is a classic example of one of the finest dynamic mics ever made. It’s practically guaranteed to have been used on your favorite record in any genre!

Condenser mics, also called capacitors, have a conductive diaphragm that sits on top of a metal backplate. The diaphragm acts as one plate of the capacitor, which stores electrical energy.

Condenser mics pick up sound by vibrating the diaphragm. In turn, this changes the capacitance to produce a recordable audio signal. Since condensers use capacitance instead of physical moving coils, sound quality is much more detailed than a dynamic microphone. This makes them the most widely used type of microphone in the studio. They’re more sensitive than dynamics but not necessarily more fragile, making them a good choice for recording vocals, acoustic instruments, and more.

While dynamic mics don’t require any external power because their design is mechanical, condenser microphones require +48 V phantom power. This is supplied by your audio interface and is switchable on and off. Some condenser microphones are tube-powered and come with their own dedicated power supply!

Ribbon microphones use a thin metal ribbon suspended in a magnetic field to create sound. The ribbon connects to the microphone’s output, and its vibration in response to sound within the magnetic field generates the recordable electrical signal.

Ribbon microphones are similar to moving coil microphones in that they both produce sound by means of magnetic induction, but are much more sensitive and physically fragile than a moving coil dynamic mic.

Ribbons aren’t as popular as they once were. For one, they’re expensive and fragile, so they aren’t a great choice for beginning home studios. High SPLs can destroy delicate ribbon mics! However, modern ribbons like those made by Royer are much more sturdy than the earliest models.

Ribbon microphones are able to capture high notes without their associated harshness, and they have a warm, “vintage” sound to them. They were used frequently on horns in the early days, actively mellowing out the brightness found in instruments like a trumpet.

While not recommended for a beginner or as an all-around microphone, ribbons still have a place in the studio for that recognizable warmth and tone of early recordings.

Polar patterns represent how sensitive a microphone is 360° around the diaphragm. Cardioid, omnidirectional, and bi-directional (or figure-8) are the most common pickup patterns you’ll find. 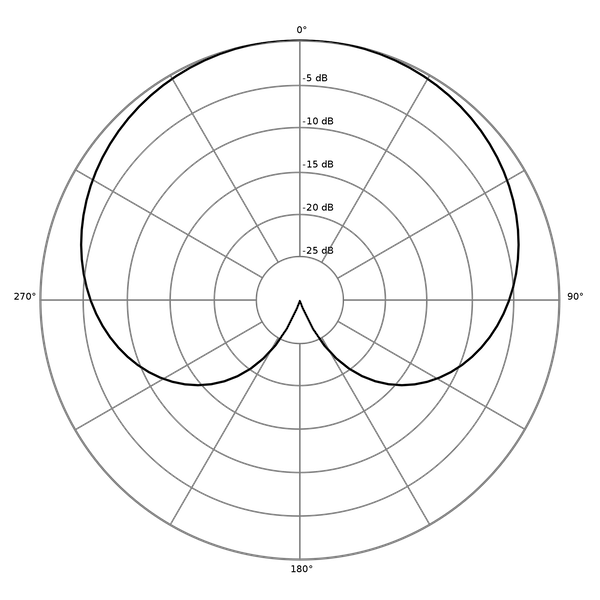 This is the most common polar pattern you’ll find which gets its name from its resemblance to a heart. A cardioid polar pattern is at its most sensitive 0° on axis—in other words, with the mic pointed directly at the artist or instrument.

Picturing the microphone on a stand, as you begin to move around towards its backside, the microphone is at its least sensitive. Cardioid is a “point-and-shoot” polar pattern which you’ll find on both dynamic microphones and condensers (even those with switchable patterns).

By and large, it works well for miking anything, so long as you position it correctly in relation to the instrument! Cardioid patterns are especially great both in the studio and for live sound when bleed across multiple mics is a concern. One concern with cardioid mics is the proximity effect, which increases the low-end response of the mic the closer it is to a sound source.

Additionally, there are variations of the cardioid polar pattern including supercardioid and hypercardioid, with somewhat tighter pickup ranges at 0° and some sensitivity at 180°. 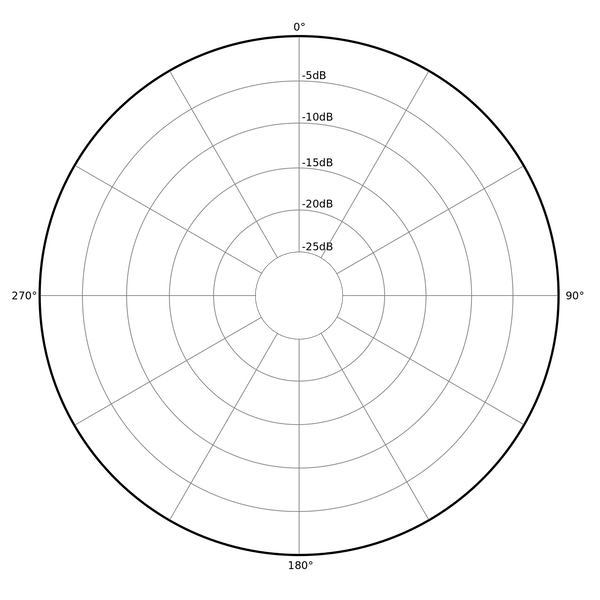 As its name suggests, an omnidirectional polar pattern is equally sensitive all the way around the capsule. In the real world its frequency response isn’t exactly perfect 360° around the microphone, but for all intents and purposes it will capture the sound anywhere in a room regardless of where its coming from in relation to the mic itself.

Lots of mid-range to high-end condensers with switchable polar patterns will have omnidirectional as an option. Room miking drums, for example, benefits from an omnidirectional pickup so you’re getting all of the sound happening in the room. 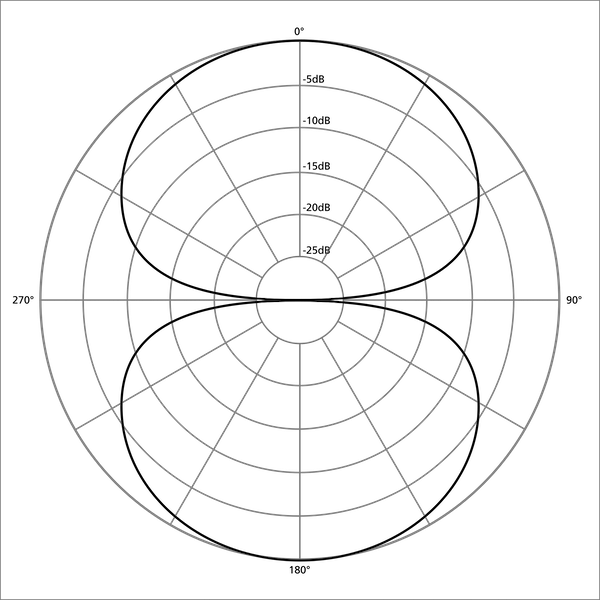 This is the default polar pattern of most ribbon microphones. Bi-directional means the mic is as equally sensitive at 0° as it is at 180°.

Bi-directional polar patterns are most handy for the Blumlein pair stereo miking technique. It takes two figure-8 microphones and crosses their pickup patterns. This recreates a very realistic stereo image for the listener, especially on headphones!

If you’re looking for some great microphones to get started, check out our list of the 6 microphones you need to know about!

Which Microphone Do You Need?

We’ve talked about the three different kinds of microphones and how they work. Now we’ll take a quick look at what you can use for different instruments.

Large-diaphragm condensers are the go-to for vocals. There are tons of affordable LDCs these days, so don’t feel like you have to invest in a U87 right away. In some cases engineers will reach for a dynamic mic like a Shure SM7B for vocals, and great records have definitely been made on SM57s/58s. But for the most part, large-diaphragm condensers work amazing on vocals.

Acoustic guitars sound fantastic on small-diaphragm condensers. SDCs offer this really hi-fi, 3D detail that’s just incredible on any acoustic instrument. Large-diaphragm condensers work great as well, and if you picked a great LDC for vocals, chances are it’s going to be great on acoustic guitar too. Under specific circumstances you might reach for a dynamic microphone, but most of the time an SDC or LDC is the best pick.

Electric guitars are loud and abrasive. You need a sturdy mic that can handle that volume without distorting. In most cases, that’s going to be a dynamic. By far and away, the Shure SM57 is the most popular mic for electric guitar. Engineers will generally record guitar amps with at least two mics, so you’ll commonly pair up a dynamic alongside a condenser and blend them to taste.

Drums are tricky. You really need to pull out the whole arsenal to get the most detailed image of the kit. That means a combination of dynamics, SDCs, and LDCs. You want something rugged on the loudest parts of the kit, so dynamic mics on the snare (like an SM57) and kick (try an AKG D112) make sense. Usually you’ll see SDCs on hi-hat and sometimes as overheads. Toms love a good Sennheiser MD 421, and a pair of LDCs make great overheads as well.

On bass, you obviously want something that can capture the low-end well. Dynamic mics are the most common choice for bass amps, and oftentimes what you’d use on a kick drum works on bass as well. The Electrovoice RE-20 is a popular bass mic, as is the AKG D112.