The 7 Best Mics for Guitar Amps to Get Killer Tone

Every guitarist is on a personal quest for the greatest tone ever. That’s half the fun of playing guitar! But just when you’ve found the right pickups, pedals, the perfect string gauge, the ideal plectrum material and thickness, and of course, the most incredible amplifier—recording enters as a brand new variable. There isn’t just one best mic for guitar amps, but a handful of excellent choices based on your needs.

In this list you’ll find a variety of dynamic, condenser, and ribbon microphones. Each is in the running as the best mic for guitar amps, and in many cases you’d actually want to combine a pair of these guys when recording guitar.

The Shure SM57 is the most well known and thoroughly used dynamic microphone in history. They’re indestructible, they’re inexpensive, and best of all, they sound great. SM57s are also the most popular mic for guitar amps, probably because of a combination of the aforementioned factors. Being a tough dynamic mic, they can handle extremely loud volume coming from an amp. On top of that, 57s have a fairly pronounced presence bump that works great on electric guitars.

For most people, the SM57 is going to be the best mic for a guitar amp. It ticks every box, particularly in sound quality and affordability. If you stop here, no one would blame you. 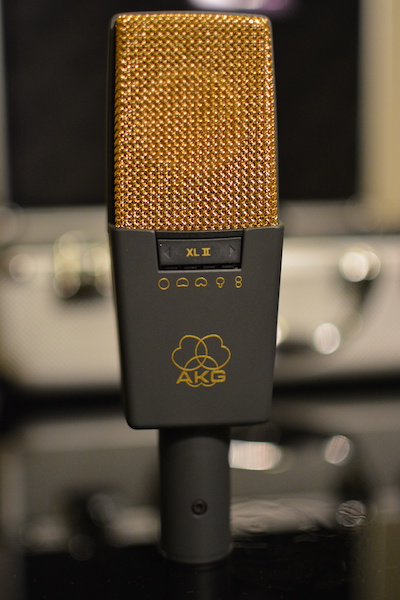 While the Shure SM57 is a workhorse dynamic, the AKG 414 is a workhorse condenser. If you owned only a pair of 414s and a pair of 57s, it’s not a stretch to say you could record just about anything. The 414 is in a league of its own, and relatively speaking, it’s a pretty affordable microphone for the quality and features you get. Nine polar patterns, up to 18 dB of pad (great for guitar amps), and the unbelievable character of a C12.

Neumann exudes class, and even at the “low end” of the spectrum, these mics offer nothing but the best. In particular, the TLM 102 has a reputation as an excellent solo instrument condenser microphone, with distortion-free sound at the highest SPLs thinkable, and a pleasant treble boost for an extra bit of clarity and edge. Those who’ve used it on guitar amps speak highly of the way it accurately captures the rig. 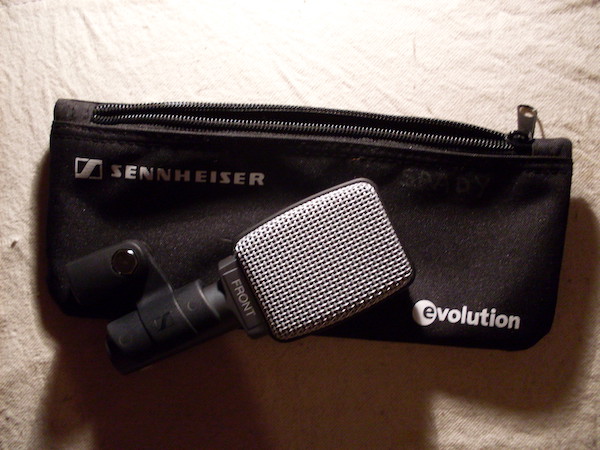 Here’s an awesome dynamic mic specifically designed for miking electric guitar amps and cabinets. In terms of cost it’s right on par with the super affordable 57, and in terms of design, the e 609 is a foolproof point-and-shoot. The super-cardioid polar pattern keeps pickup tight and rejects noise when recording live or for onstage use. The flat, square body lets you settle up right against the mesh of an amp or cabinet for flawless close miking technique.

Royer’s flagship 121 debuted in 1998. At the time, it very much reintroduced the ribbon microphone to recording engineers. It also flipped old school ribbon design on its head, and in a profound way. Royer managed to retain all the warmth and naturalness of classic ribbons that engineers love, but package it in a compact, rugged body. While ultra-loud sources could damage older ribbon mics, the R-121 can withstand even the highest SPLs, like those screaming from a guitar amp. This may very well be the best (ribbon) mic for a guitar amp. 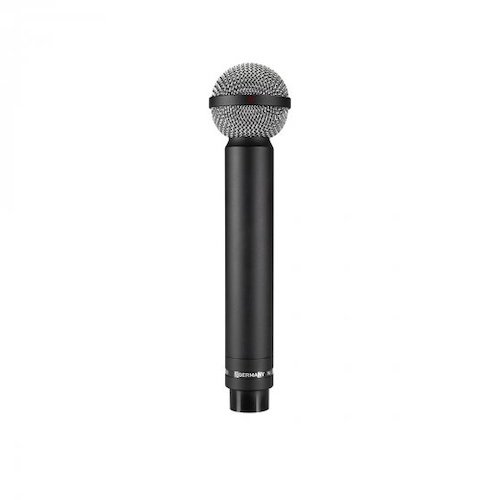 Beyerdynamic’s hypercardioid double-ribbon microphone is purpose built for recording electric guitars and drums—loud, abrasive instruments that could do with a bit of taming. Solid low-end response, warm mids, and smooth highs make for an awesome vintage-y sound that just plain works on guitars. The M 160 does a brilliant job of taking raw, unbridled sounds like heavy guitar tones and turning them into something more refined.

The MD 421 is Sennheiser’s most popular dynamic microphone and has been for many decades now. Overall, it’s tough-as-nails and easy to handle thanks to its wide, durable shell. The five-position low-end rolloff switch is a nice touch, but for the most part, this is a simple mic that just gets the job done. Incredibly popular on toms, the MD 421 makes a great mic for guitar amps as well.

The Importance of Mic Placement

Even small changes in mic placement can make a big difference for recording guitar. Every place around the speaker is going to have a unique sound, and how far you place the mic from the cone will impact the tone as well. Many engineers agree that a good start is to point the mic right at the center of the speaker cone, then move it to the left or right slightly. It should be no more than a few inches away from the cone, usually just about touching the grill—or if the grill is removed, maybe an inch or so off the speaker.

Another consideration is this: if you’re using a multi-speaker cabinet like a 4×12, you should record little samples of each speaker and ultimately use the one that sounds best to you. There really is that much nuance in each individual speaker and one may actually be noticeably better than the rest.

Finally, you should record a guitar amp with two mics if possible. That way you have options and can even create a blend of more than one microphone for the best possible recorded tone. Usually a trusty SM57 plus any condenser or ribbon of your choice is going to be a winning combination.

Conclusion: The Best Mic for Recording a Guitar Amp

For many engineers, the Shure  SM57 is going to be their “desert island” mic for guitar amps. It just has the longest-running reputation as being amazing on instruments like electric guitar, snare, and even vocals. Still, there’s no reason to shy away from any of the others on this list. Apart from guitar amps, all of these are versatile enough to become staples of your mic locker.