ORTF is a common stereo mic technique. Stereo recording uses two microphones to capture a single sound source; each mic then gets panned to either side of the stereo field. Over the years, engineers have developed tried and true methods of stereo recording that best mimic how our ears perceive sound. The result is a recording with width, dimension, and cues telling us where the instrument is in the stereo field.

Stereo recording is pretty scientific. It’s not as easy as just plopping two mics on an instrument and calling it a day (though something like the A/B spaced pair may look like it!).

Stereo recording mimics how we hear in the real world by positioning sound in the left and right channels. It also adds space and ambiance to the recording that a mono mic doesn’t capture. Stereo techniques like ORTF provide “images” that help us “locate” a sound in the stereo field.

Stereo recording relies on the science of sound localization—how humans perceive sound and how our brain interprets it in microseconds. There are two main factors to consider:

The various stereo mic techniques, including ORTF, position microphones a certain way for different results. Microphones placed closely together, such as in an X/Y pair, minimize both ITDs and IIDs for a tighter stereo image. The A/B spaced pair physically places microphones multiple feet away from each other, which maximizes ITDs and IIDs for a super-wide, almost unnatural stereo image.

Stereo mic techniques play with the science of sound perception for a variety of results that make recordings more interesting and enjoyable to hear. 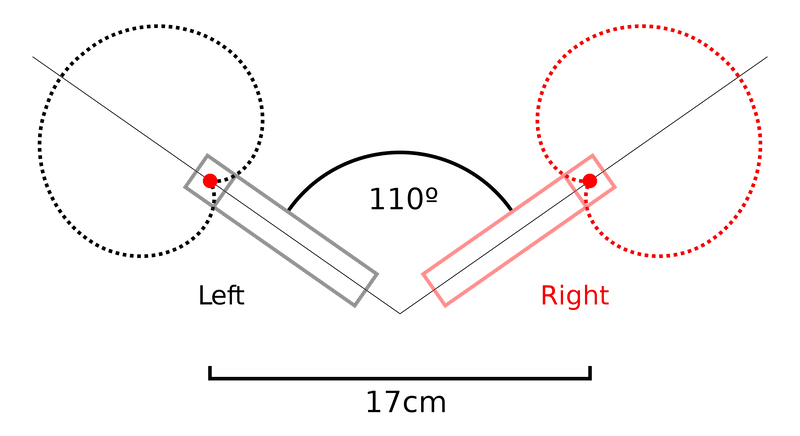 ORTF stands for Office de Radiodiffusion Télévision Française. Radio France invented it as an alternative to X/Y. As a near-coincident pair, the mic capsules are spaced 17 cm (~7 inches) apart and pointed outwards at a 110° angle. The capsules should be in the same horizontal plane but pointed more widely outward than a coincident pair.

ORTF mic technique simulates the position of our ears on our head. It emulates how we hear, capturing both ITDs and IIDs to create a natural-sounding stereo image. It provides a good balance between ambiance/spaciousness and stereo localization with minimal phase issues. 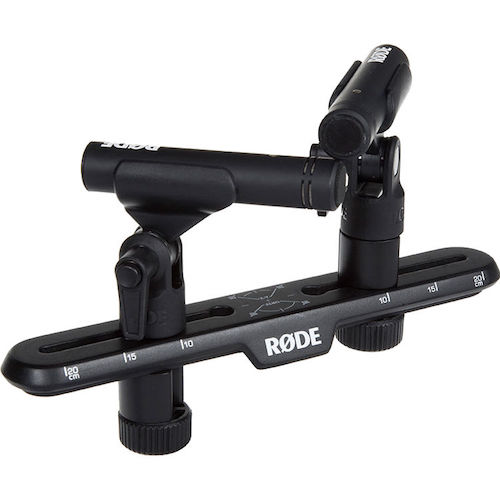 Some companies, such as JM Acoustic, manufacture fixed clips that hold microphones in the ORTF position. All you need is a single stand; just fasten the ORTF mic clip to it and you have a fast, repeatable means of setting up ORTF.

Røde also makes an adjustable Stereo Bar so you can set up ORTF or X/Y. It comes with handy measurement markings in centimeters, as well as angle adjustment markings for proper placement. Purpose-built mounts like these make stereo recording quick, easy, and most of all, precise.

While there is definitely some flexibility in terms of positioning for ORTF or any other stereo technique, the numbers given have been heavily researched and universally concluded as the best-sounding placement.

ORTF mic technique uses a near-coincident pair of cardioid microphones. The capsules should be spaced 17 cm apart at a 110° angle. ORTF provides a realistic-sounding stereo image with decent mono compatibility; that means your instrument won’t disappear completely in mono.

It also minimizes phase issues that occur with wider stereo mic techniques, like the A/B spaced pair. Overall, ORTF is a very balanced method of stereo recording that sounds quite natural and similar to how we perceive sound in the real world.