Today, the series gets a new addition with Archetype: Gojira — a Grammy-nominated metal band from France, led by guitarist/vocalist Joe Duplantier. He’s known for his unique and crushing tones, faithfully captured and summed into a single plugin from Neural DSP.

Archetype: Gojira sets out to cover as vast a ground as the bands’ incredible compositions. The amp/effects sim is flexible enough to cover everything from mellow ambient sounds to the most punishing high-gain tones. Plus, it comes with a couple new formulas from Neural that recreate Duplantier’s infamous pitch-shifting techniques. 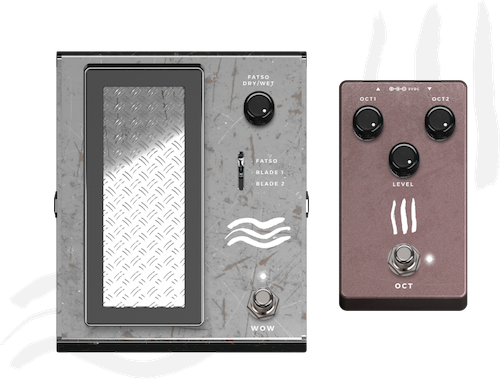 Four effects emulations run in front of the amp for further manipulation of your guitar tone. These include an Overdrive pedal (OD), Distortion (DRT), Phaser (PHSR), and a Chorus (CHR).

There’s enough flexibility between the pitch and pre-effects to create some pretty outlandish sounds, à la Gojira. But the real core of the plugin is, of course, the Amps section!

At the heart of Archetype: Gojira are 3 amplifiers modeled with Joe Duplantier to capture every nuanced component of Gojira’s versatile and monstrous sound.

Other effects included are a graphic EQ, as well as Delay and Reverb. And like all of the Archetype plugins, Gojira comes with Neural’s Cabsim section featuring hundreds of custom IRs by Adam ‘Nolly’ Getgood.

Archetype: Gojira is a welcome addition to any guitarist’s arsenal.