The Neural DSP Archetype Plini is a state-of-the-art amp sim and effects plugin. Built to Plini‘s exacting specs, the plugin covers the wide range of tones the modern prog guitarist is known for.

Neural DSP plugins have a consistent look and feel to them. If you’ve used any of their other plugins in the past, the Archetype Plini is intuitive to use.

The 5 symbols at the very top of the plugin represent the 5 modules housed within. The first is a pedal section featuring a Compressor and an Overdrive pedal. Apparently the Compressor is based on a ‘widely used bus compressor,’ which appears to be an LA-2A re-skinned as a stomp box. Finally, the Overdrive pedal falls into the Tubescreamer category — one of the best ODs for tightening up high-gain amps or adding a bit of grit to a clean channel.

Next, we have the amp module. Unlike the aforementioned Nameless plugin, Archetype Plini features 3 amps which we’ll look at in more detail below. Following the amps is a 9-band graphic EQ for added tonal control. This leads straight into the Cab module which features 6 virtual microphones and a ton of built-in IRs. It also functions as a third-party IR loader.

Lastly, the Neural DSP Archetype Plini has a time-based effects module including reverb and delay. Plini himself is a huge fan of both, particularly delay, for adding dimension to leads.

If you’ve ever listened to his work, cleans range from reverb-laden crystalline ambience to fuller, jazzy chord tones. His lead sounds are mid- to high-gain, wet, and responsive to pickup position. And of course, Plini incorporates plenty of ultra-tight high-gain rhythm playing into his music as well. 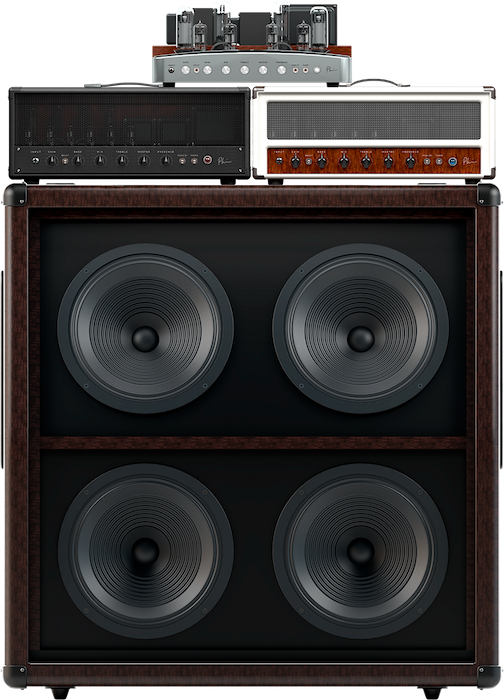 Organic is sort of an ambiguous term when it comes to music and tones, but this plugin has that ‘feel’ in spades. It’s almost as if Neural captured Plini’s musical philosophy and distilled it into an inspiration machine.

He’s a gifted songwriter and composer, and a virtuoso guitarist, but if you’ve ever heard him speak on his creative process, it’s as organic as it gets. Plini’s technical prowess was born out of wanting to hear a specific sound recorded, and not out of playing the instrument for sport.

The plugin almost seems to embody this approach to musicality and expressiveness. It’s very dynamic and responsive to your playing; there are no excess or unnecessary features; it’s simply meant to inspire, and sound great while doing it.

The Neural DSP Archetype Plini is a very versatile plugin, but the clean and lead tones are where it really shines. You can dial in a pretty nasty metal rhythm tone, but there are other Neural plugins which do that better. If you need a high-quality amp sim specifically for liquid leads and crystal cleans, then this would be an excellent choice.

One thing to keep in mind is the best buffering rate for the Neural DSP Plini on your system. Latency can be an issue with many amp sims, so you’ll probably want to shoot for a lower buffer size to minimize that.

This is one of the top questions that pops up for people when they’re shopping for Neural plugins. Plini and Nolly are two of the biggest names in modern progressive music — albeit for different things (though they have done a song together). While not a full-time guitarist (he is an exceptional multi-instrumentalist), Nolly is an outstanding modern metal producer and engineer whose tones people envy. Naturally, he has his own Archetype plugin as well.

Archetype Nolly is similarly featured compared to Plini, though it does throw an extra ‘Rhythm’ amp into the mix. The truth is they’re quite similar plugins, with slightly different characters. You can accomplish much of the same thing with either plugin, just with varying amounts of spice.

Neural makes such good plugins that this really is a tough decision. The best thing anyone curious can do is download the 14-day trial and test both out.

Neural DSP are at the forefront of amp sims. The GUIs are sleek and intuitive, the sound quality is industry leading, and their forward-thinking collaborations with modern guitar’s best players suggest innovation is a priority.

The Neural DSP Archetype Plini is as fine a plugin as any of the company’s other offerings, and one of the best out there for anyone trying to capture some of the genre-spanning versatility in Plini’s music.