Overdrive vs Distortion: What’s The Difference?

Two of the most common effects guitarists use are overdrive and distortion. No matter how long you’ve been playing, though, it can’t hurt to have a better understanding of overdrive vs distortion, how they’re similar, and how they’re different. And most importantly, how you can use them to get the sound you want!

We wouldn’t be writing this article if there wasn’t some confusion about overdrive. It’s sometimes mistaken for distortion in that it can sound angry when pushed; really, though, it’s a totally different beast and can actually be used in combination with distortion for tight, high-gain metal tones. More on that later!

The sound of overdrive is technically a mistake. What do we mean by that? Overdrive is a type of soft clipping that occurs when amplifier tubes are driven too hard—the signal hitting the tube goes beyond what the tube can actually handle, and the top of the waveform is cut off. That’s how we get the gritty, moderately distorted tone we associate with overdrive. The effect is also very dynamic, responding to how hard or gently you play. Since it’s a type of soft clipping you won’t get searing distortion, but enough dirt to muck things up!

So that’s how the effect is produced in the wild. Overdrive pedals are designed to make your tubes work harder, recreating the sound and feel of playing a cranked tube amp at volumes that won’t destroy your hearing.

How to Use Overdrive

Overdrive works great for any style of music where you want a little bit of crunch, but you don’t need ultra-saturated high-gain tones. Just put the effect in front of your amp and dial in as much level and drive as you want. What you’ll end up with is a tone similar to how your amp would sound completely turned up beyond safe listening levels.

The Ibanez Tube Screamer is one of the most famous overdrive pedals ever made. When you turn up the Drive on a Tube Screamer, funnily enough it doesn’t sound much like a pushed tube amp. Instead, the Level control is what mimics that sound. That’s because most overdrive pedals are used as a boost—an additional gain stage that lets you hit the first tube in your amp harder, causing it to saturate. The gain circuit is there to add more grit, if wanted, but the level and output of the pedal is what drives the tubes.

As a boost, overdrive pedals work beautifully in front of high-gain amps. In terms of overdrive vs distortion, the two can actually be used together. A pedal like the aforementioned Tube Screamer adds a pronounced mid bump and low cut when turned on. In front of the dirty channel on a high-gain amplifier like a Peavey 5150 or Mesa Dual Rectifier, the result is an overall tightening of the signal that sounds incredible for palm muted riffing. 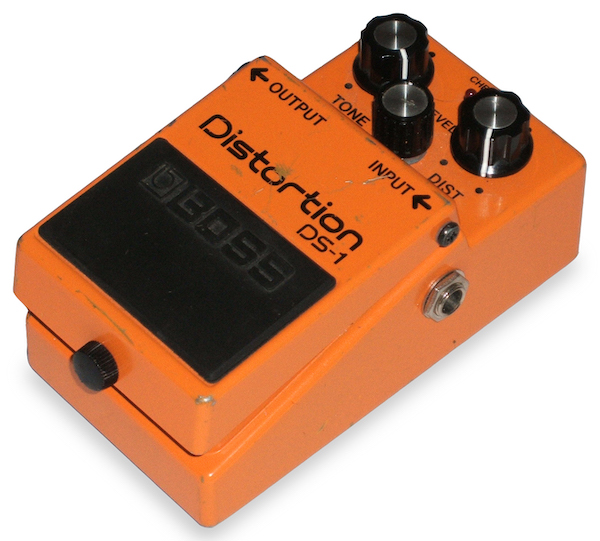 Distortion pedals rely on hard clipping to create a square wave style of saturation with lots of third order harmonics. The sound is way more aggressive than overdrive because it completely alters the sound of your amplifier rather than just giving it a push on the front end. Depending on what you’re going for, you can dial in distortion pedals for any variety of over-the-top hard rock and metal tones.

When it comes to overdrive vs distortion, the former is very dynamic and responds well to how you pick. Distortion, on the other hand, makes the signal sound uniform. Finding the sweet spot on a distortion pedal can be tricky. Too much can add a layer of white noise; think about what the Boss Metal Zone pedal did for the ‘chainsaw’ Swedish death metal tone in the early ’90s. It’s aggressive and downright ugly!

Too much distortion sounds muddy and undefined; big chords will sound like mush, and any subtleties in your technique will be washed away in a sea of noise. It’s easy to go overboard, so ‘less is more’ is a healthy approach when it comes to distortion pedals. You might also find a noise gate helpful if your distortion is a little out of control.

How to Use Distortion

Clean ‘pedal platform’ amps like a Fender Deluxe, for example, need distortion pedals for hard rock or metal. An overdrive is too tame to push a clean amp into high-gain territory. 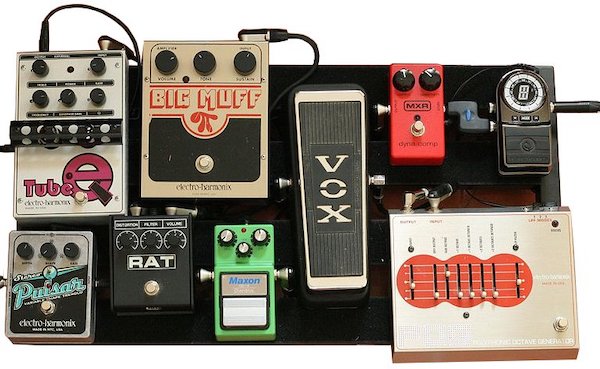 Overdrive is a type of soft clipping that pushes tubes into saturation at tolerable volumes. The sound is dynamic, warm, fat, and a little bit gritty. Overdrives are used as boosts to recreate the sound of tubes being driven.

Distortion is a standalone effect you’d want to use in front of the clean channel on an amp. As a type of hard clipping, distortion completely warps your sound for heavy tones best suited to metal.