What Is Saturation (And How Do I Use it)?

Saturation is an engineer favorite. It’s one of those tools that, used effectively, can take an instrument or mix to the next level. If you’re asking yourself “what is saturation?”, they you’ve come to the right place!

What Is Saturation in a Mix?

Saturation is an effect that originated in the analogue world. Engineers discovered that when they pushed the input of a piece of gear too hard, what you’d get out of it was a signal with a bit of compression and light distortion. We as listeners and engineers tend to love both of those “musical sounding” things, so you’d have people push their equipment just a little too much—and it sounded great!

Different types of equipment can produce different kinds of harmonics (or both): even and odd. Even harmonics can sound—and here’s the audio cliche of all cliches—”warm” and “old-school,” but in a good way. On the other hand, odd harmonics tend to be much more aggressive—think of a high-gain guitar amp.

To summarize, saturation is just a subtle form of distortion.

How Is Saturation Achieved?

If you have hardware, you can still achieve analogue saturation by pushing your gear hot. These days, though, most of us are workin in the box, which means we use saturation plugins that emulate the effect of “real-life” saturation.

In the absolute simplest terms, saturation is a subtler kind of distortion. “Distortion” distortion is a more extreme effect, and we can go back to the high-gain guitar amplifier example above to imagine that sound. There’s a ton of breakup and aggression with distortion, whereas saturation can be thought of as more of an enhancement than a full-blown destructive effect.

Now we can get into the different kinds; mind you, these all originated with hardware!

Tape machines create a gorgeous style of saturation that smooths out transients with pleasant compression; some high-end gets rolled off; and it throws in some lovely harmonics to top it all off.

With tape machine plugins, you’ll get a rich, sort of mellow sound that’s great for thickening up a mix. 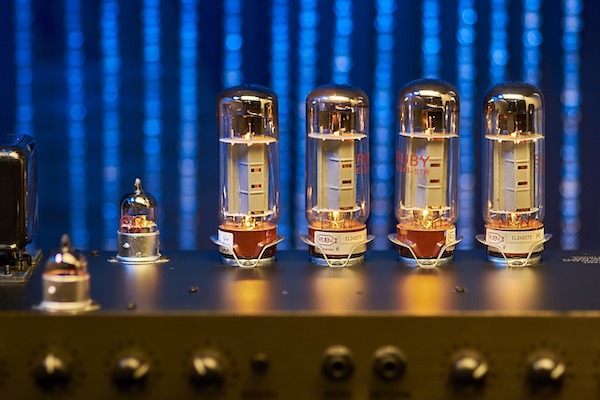 Tube saturation might be the most popular form, and there are all sorts of different plugins emulating the sound of tube pre-amps. Tubes tend to generate even harmonics and warmth through a slight boost in low-end material. It can be subtle, or you can push it harder for more drive and grit.

Used effectively, you can drastically influence the perceived loudness of an instrument, group, or mix.

Finally, we have the most common type of hardware saturation: transistor. And that’s really only because tubes weren’t as common in gear as transistors were! Transistor saturation creates odd harmonics and hard-clipping compression. The sound is unique and textured, and depending on how hard you push it, the compression can make something sound more or less “punchy” and defined.

How (and When) to Use Saturation in Your Mix

You can toss saturation on any instrument or bus you’d like, and even the master channel (at moderate levels). It does such an incredible job of adding sonic character at gentler settings, and you can even use it as a creative effect to totally destroy something.

You can increase the perceived loudness of an instrument because how it introduces both compression and harmonics to make something sound much fuller and richer, but also controlled. There’s really no right or wrong time to try out effects—you’ll never know how it sounds unless you give it a shot!

Instruments That (Usually) Benefit from Saturation

All of them! Only half-joking…you really can get a lot of mileage out of saturation.

Want to take your saturation skills to the next level? Check out the Pro Mix Academy Course Mixing Modern Metal with Jordan Valeriote!