Piper Payne is a mastering engineer, educator, and active member of the audio community based in Oakland, CA and Nashville, TN. The biggest recent update from Piper is the company she started in Oakland (Neato Mastering) has now joined famed Infrasonic Sound mastering house!

Piper has mastered music across a wide range of genres, including Third Eye Blind, Madame Gandhi, Geographer, Elettrodomestico (Jane Wiedlin/Go-Go’s), Shamir, Between You & Me, David Messier, and Fritz Montana. 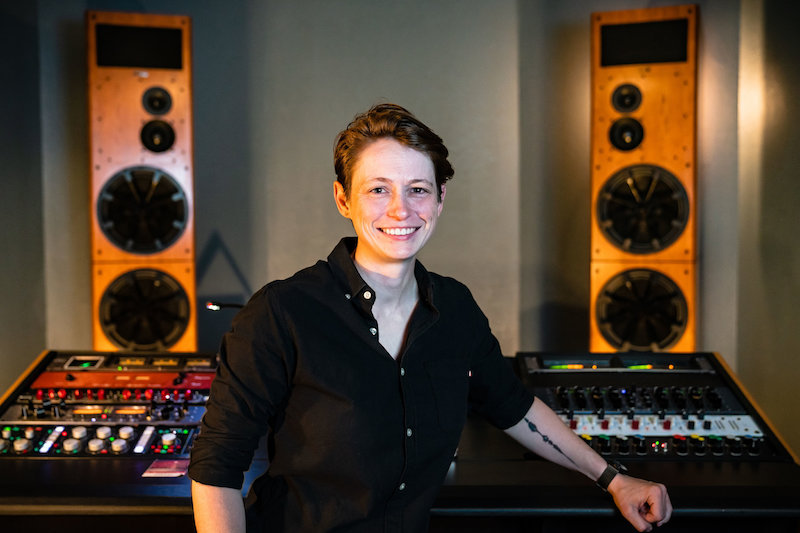 Piper Payne is heavily involved in the audio community.

Piper has also shared her expertise as an audio professor and guest lecturer on the recording and mastering processes. She got her start out of college with a BFA in Audio from The University of Michigan, and continued her education in Audio at the University of Stavanger in Norway where she earned her graduate degree. She values education, which was paramount in starting her career, and gives back to students coming up!

She used to teach as an adjunct professor at the Los Medanos recording arts program and the Diablo Valley College Music Department. Though she had to give up the position to take on more mastering projects, Piper still teaches for Women’s Audio Mission, soundgirls.org, and lectures at schools like SAE/Expression, Pyramind, New World Symphony, and Ohio University.

Beyond the classroom, Piper also regularly appears as a public speaker at events to tell her story about coming up in a very competitive industry.

Piper had incredible mentorships from some of mastering’s finest.

Piper has had the amazing opportunity to apprentice under some of the best-known mastering and audio mentors in the world, including Bob Katz and Michael Romanowski!

For a time, she worked at the Banff Centre in Alberta, Canada as the Senior Audio Associate. The work-study program had her develop a variety of unique skills, like the ability to climb glaciers for film sound design and record jazz orchestras later that same day!

Mastering has always been her primary focus, though, and something which she excels at. As a musician, Piper is a drummer and has experience in many different genres! 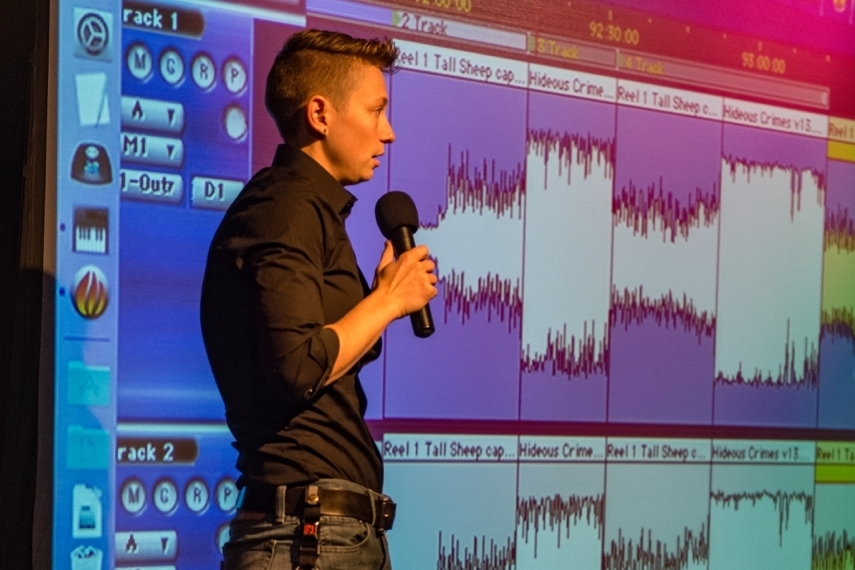 As of Spring 2019, Piper Payne is a member of the Infrasonic Sound team!

Infrasonic Sound is a mastering studio owned by Pete Lyman and operated by himself and fellow engineer Dave Gardner. The studio first opened its doors in Los Angeles 14 years ago and has expanded to a second location in Nashville and a third in Oakland with Piper!

Infrasonic Sound specializes in audio and vinyl mastering. Over the years, Pete has worked with a variety of artists, including Jason Isbell, Weezer, Panic! at the Disco, and Chris Stapleton. The latter’s 2016 release, Traveller, won a Grammy for Best Country Album. Pete also mixed and mastered Jason Isbell’s 2015 record, Something More Than Free, which went on to win a Grammy for Best Americana Album.

When Infrasonic welcomed Dave Gardner to the team in 2012, he brought decades of experience with him as the former founder of Magneto Mastering in Minneapolis. He’s mastered projects for the likes of Rocket from the Crypt, Hot Snakes, and Black Lips, to name a few. Both Dave and Pete are tremendously talented mastering engineers. Though their respective workflows are slightly different, the two share similar sonic aesthetics which makes working together a breeze.

The Infrasonic team had no hesitations welcoming the incredible Piper Payne onboard!

Watch the full interview with Piper below!