We had an opportunity to sit down with Kim at Summer NAMM to talk about all things mastering and her new product the P331 Tube Loading Amplifier!

Kim has a wonderful new product here the Whitestone P331 Tube Loading Amplifier. The concept of this is rather interesting, but if you understand it you’ll know it is a good idea.

When Kim told me about the concept last year at an event I loved it. Although it’s not an inexpensive piece of gear, I know it will help a lot of people.

Kim has already sold a P331 to one of the most famous mastering engineers in the world Greg Calbi.
Greg was interested right off the bat. He went over to Kim’s studio to see the unit she was using and he wanted to get one into his studio right away.

Once he received his P331, he loved it and said it’s functionality worked right into his workflow. “it did things that he wished he had other pieces of gear to do.”

As you know I work with Jack Douglas a lot and he is always talking about how Greg is an incredible mastering engineer.

Kim Rosen is a 6-time Grammy-nominated mastering engineer who works out of her studio “Knack Mastering” located in Ringwood, NJ, USA.

Kim grew up in the town of Northampton in Western Massachusetts, at an early age Kim Realized she wanted music to be the main part of her life. She carved a path for herself through the local music scene, in 2002 at the age of 21, Kim moved to NJ to began her journey as an intern at a mastering studio.

A couple of years of production, training and assisting in sessions, Kim had the opportunity to take on mastering projects of her own. For the next five years, Kim earned hundreds of mastering credits including projects from Jeremy Enigk, Franz Ferdinand and Dashboard Confessional. 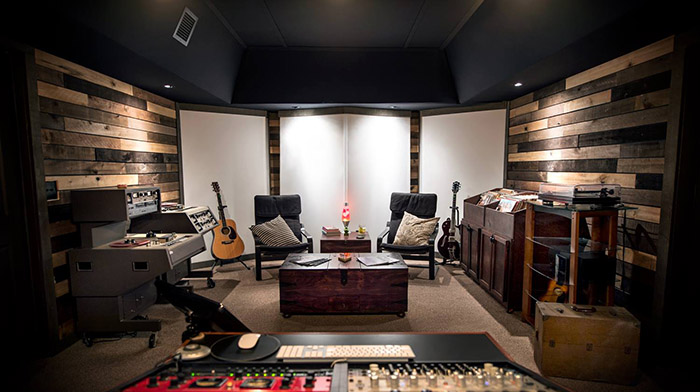 In 2009 at the age of 28, Kim decided to go out on her own. She built her new studio with the help of renowned acoustician Chris Pelonis. The mastering room at Knack is a world-class listening environment, with analog and digital gear that was carefully chosen for its sound quality as well as its versatility.

Kim now has a growing client list that includes producers and engineers such as Ryan Freeland, Ed Cherney, Joe Henry, Matt Ross-Spang, Paul Q. Kolderie and independent and major label artists from around the world.