Sean Beavan is a musician, record producer, and audio engineer who is best known for his work with Nine Inch Nails, Marilyn Manson, Gunns N’ Roses, God Lives Underwater, and Slayer. He is revered for his work in industrial and metal. His creative pursuit of perfection is matched only by his charming studio manner that pushes artists to the best performances of their careers. It is this unique combination of qualities and talents that attract artists from outside the world of metal, such as No Doubt, Churchill, and more.

Beavan first fell in love with music by simply hearing it on the radio. He became fascinated with it and how it was put together. He began looking into the producers and the people who worked behind-the-scenes on the songs he loved hearing on the radio so much and decided that was what he wanted to do too. The hardest part, he says, was figuring out how to get there.

Beavan began his music career in his hometown of Cleveland, Ohio, playing bass and singing for various local bands. He also played fretless bass with Eric Carmen (of Raspberries) on the song “Hungry Eyes” on the Dirty Dancing soundtrack. While working as an engineer at The Right Track Studio in Cleveland, Beavan met Trent Reznor, who was also working in the studio at the time. Reznor heard Beavan working on music for his own band, and asked if Beavan would be interested in mixing for Nine Inch Nails because what he was working on sounded so great. It was Reznor who began to connect him to some great names in the industry. 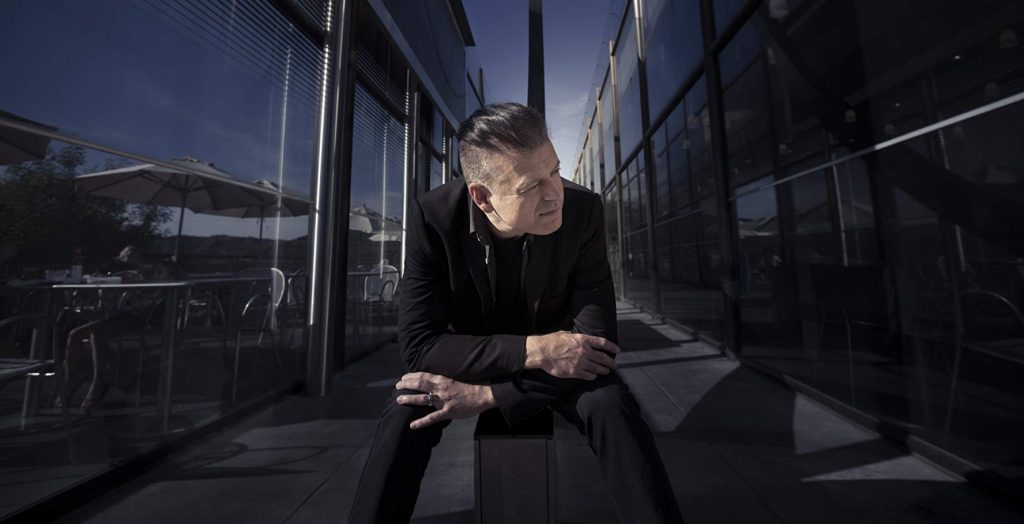 Reznor asked Beavan to mix the demos of what would become Pretty Hate Machine, the debut album of Nine Inch Nails. Over the years, Beavan mixed sound for many of Nine Inch Nails’ concerts, and eventually became like an unofficial member of the band. Beavan continued to work with Nine Inch Nails for many years, and worked on their Downward Spiral album as well.

In late 1997, Beavan moved into the Hollywood Hills to begin production on Mechanical Animals with Marilyn Manson.

Beavan’s intution, studio ingenuity, and creative aproach inspires an artist’s best work and pushes them to create career-defining recordings. His mixing talents are coveted worldwide for their textured perfection that heightens the audio experience.

Currently, Beavan is involved in his own band – 8mm – with his wife Juliette Beavan.

Watch the full video below to hear more about Sean Beavan’s work and his experience in the industry!