Wavetable synthesis is a technique used in certain digital music synthesizers to produce natural, note-like sounds. An existing instrument’s note can be sampled and parsed into a sequence of wavetables. Wavetable synthesizers differ from subtractive, additive, and FM/AM synths. In wavetable synthesis, waveforms live in an indexed table as single cycles that can be randomly accessed by the instrument. Wavetable sythesizers can be used to create drones and pads that change in complex ways by sustaining the note. Alternately, you can create percussive sounds by using angular waveforms with a shorter envelope.

There are many fantastic software wavetable synthesizers on the market. We’ll take a look at some of our favorites below.

What Does a Synthesizer Do?

A synthesizer is a type of electronic instrument that generates different audio signals. We typically picture them as keyboards, as they commonly are, or they can be hardware modules where you create sound through various routing. The signals that a synthesizer generates can be modulated with different effects like filters, low-frequency oscillators (LFOs), and envelopes.

Common types of synthesis are additive, subtractive, frequency modulation (FM), and wavetable, amongst others.

What Is Wavetable Synthesis?

Wavetable synthesizers use single-cycle waveforms, typically sampled from another instrument, to generate sound. The result can be very natural, note-like sounds. The synthesizer modulates the chosen waveform to vary the sound.

When you hold a note down, wavetable synthesizers can create these really lush pads and drones that go through complicated modulations. 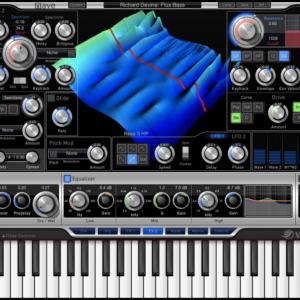 What started as an iOS synthesizer has evolved into a full software wavetable synth for your favorite DAW. From Waldorf:

Serum is one of the most popular wavetable synths on the market, used by countless producers and electronic artists. One of its key features is the ability to import your own audio to create custom wavetables and custom sounds. From Xfer:

“The dream synthesizer did not seem to exist: a wavetable synthesizer with a truly high-quality sound, visual and creative workflow-oriented interface to make creating and altering sounds fun instead of tedious, and the ability to ‘go deep’ when desired – to create/import/edit/morph wavetables, and manipulate these on playback in real-time.” 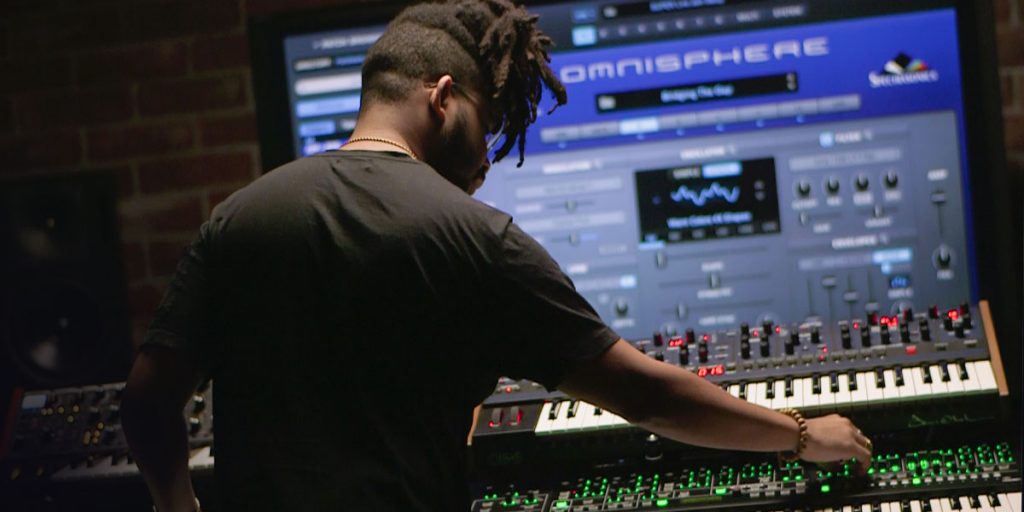 Omnisphere is another popular software synth available. Its massive library (14,806 sound) is enough to sift through for years, with sounds for any application imaginable.

Beyond that, a very unique feature setting it apart from other software synths is its hardware integration. Spectrasonics elaborates:

“Omnisphere is the only software synth in the world to offer a Hardware Synth Integration feature. This remarkable innovation transforms over 65 well-known hardware synthesizers into extensive hands-on controllers that unlock Omnisphere’s newly expanded synthesis capabilities. 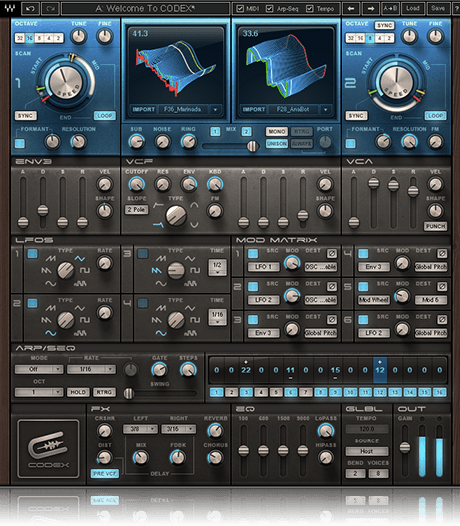 Plugin giants Waves also produce their own wavetable synthesizer called Codex. As is the case with most of the Waves library, it’s one of the most affordable software wavetable synthesizers available. Codex features custom-designed oscillators and a dynamic visual display of the waveforms in use to create complex sounds intuitively. Read more:

“The Codex synth comes with hundreds of original sound presets, but also lets you import your own audio files, turn them into wavetables and manipulate them as you like. Thanks to its advanced formant control technology, Codex maintains consistent resonance character that is true to the original signal and gives you direct control over the acoustic resonance of the sound. Codex also innovatively uses a high-resolution FFT-based automatic interpolation technology that results in extraordinarily smooth morphing as you sweep through wavetables.” 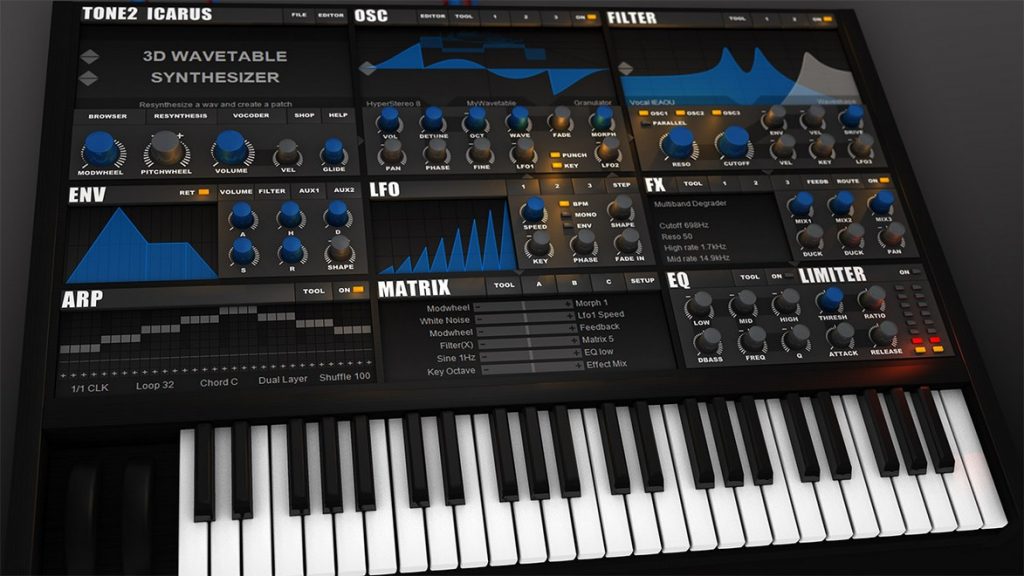 “The award-winning ‘3D wavetable synthesis’ creates sounds impossible with other synths and reveals a new level of dynamic expression. Icarus is truly a ‘3D wavetable synth.’ We have extended the classic wavetable synthesis, so that it can cross-blend waveforms, with an added morph dimension.
“You can use any of the 54 different morph modes to further shape the wavetable sound: You have the choices of waveshaping, time-stretching, pitch- shifting, granulizing, stacking, PWM, formant shifting, BPM syncing, phase distortion, reversing, ring modulation, sync, rearranging, FM, spectral editing, looping, denoising, mixing and so on. Anything is possible.” 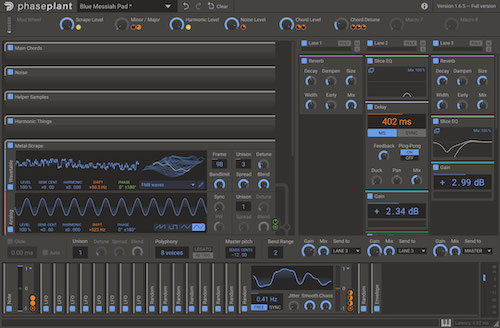 Phase Plant by Kilohearts is a unique semi-modular synth with four different generators—one of which is a wavetable generator. What’s really cool is that Kilohearts is in the ongoing process of developing more generators which software owners can download for free, making this an incredibly versatile, and ever-evolving software synth. 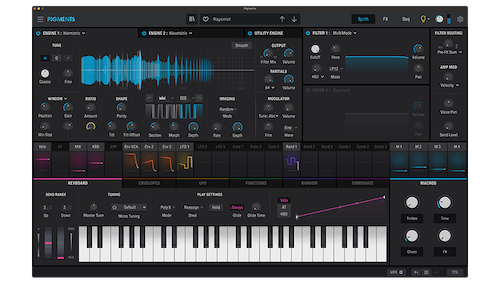 Pigments is completely blank canvas (hence the name). It allows you to combine any four sound engines (generators) for a massive array of sounds—one of the engines containing over 160 individual wavetables. If you’re unsure where to begin, over 1200 presets are sure to get you headed in the right direction. 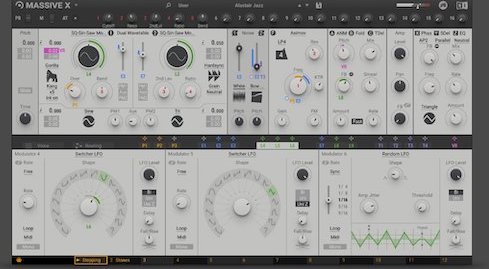 Massive X is the reimagining and rebirth of the iconic Massive synthesizer. At the core of the instrument is a new oscillator section where you can select from 170 different wavetables. Massive X also lets you patch in complex routing quickly and intuitively to let your experimental side take over.