Our Top 10 Guitar Riffs of All Time feat. Quist

We recently had the amazing opportunity to sit down with Quist – aka Jacob Quistgaard – of QuistTV!

Quist first picked up his father’s acoustic guitar when he was just 6 years old, learning chords and Dylan-esque finger picking from his father and a local teacher. After getting a start in his first bands, Quist moved to London as a teenager, where he studied Jazz at the Royal Academy of Music for 4 years.

Quist has performed all over the world, including at The Royal Albert Hall, The Hollywood Bowl, Coachella, Glastonbury, and Abbey Road Studios, as well as in many prime time international TV & radio shows.

Over years of touring and simultaneously posting his trademark jam tracks on YouTube, Quist has found his own audience and a rising profile as a solo artist on a unique path. He continues to expand and interact with this online “jam family” through his original music, jam tracks, improvisations, and guitar remixes. 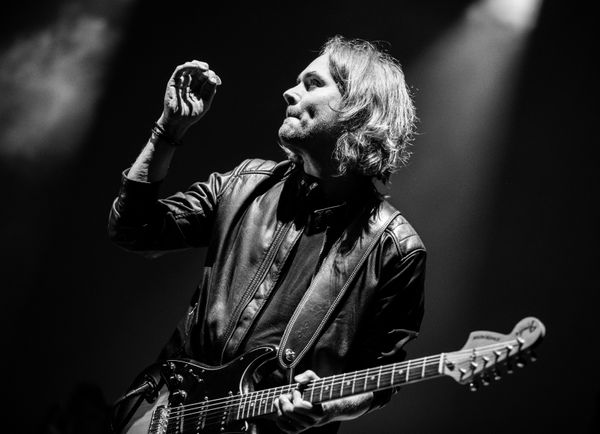 One of my favourite parts of Quist’s site, and what makes up the majority of the content on his site, are his jam tracks. Quist has hours upon hours of tracks that you can use to develop your skills. From modal practice tracks to odd time signatures, 2-5-1 progressions and all out rock vibes, there are tons of different tracks that you can use in any way you like. You can choose whatever style, mode, or topic you want, and then you can use the jam tracks to have fun, to come up with your own melodies and riffs, practice your scales, learn time signatures, or just improve your skills in general.

Quist wants his channel to inspire creativity! All of his jam tracks, Wednesday Warm-Ups, and other content is meant to help you develop your skills as a guitarists and inspire you to get creative and create your own riffs and melodies. Whether you are a beginner or an advanced guitarist, there is always something new you can learn, and Quist’s channel has something for everyone!

I have actually learned quite a bit from Quist’s videos and jam tracks, so it is very exciting to get to sit down with him! Today, we are going to be our Top 10 Favorite Guitar Riffs with you! Below is a list of the guitar riffs that have influenced both Quist and myself, from being the first riffs we learned, to ones that we saw our favorite guitarists playing that inspired us to become better guitarists ourselves.

Watch the full video below to see how these riffs influenced Quist and me, and to learn more about QuistTV!