Not all, but many of the plugins we reach for while mixing in-the-box are modeled after analog gear. Engineers made some of the best sounding records of all time well before any of us started recording in our bedrooms; and most of the time they did this using large-format consoles and plenty of amazing outboard gear!

There’s an undeniable ‘magic’ in classic analog equipment that we associate with well recorded and mixed music. The goal with digital tech, it seems, isn’t to reinvent the wheel, but to try and capture some of that magic with plugins modeled after analog gear. And of course, it does it more affordably, more conveniently, and in the comfort of our homes.

A boost isn’t just a boost and a cut isn’t just a cut. Not all equalizers are created in a vacuum, and that’s exactly part of the ‘magic’ we talk about. Lots of times engineers will use a certain EQ because they’re trying to achieve a specific sound. Or they’ll even use multiple units on one instrument; not because it sounds that bad, but because each EQ is adding its own flavor and mojo.

Some are even known for doing one specific thing exceptionally well, like the ‘air’ band on Mäag Audio’s EQ4. By no means a comprehensive list, these are just some of the most popular plugins modeled after their analog counterparts.

Pulse Technologies developed their original EQ back in 1951. They probably had no idea the stuff they made in their garage would be copied by virtually every EQ developer ever since, both hardware and digital. To this day, the Pultec remains an industry standard.

The Pultec’s mojo comes from the ability to boost and cut the same frequency at the same time. This lends itself to some really ‘musical’ and pleasant sounding EQ curves you just don’t get from anything else. 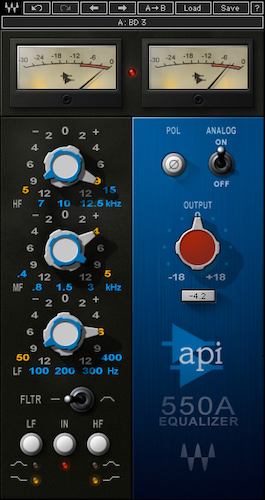 API’s 550A came out in 1971 and has been referred to as the ‘sound of American music.’ The OG 550A was a 3-band EQ with boost/cuts in even increments from 2 to 12 dB. You could also switch the low and high bands between a shelf or bell. When the 550B came out years later, it added a 4th midrange band for a bit more control.

The API 560 shared the same internal op-amp as the famed 550 series before it. This one, however, is a 10-band graphic EQ. It certainly has its own ‘thing’ going on compared to the 550s. Both the 550 and 560 are certainly EQ plugins modeled after analog gear you’d want to try. 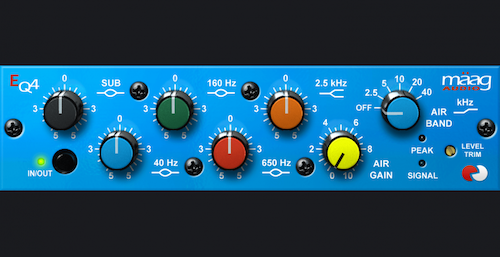 Perhaps this unit doesn’t have quite the same name recognition or reputation as Pultec or API, but it’s just as incredible and has been used all over the place. It’s a go-to vocal EQ for artists like Madonna, Celine Dion, Snoop Dogg, Black Eyed Peas, and more.

It’s most talked about feature is the Air Band: a selectable boost at 2.5, 5, 10, 20, or even 40 kHz. The Air Band is super musical and works great for adding some top-end magic to whatever source needs it. 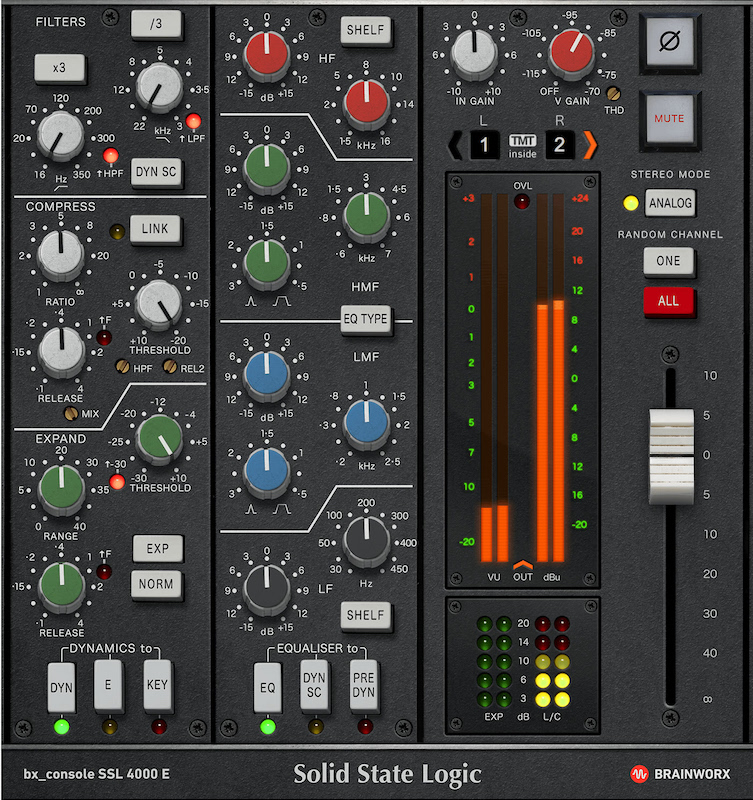 A full channel strip with incredible EQ, both the SSL 4000 E and G series consoles have been modeled time and time again. The SSL 4000 was widely considered the sound of the ’80s after the E came out in 1979, followed by the G in 1987.

The E and G EQs are mostly the same, although the G added more versatility. The G’s low shelf came with the option to divide frequencies by 3 for more range; similarly, the high shelf can be multiplied by 3 for more range. It also has steeper filter slopes, and a cool variable bandwidth for smoother adjustments when boosting or cutting huge amounts.

The Neve 1073 preamp is one of the most beloved and replicated preamps of all time. There are many hardware units and  plugins modeled after just the preamp alone. However, the EQ is just as amazing as the preamp.

The 1084 came out as an update to the 1073. It came with more adjustable parameters: selectable high shelf; selectable bell curve with ‘high Q’ option; selectable low shelf; variable high- and low-pass filters.

Compression is another fundamental tool engineers have been using for decades to make amazing records. Like the Pultec that came out in the early ’50s, the youngest of the ones we’ll see here came out just several years after that!

And just like EQ, compressors come in all different styles and flavors.

The 1176 is the most recognized compressor in the world. Urei first released it in 1967. What made it so revolutionary was that it was the first limiting amplifier to use solid state technology instead of tubes. The 1176 is what we call a FET (field-effect transistor) compressor which gives it that punch and presence we’ve come to love.

There’s no threshold on the 1176 — just an Input knob to adjust the amount of gain reduction. Its controls are also ‘backwards’ compared to other compressors in that 1 is the slowest and 7 is the fastest for attack and release. Measured in micro or milliseconds, you could see how it’s a bit confusing.

1176s are famous for their ‘All Buttons In’ mode as well. Pushing all the ratio buttons at the same time creates some pretty crushing compression great for room mics or parallel processing.

The 1176 and LA-2A go together like Kobe and Shaq (or LeBron and Davis!). They make an unbeatable pair when it comes to serial compression — that is, the 1176 catching the initial peaks and the LA-2A sopping up the rest and ‘gluing’ everything together. This makes them great on something like a vocal bus.

The LA-2A is an optical tube compressor. An optical photocell ‘sees’ the incoming signal, and then a tube applies compression. The greater the signal, the brighter the light and the harder the unit compresses.

It only has two knobs — peak reduction (threshold) and make-up gain. Everything else is fixed, making it one of the simplest designs out there. And it sounds fantastic!

Fairchild compressors are absolute beasts. They’re heavy, they’re expensive, and they’re old. Fairchilds came out in the late ’50s as a 660 mono version and a 670 stereo version.

These compressors use variable-mu technology which means the ratio changes depending on the input signal level. They look a little crazy with their various massive controls, but they’re pretty easy to use. Basically, you would dial in the amount of gain reduction using the Input and Threshold controls. The Time Constraint controls the attack and release times simultaneously.

These guys at really at home as bus compressors. 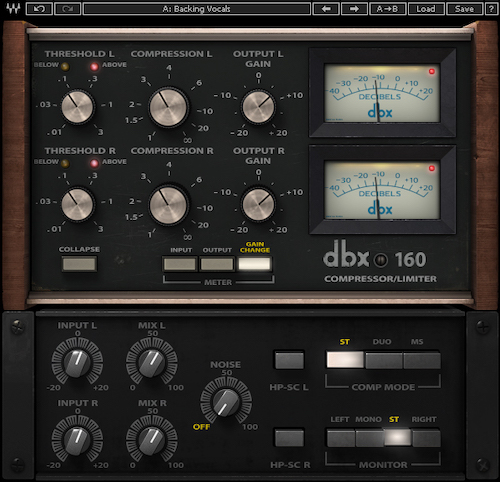 Another classic from yesteryear is the DBX 160A released in 1971. We’ve seen FET, opto, and variable-mu tube compressors so far. This one is a VCA compressor with a ton of punch for things like kick, bass, snare, and vocals.

You’ll recognize familiar Threshold, Ratio, and Output (make-up gain) controls, though attack and release are both fixed. Those are each dependent on the input signal.

The API 2500 is primarily used as a bus compressor. It works great on drums or even the mix bus. Its Release control includes fixed or variable options, while the Attack, Threshold, and Ratio controls offer musical tweaking throughout their range, making the API 2500 an excellent option for any bus application.