Scale Degrees: What Are They and Why Do They Matter in the Studio

Engineers and producers can always benefit from understanding the basics of music theory. Knowing enough of the “language of music” to get by is helpful for communicating effectively with session musicians, for example. Having the ear is most important, but if you can explain yourself coherently, that’s always a plus! Today we’ll talk about scale degrees and why it’s worth learning their technical names.

What Are Scale Degrees and Why Are They Important?

Degrees are just the numerical value assigned to a given note in a scale. We know that diatonic scales like the major and minor contain seven notes a piece (and also contain five whole steps and two half steps in specific orders). Consider C Major as an example:

We call the root, C, the 1 or the first degree. From there, the numbers ascend sequentially with the notes in the scale. Pretty easy, right? For example, the fifth note—G in the key of C major—is also called the fifth scale degree, or the 5. There are technical names ascribed to each note in a scale which we’ll get into shortly as well..

We’ve already established that the major and natural minor scales contain seven notes a piece. The other name for that, mentioned above, is a diatonic scale. You’ve probably heard of the pentatonic scale as well, which only contains five notes. That means it’s missing two scale degrees. For the sake of this article, we’ll list all of the technical names of a diatonic scale.

Before we move on, we’ll list the structure, in terms of whole and half steps, of both major and minor scales. It should help us better understand some of the lingo used later.

The tonic is the first note, or first degree, or a scale. It’s also commonly called the root, and serves as the tonal center of the key.

The supertonic is the second degree in a scale, which is also a whole step above the tonic in both the major and natural minor. On its own, it’s a non-chord tone, so it creates a bit of tension that can be interesting. Supertonics also have a tendency to pull toward the dominant.

If you’re counting along, the mediant is the third degree of a scale and very importantly establishes whether the key is major or minor.

The fourth degree of the scale is the third most powerful tone in any scale, alongside the tonic and dominant. Have you ever heard of a I – IV – V chord progression? Those are chords built on the tonic, subdominant, and dominant in a major key.

Apart from the tonic, the fifth scale degree is the most powerful tone in the scale. The interval from the tonic to the dominant is called a perfect fifth; if you play the tonic and dominant together on a guitar, for instance, that’s a power chord.

The sixth scale degree is called the submediant. It sits a third below the tonic and certainly helps establish the overall feel of a scale, though to a lesser extent than the mediant. The sixth naturally pulls toward the dominant.

Finally, we have the leading tone in a major scale and the subtonic in the minor scale. The leading tone is called such because it is a half-step below the tonic. When you play a leading tone, you can strongly resolve to the tonic for a total release of tension.

In the natural minor scale, the seventh scale degree sits a whole step below the tonic. Since it’s further away than a leading tone, it gets its own snazzy name—the subtonic.

Utilizing Scale Degrees in the Studio 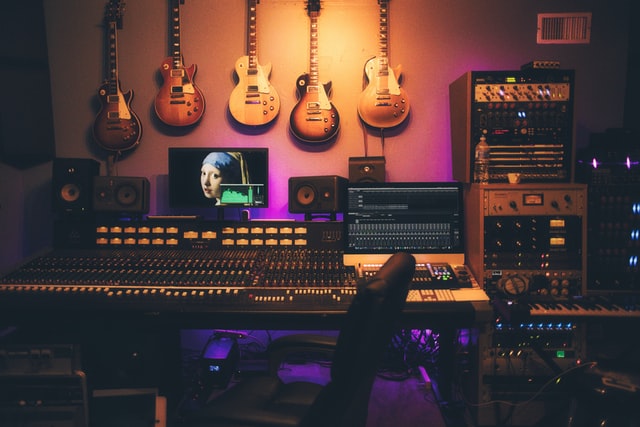 Firstly, knowing scale degrees allows us to speak “music” to experienced musicians who prefer to communicate in theoretical terms.

Most importantly, though, you should familiarize yourself with how each scale degree sounds in relation to the tonic as well as the notes around it. When you know what a leading tone going into a tonic sounds like, you can more easily identify it. The better we understand scale degrees—emphasis on how they sound—the better decisions we can make when putting together melodies and chord progressions.