The launch of UA’s Volt series marked a major departure from the pricier Apollo line. It introduced a handful of affordable USB interfaces, namely without the onboard DSP that was required to power UAD plugins. In retrospect, the Volt interfaces were the start of a bigger shift at Universal Audio — one which saw the gate-kept DSP plugins give way to native software, and access to UAD’s sought-after analog emulations now managed through the subscription-based UAD Spark program. It’s been a monumental year for Universal Audio.

With the Volt hardware, the goal is to bring a bit of analog magic to digital recording systems at great prices. All of the interfaces come with a selectable preamp mode modeled after the legendary 610. And those with “76” in their name feature a FET compression switch that gives a bit of 1176-style control. Universal Audio sees forward to the future with Volt interfaces, while retaining a firm reverence for classic analog design and sound — in a way only UA could manage.

Universal Audio Volt Review: Which Is Best for Me?

There’s a lot of crossover between each of the interfaces in the Volt lineup. The main differences are total I/O and whether it has a modeled compression circuit. Above all, the Volt audio interfaces marry high-quality sound with ease of use. Anyone can plug these in and enjoy a unique UA recording experience. All Volt purchases also come with a suite of production software, including Ableton Live 11 Lite, Melodyne Essential, and more. 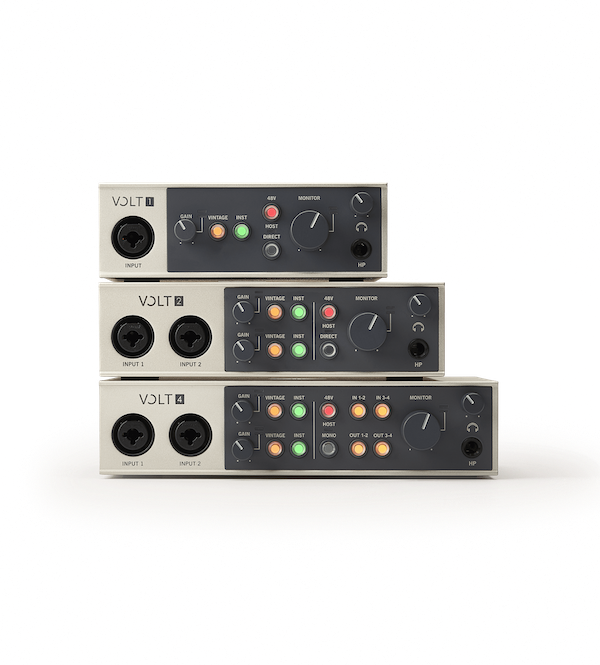 The Volt 1 is the baseline model in the series. It features a single mic/line/Hi-Z input with vintage 610 tube preamp emulation. The Volt 1 has two line outputs for monitors as well as MIDI I/O for compatible devices. This is the perfect introduction to Volt interfaces for solo recordists.

Next we have the Volt 2, which is comparable to many of the most popular 2-in/2-out interfaces out there. It adds an additional preamp over the Volt 1, and both have independent Vintage switches. The Volt 2 is a dependable interface for most home recording applications. 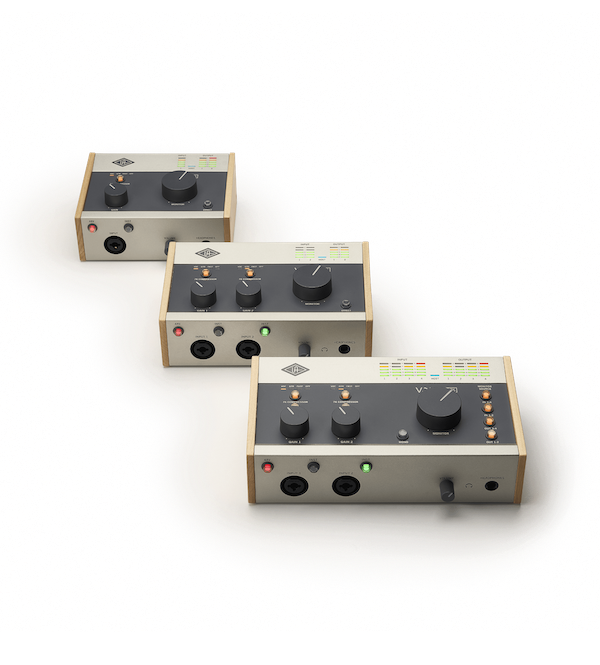 The Volt 176 expands on the Volt 1 with the FET compression circuit. You can run it in three modes, which include vocals, guitar, and “fast.” It also expands visual monitoring with a larger input signal meter and stereo output meters. For plug-and-play analog flair, the 176 is a great choice.

A step beyond the 176 is the 276, which, like the Volt 1 versus Volt 2, offers the addition of another preamp. Both preamps include independent 76 circuits, so you could, for instance, record a guitar and vocals simultaneously with their own compression settings. The 276 would be a nice home studio centerpiece with plenty of power for the majority of home recording needs.

The 476 is a formidable 4-in/4-out audio interface for more varied connections. It provides two mic preamps and two line inputs in addition to four line outputs not including the main monitor outs. That is, of course, in addition to all of the features included in the rest of the Volt lineup.

Our Take: The Volt 476 Offers Everything You Need (And Then Some)

If you had to choose one Volt interface, with potential expandability in mind, the 476 is a nice choice. Not only do you get the awesome analog emulated preamp and compression circuits, but you get a pair of line inputs for additional instruments and sound sources.

Overall, we like seeing UA dip into the entry-level interface market, doing it in a way that elevates what it means to be an affordable interface. They’ve put their analog signature on USB interfaces in a really cool way.