Wilbert Roget, II is a premiere composer in the video game industry. He has scored numerous AAA and indie titles, including Star Wars: First Assault, Call of Duty: WWII, Mortal Kombat 11, Guild Wars 2: Path of Fire, Lara Croft and the Temple of Osiris, Dead Island 2, and Anew: The Distant Light. His work has gone on to win numerous awards and nominations from the Game Audio Network Guild (GANG) and the Academy of Interactive Arts and Sciences (who hosts the D.I.C.E. Summit).

Wilbert grew up in Philadelphia where he started playing piano at age four. It wasn’t until high school when he took an interest in cinematic storytelling through video games as a medium. Around the time, he was particularly influenced by Japanese video game and anime soundtracks, like Nobuo Uematsu’s and Hitoshi Sakimoto’s music for the Final Fantasy series and Yoko Kanno’s music for Cowboy Bebop.

In 2008, he became a staff composer at LucasArts, where he scored several Star Wars games and was music editor on different titles. His final soundtrack for LucasArts was the unreleased Star Wars: First Assault, which was a live orchestral score recorded by the London Symphony Orchestra at Abbey Road Studios. 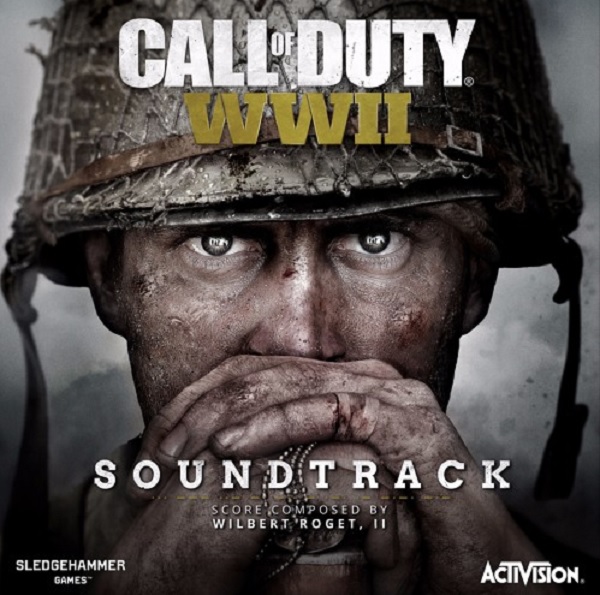 As a freelance composer, Wilbert has worked on many major titles, such Destiny 2: Forsaken, Call of Duty: WWII, Lara Croft and the Temple of Osiris, and Mortal Kombat 11. He’s also currently working on the indie project Anew: The Distant Light.

Wilbert is a multi-instrumentalist and records flute, keyboard, accordion, and guitar parts himself. He’s also highly influenced by classical music: for example, his Call of Duty score was influenced by Claude Vivier’s “Zipangu,” Toru Takemitsu’s “Requiem for String Orchestra,” and Krzysztof Penderecki’s “Threnody for the Victims of Hiroshima.”

The same year he joined the LucasArts team, Wilbert founded a sound development company called Impact Soundworks with fellow composer Andrew Aversa. At that time, there were a handful of major virtual instrument companies, but not many were creating affordable and flexible libraries featuring experimental sounds.

Since then, the team has striven to cater to the needs of modern composers who require samples that are easy-to-use but also distinctive and inspired. Impact Soundworks’s samples are widely used in film and game composers and sound designers.

Wilbert works mostly in the video game music industry, but he also gives back as an active participant in academic music programs. He has recently served as visiting faculty at the San Francisco Conservatory of Music from 2018-2019 in the Department of Technology and Applied Composition, and has guest lectured at Yale and the University of Rochester.

In 2016, he completed a solo carillon commission, Island Stones, for the University of Michigan School of Music, Theatre & Dance. He has also given presentations and appeared on panels at the Game Developers Conference, ASCAP Expo, PAX, PAX Dev, and MAGFest.

Over the past decade, Wilbert’s incredible scores have consistently won awards and nominations from the Game Audio Network Guild (GANG) and the Academy of Interactive Arts and Sciences (D.I.C.E. Awards). With his Call of Duty: WWII soundtrack alone, Wilbert impressively swept the GANG Awards for Music of the Year, Best Interactive Score, Best Original Instrumental (tied), Best Game Audio Article/Publication, and Best Soundtrack Album, which was also nominated for a D.I.C.E. Award in “Outstanding Achievement in Original Music Composition.”

Likewise, in 2014, his soundtrack for Lara Croft and the Temple of Osiris was nominated for a D.I.C.E. Award in Outstanding Achievement in Original Music Composition and the GANG Awards for Music of the Year and Best Original Instrumental.

Please enjoy this conversation with Wilbert Roget, II at GameSoundCon!