We usually recommend starting out with the highest quality microphone you can afford; whether your budget is $100 or $10,000, there are numerous choices out there that can get you professional sounding recordings at home.

It’s hard to create a short list with so many amazing options, so don’t be alarmed if certain popular microphones didn’t make the cut. Feel free to explore some of our other lists of the best mics for different applications!

First, you’ll want to understand the difference between the two most prevalent mic types: condensers and dynamics.

In general, condensers are somewhat fragile and expensive compared to dynamic mics. They also require +48V phantom power from an audio interface, preamp, or mixer.

Dynamic microphones are more robust than condensers. They’re best on loud sound sources like electric guitar or bass, drums (kick, snare, toms), aggressive vocals, and more. The sound isn’t as detailed as a condenser because it takes a lot more acoustic energy to move the coil in a dynamic microphone. Still, there are many workhorse dynamic mics suitable for many types of recordings. They do not require phantom power.

Here’s a final thought on condensers vs. dynamic microphones, particularly for the home studio. Since condensers are quite sensitive, it’s possible that they pick up a ton of room reflections if you don’t have any acoustic treatment. That could easily ruin a recording, in which case a less sensitive dynamic microphone might be a better choice for an untreated space.

In any case, we definitely recommend investing in some basic treatment to make the most of your home studio. Regardless of the microphone, recording in a room with a lot of ambient echo will be tough to get a clean recording in.

What Is a USB Microphone, and How Is It Different?

Both dynamic and condenser USB microphones are available. USB mics plug straight into the computer and are great for content creators, like YouTubers or live streamers, who need to amplify their voice/instrument but don’t want to fuss with an audio interface. They’re quite convenient, but we wouldn’t recommend them for someone trying to establish a proper home studio.

An audio interface should be one of your very first purchases, in which case you’re able to use professional XLR studio microphones at that point. 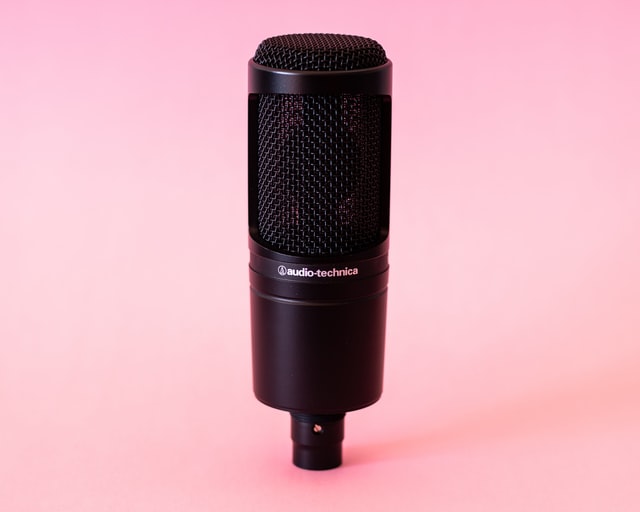 The AT2020 is one of those essential microphones for someone just heading out on their recording journey. Its low-mass, medium diaphragm design has a full-spectrum frequency response and reproduces transients incredibly well. On a budget, you really can’t go wrong with this microphone for your home studio. 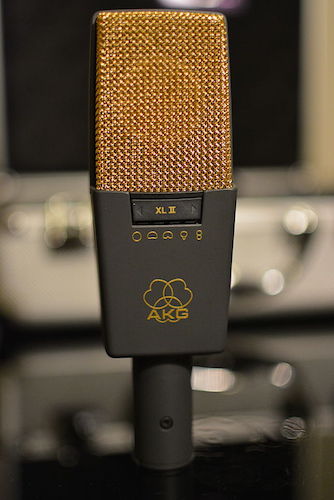 The AKG C414 is a premium workhorse studio condenser. Some of its DNA comes from the lauded C12, so the sound is upfront, slightly present, and spatially accurate. If you only bought one nice condenser for your studio, you could absolutely get a 414 and record just about anything with it. It isn’t cheap, but it’s also relatively affordable for everything it offers. 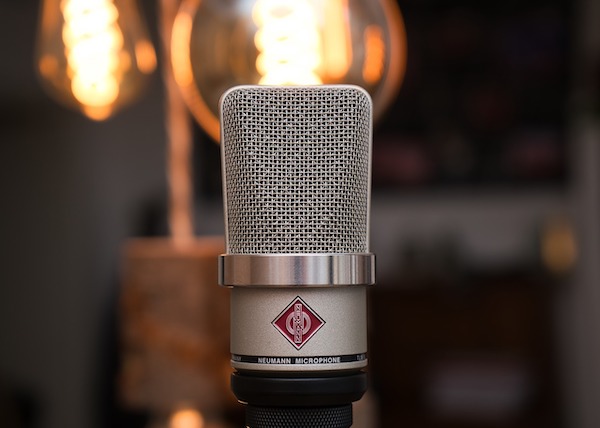 The TLM 103 has classic Neumann sound and is super versatile, namely due to its very low self-noise. That means you can record low-level sources with pristine quality that doesn’t get noisy when you have to crank up the gain. Lots of engineers like it on vocals and even on electric guitar, and it’s been put to use on incredibly dynamic classical recordings. 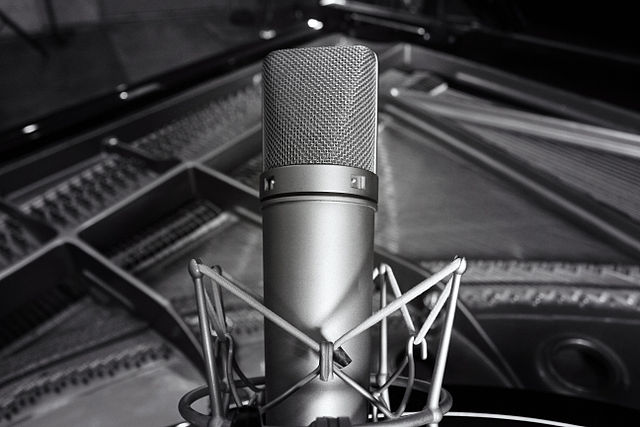 The U 87 is probably the most famous large diaphragm condenser ever made. Over the course of a few years after it debuted in 1967, you could find 87s in virtually every studio in the world — and that’s still the case today. The thing about 87s is that engineers use them on practically every sound source imaginable. Vocals, horns, drums, guitar (acoustic and electric), room mics, everything. If you have the budget to acquire a prestigious mic like this one, it’s definitely worthwhile. 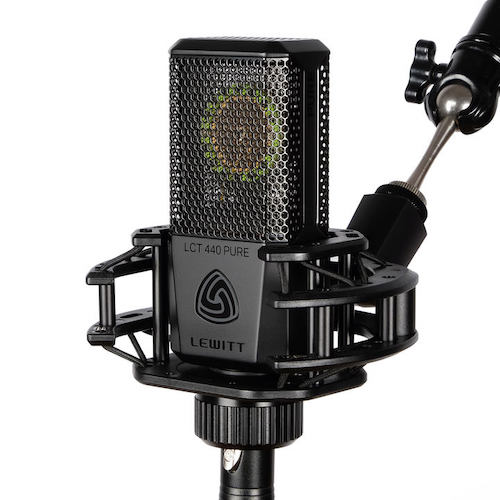 Lewitt microphones ooze quality and class at prices anyone can afford. The LCT 440 PURE is an excellent large diaphragm condenser designed as an all-around workhorse. You can record vocals, acoustic guitars, wind instruments, drums, and even guitar cabinets with a mic like this. Certainly don’t overlook the Lewitt stuff on your hunt for the best home studio mic. 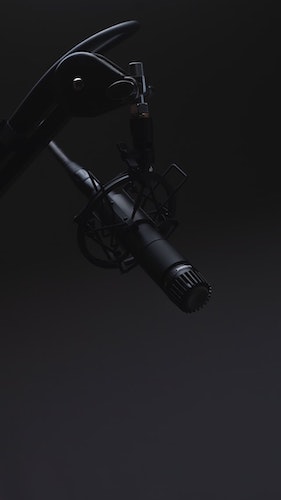 In the land of dynamic microphones, none other is more renowned than the SM57. Shure’s legacy is in cement by way of the 57 alone. It’s one of the most durable, affordable, and versatile dynamic mics ever made, and certainly one of the best home studio mics available. You should definitely consider having a pair of 57s in addition to the single best condenser you can afford. 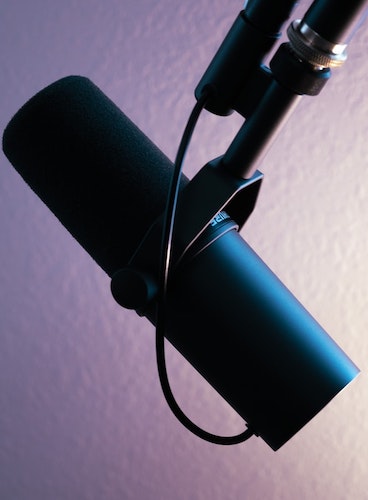 Another big Shure hit is the SM7B, which is primarily known as a broadcast microphone. Upon release, radio and TV studios loved the SM7; by the ’80s, Bruce Swedien was recording Michael Jackson’s vocals with it. Today, you’ll still see the SM7B in radio and podcast studios, and live streamers love it as well. For music and home studio applications, it’s awesome on vocals and even electric guitar.

One tip: this mic requires a lot of gain to drive it. Most modern interfaces have enough clean gain on tap, but the SM7B is frequently bundled with an inline gain boost such as a Cloudlifter so you don’t have the drive the crud out of your preamp.

The E-V RE20 is another mic made for broadcast/voiceover, but engineers have developed love for it on kick drum and bass guitar. The reason being, for a dynamic microphone it’s almost immune to proximity effect. So even when you’re close miking a bass cabinet, for instance, the already present lows don’t become overwhelming. It presents low-end accurately and is a longtime favorite dynamic mic. 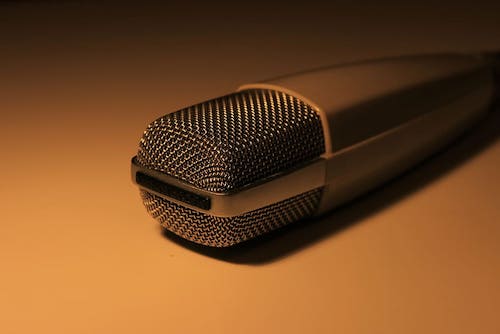 There’s a ton of variety in the world of microphones. What’s funny, though, is that we tend to see the same names pop up over and over again. The Sennheiser MD 421 is a perfect example of a mic that’s universal in studios everywhere. It’s most popular on toms, but it’s also favored on electric guitar and even vocals. 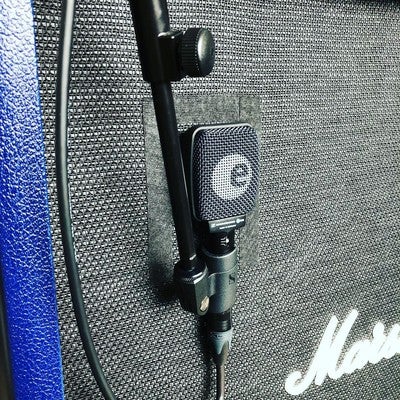 Now here’s something a little different. Sennheiser’s e 906 is a supercardioid instrument microphone. This thing is fantastic on guitar cabinets, which the flat design lends itself to. You can park this right up on a speaker and it’s totally unobtrusive. It also works great for drums and percussion, and even louder acoustic instruments like horns.

In our opinion, the best microphone for recording vocals at home is the SM7B. Why would we pick that over any of the phenomenal condenser mics listed? Well, for one, the SM7B is quite affordable. Not only that, but it sounds amazing and can really take a beating — not that it would in your home studio.

Most importantly, the SM7B is a very directional and insensitive microphone. So if you have to record vocals but don’t have the optimal acoustic environment to do it, you can get still manage decent results. It would honestly be a waste to purchase something like the U 87 for vocals and use it in an untreated room.

With that in mind, the SM7B is our pick for the best mic for vocals in your home studio.

You can’t go wrong with a workhorse condenser. The 414 is so good on so many sources, and especially what you’d record in a home studio — vocals, acoustic guitar, and similar instruments. This isn’t the first time I’ve said this in an article about microphones, but a prominent record producer once told a class of recording students that you could record anything with a pair of 414s and 57s.

The mid-range 414 is the best all-around mic for home studios.