Reamping takes place in two stages during both the recording and mixing phases. A reamp box is a specially designed device that allows you to send a clean guitar signal from your DAW to an amplifier, letting you tweak tones on the fly using a pre-recorded signal.

Reamping is an awesome technique. To put it simply, reamping is a process in which you record a clean DI, and then send the clean track through your amps, effects, and mics for re-recording.

There are tons of upsides with reamping. First and foremost, you have to put yourself in the guitarist’s shoes. Usually a musician delivers their best performances early in a session, while they’re still fresh and not fatigued after 10 hours in the studio. That means you’ll need to get up and running fast to capture the best takes.

But what if you didn’t get the ton dialed in all the way? That’s where reamping comes in. Record the performances with a scratch tone the artist is familiar and comfortable with, and get the sound right for the mix later. Once you have all the takes you need, you can send the guitarist home! The fun begins when you can take their DI signals and run them through your collection of amps, effects, and mics.

Unless your device is a 2-in-1, you’ll need both a DI and a reamp box to properly perform the reamping technique. A DI converts an unbalanced instrument level signal to a balanced mic level signal. That’s how we get the clean track recorded.

On the other hand, a reamp box converts a balanced line level signal to an unbalanced instrument level signal. That’s so it interfaces with an amplifier the exact same way a guitar does when you plug into it. The amp will react the same way as if you’re playing it live, but you’re using a pre-recorded signal to feed it instead.

Generally speaking—and feel free to experiment—using the simplest DI offers the best results. Normally you don’t want to color the dry signal too much, because you’re going to do that later with all your favorite guitar gear. Either an active or passive DI will do, while the former tends to be more hi-fi and transparent for the absolute cleanest signal.

One final note: you can still reamp without a DI box for the initial recording. Instead, you can go direct into your interface. Load up an amp sim plugin so you have a tone to work with, then just disable it (or duplicate the channel and disable plugin on the duplicate & mute the original) to reamp through your physical rig later. This is probably the most ideal solution for home studios, since you can record silently on headphones and reamp at another time. The biggest benefit that a DI offers is the ability to run through an amp while simultaneously capturing a dry sound, which may not be ideal at home. 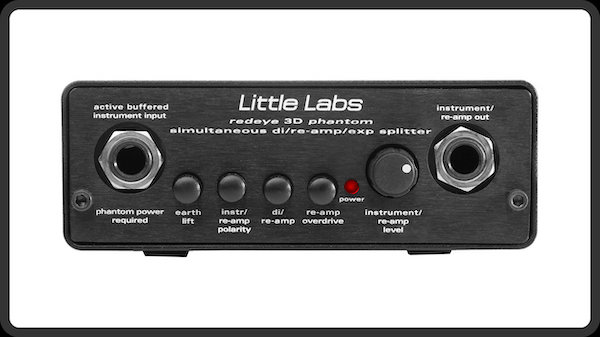 The Redeye 3D is a brilliant example of a DI and reamp box in a single unit. At the heart of the box is a Little Labs custom wound transformer. This transformer was chosen for its sonic characteristics and is made with the same core material and winding technique as the legendary UTC transformers found in many classic pro audio devices. The Redeye 3D features two of these excellent transformers for simultaneous direct box and reamping use.

Above all, it’s affordable, making it one of the best overall solutions for guitar reamping. 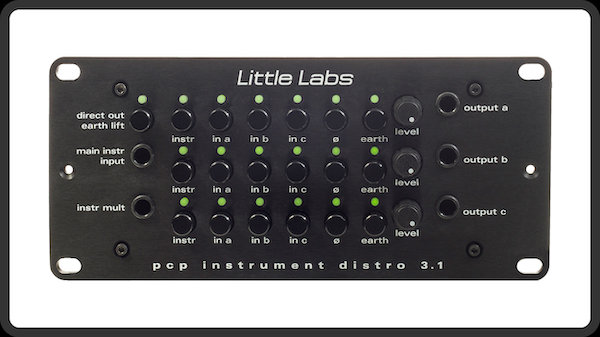 The Little Labs PCP Instrument Distro is a 1-in/3-out guitar splitter, an audiophile-grade direct box/guitar cable line driver, and a trio of pro-to-impedance level interfaces for reamping. It solves even the most complex connectivity issues, allowing you to easily mike multiple amps in a single reamp box.

The PCP is on pricier side compared to the Redeye. It may be overkill for the average home studio owner, but for professional use it can be a godsend. 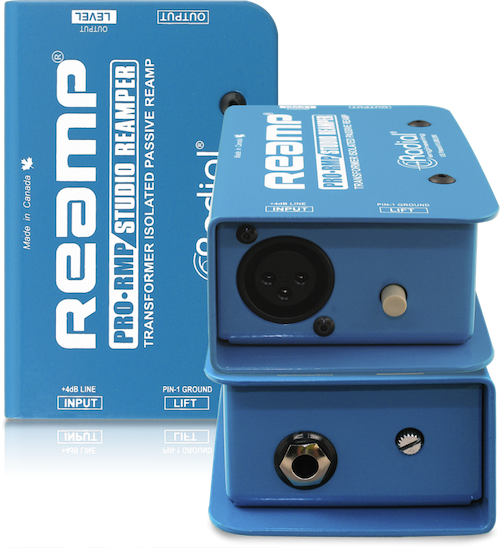 The Radial ProRMP is a simple, high-quality passive reamp box. It’s really as easy as plug-and-play from your DAW/recorder to your guitar rig—no external power required. The inner circuitry is designed to minimize electrical hum, and there’s a ground lift switch just in case loops become an issue.

For most people who want to experiment with reamping, the Radial ProRMP is one of the best, easiest to use offerings available. 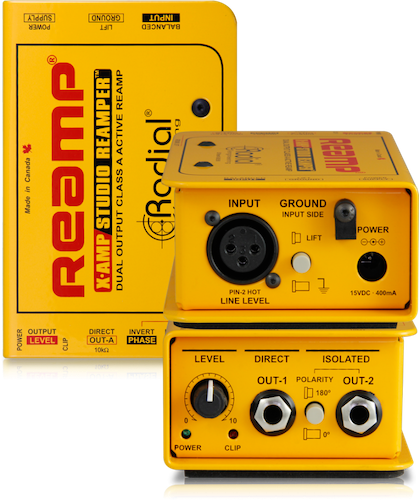 The Radial X-Amp is an active reamp box with two outputs to feed two amps at the same time. Other handy features include a Level knob to control the output level going to your amps, as well as a Clip LED to let you know if your input level is a little too hot to handle. Further a 180° polarity reverse switch ensures both amps stay in phase.

For a simple, yet slightly more feature-rich reamp box than the ProRMP, the X-Amp is an excellent choice. 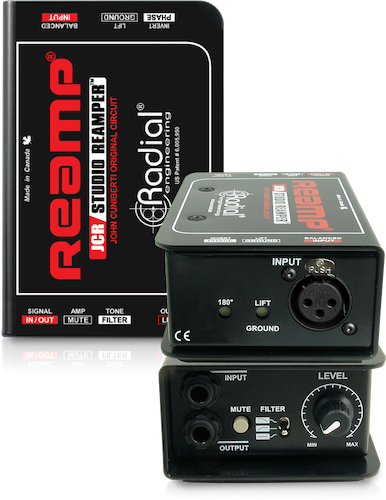 Like the ProRMP, Radial’s JCR is a passive reamp box—only with more features. Namely, it comes with a 3-way filter switch including high- and low-cut, as well as a bypass position to keep the EQ neutral. There’s also a Level control to adjust the input signal feeding an amplifier. It also features a ground lift and phase invert to compensate for amps/effects that invert the phase of the signal.

For an easy-to-use box with a useful array of features, the JCR is great for our money. 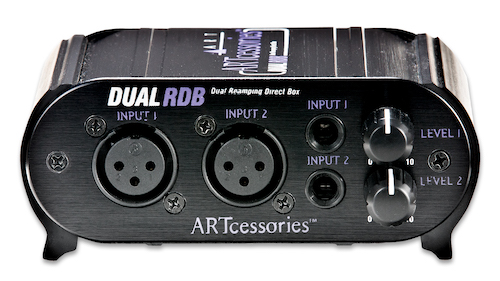 The ART Dual RDB is one of the most affordable two-in/two-out reamp boxes out there. Two inputs mean you can reamp stereo sources (keyboards, etc.—not just guitars!) or dual sources. Used straightforwardly, you can input a single DI guitar part and output it to two amps at the same time. It also has individual input level control for each channel to make sure your levels are adequate.

The Fredenstein ramDI is a 2-in-1 reamp box. It includes a DI circuit along with a dedicated reamp circuit, so this unit functions bi-directionally like the Little Labs Redeye. A key feature of the ramDI is that it offers direct monitoring of the guitar input straight through to the amp. This means you can record the DI signal along with the amp sound without introducing any latency.

For a 2-in-1 DI and reamp box, the ramDI is very affordable, while arguably not quite up to the quality standards of other boxes mentioned here.