Cardioid vs Condenser – What’s the Difference?

When you’re first learning about microphones, all of the various terms can be confusing. After reading this article, you’ll have a better grasp of the different kinds of microphones, and most importantly, why cardioid vs condenser is an invalid comparison!

The Different Types of Microphones

These are the three primary kinds of microphones:

In bigger studios, you’ll more than likely find versions of all three. Dynamics and condensers are most widely used, though, and even home studios tend to have at least one type of each. The most famous dynamic mic of all time, for example—the SM57—is a legendary workhorse that every engineer owns!

Microphones are classified by how they convert acoustic energy into a recordable electrical signal. Individually, they also have different polar patterns (the direction at which they pick up signal), of which cardioid is the most common. The distinct difference between cardioid vs condenser, and why that’s apples to oranges, will be evident shortly. 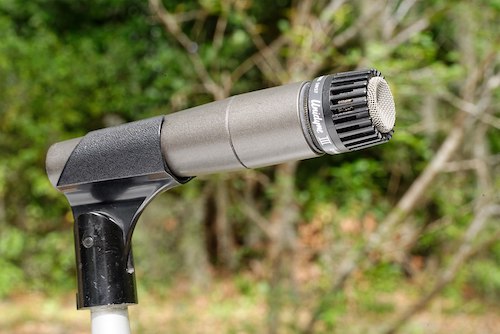 Engineers use dynamic mics all over records. They’re versatile, reliable, and generally inexpensive—perfect mics for any studio. Dynamic microphones make use of a magnetic moving coil diaphragm. What that means is acoustic energy from a sound source literally moves the coil inside the microphone, which in turn generates an electrical signal that’s recordable.

Every studio should own at least a pair of SM57s, which are famous for being the most affordable, reliable, and great sounding dynamic microphones of all time.

Condenser microphones are much more sensitive than dynamic ones. Their diaphragm is made of a solid metal plate and a thinner piece of conductive material—this forms a capacitor. When sound hits the diaphragm, the distance between the two capacitor plates fluctuates and generates an electrical signal. Condensers require +48V phantom power supplied from a preamp or interface.

Condenser mics, compared to dynamics, are more sensitive and detailed in how they capture sound. That’s because it’s easier for sound waves to vibrate a thin strip of metal than to move a dense coil. Engineers use condensers on everything: vocals, acoustic instruments, drum overheads, ensembles, room and ambient mics—you name it. Every mic has its own characteristics, but generally the condenser sound is more ‘hi-fi’ and crisp in the high end than a dynamic microphone.

Ribbon mics generate electricity using a thin metal ribbon suspended in a magnetic field. The actual mechanism is similar to a dynamic mic’s moving coil, but ribbons are much, much more sensitive. They’re typically expensive and fragile, so ribbon mics aren’t nearly as popular as they were in the past.

One great thing about ribbon microphones is that they have a very smooth, vintage sound. Back in the day, they were the number one choice on horns because they could capture all the brilliant detail of the instrument with none of the harshness. Companies like Royer have found ways to modernize ribbon microphones and make them more durable and useful all-around, but they’re still not as universal as dynamics or condensers. 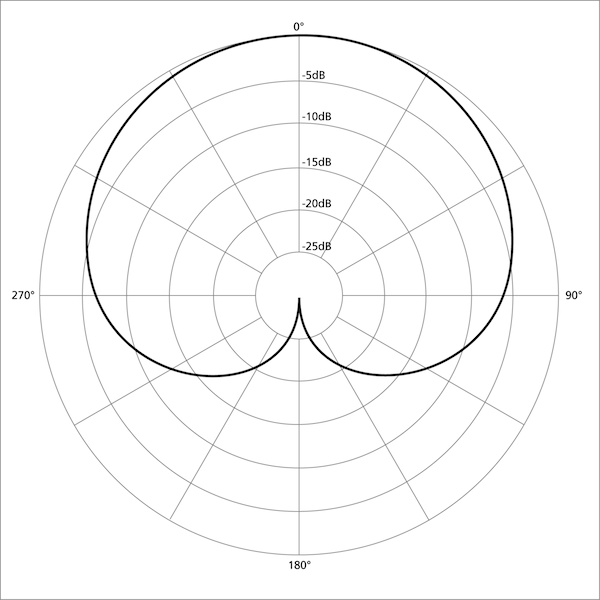 By now you’ve probably noticed that ‘cardioid’ is not a type of microphone. Rather, cardioid is a type of polar pattern utilized by different microphones; that is, the directionality of how a mic picks up sound. Cardioid is the most common polar pattern, named such because it resembles a heart. It captures sound directly in front of the microphone, and rejects sound 180° behind the capsule.

So, the cardioid vs condenser thing is an unfair comparison. A microphone can be both cardioid and condenser, because cardioid refers to its polar pattern—not its type.