Mara Machines was officially founded as a company in 2008, but the seeds were planted about 10 years prior to that. I moved to Nashville in the summer of 1998 for an internship at a recording studio, which featured a Trident 80 console and an MCI JH24 2” 24 track tape machine. The B room had an MCI JH24 2” 24 track as well. My internship turned into an assisting gig, and after a couple of years of assisting there, I went freelance and assisted at about a dozen other studios in and around Nashville.

At the time, recording on tape was the preferred method for tracking sessions, so tape machines were a routine part of every session. As a result, I was exposed to many different brands & models of tape machines; mainly Studer, Otari, Ampex, 3M and MCI. I learned how to use and calibrate each of the machines, saw the pros and cons of their designs, and got to know the types of sessions/studios that gravitated towards the different machines. It was apparent to me that the cooler sessions tended to be done on the MCI machines. At the time, I didn’t really understand why…I just associated cool music with the studios that had MCI tape machines. More on that later.

Like any piece of gear, tape machines could have issues during sessions. I found that the MCI machines were more approachable when these issues arose. A quick phone call with a tech or friend could get an MCI back on track. The more complex designs of, for instance, Studer and Otari, took a trip from a tech to sort out, especially on the tape transport (the portion of the machine that controls the movement of the tape). So, again, I tended to prefer the MCI machines in that regard.

As I grew as an assistant engineer, I began to learn more about how consoles, DAWs (which were becoming popular on some sessions), and tape machines really worked in order to be more useful on sessions when the shit hit the fan. I began to seek mentors in these areas, and became friends with several tape machine experts: Mike Spitz (ATR Services), Randy Blevins (Blevins Audio Exchange), Steve Sadler and John French (JRF Magnetics). Each of these guys taught me a ton and had their own take on a variety of topics, such as calibration techniques. I was able to learn from all of them and, over time, develop my own calibration and restoration techniques. Their training coupled with being raised by a master troubleshooter (my dad) who had given free reign in his electrical motor repair shop since I was 7 or 8 years old, put me well on my way to really understanding how tape machines work. 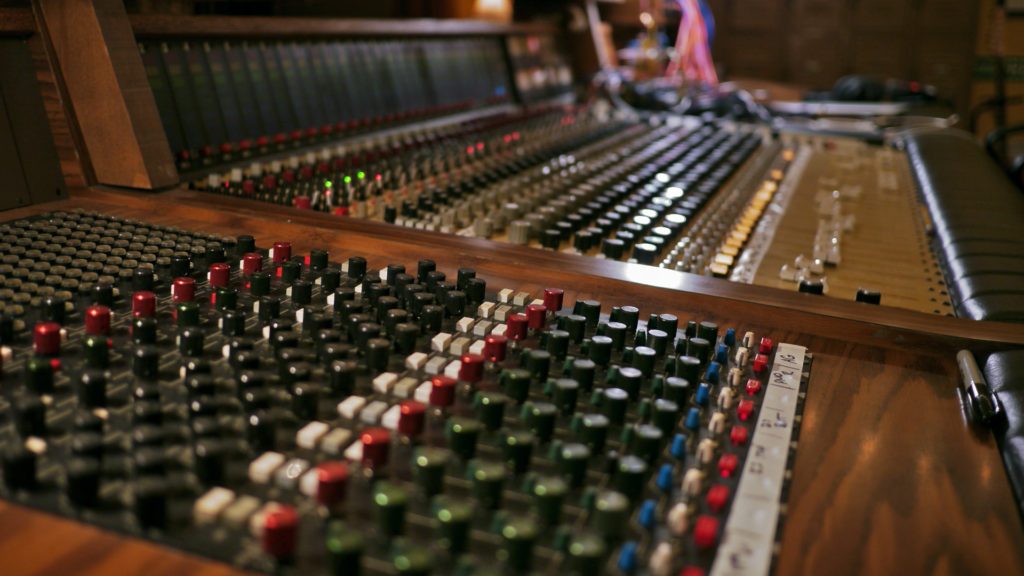 When it came time in 2008 to open my own studio, Welcome To 1979, MCI was the clear tape machine choice for me, a working class guy who wanted a kick ass studio that would be affordable for the cool people of the world. This led to me launching Mara Machines that same year, as people emailed the studio looking for advice on tape machines.

It should be stated that MCIs are not the most sexy machine made- they are very unassuming in design and are not at all flashy like the Studer or Otari machines. Their sexiness is in the simplicity of design and their sound. The design is so well thought out that it has allowed Mara Machines to succeed because they can be restored affordably and serviced remotely. The same positive experience I had as an assistant engineer stands true today with Mara Machine owners. Yes, problems come up but they can be resolved in a timely fashion and the owners gain confidence because they are part of the solution and learn about their machine in the process.

I’ve had a lot of fun over the last 10 years restoring machines and getting to know the types of people that are attracted to recording on tape, and that are attracted to MCI machines via Mara Machines. Earlier I touched on these types of people, and had learned via Wikipedia that MCI as a company purposely went for a certain price point and marketshare back in the 70s and 80s that would attract these same types of people. This is why so many awesome records were recorded on MCI equipment. Mara Machine clients are cut from the same cloth as the original MCI owners were- they want great sounding equipment that won’t break the bank, and aren’t afraid to be trendsetters.

I love the fact that recording on tape has become more relevant and feasible with new technology versus being obsoleted. As DAWs have become the mainstay, recording on tape machines that offer a sonic imprint (such as MCI) has increased, much like the use of tube and ribbon microphones have. Along with the pleasing sonic attributes that many people enjoy about tape, I’ve noticed the conversation shift over the last few years from the sound of “analog vs digital” towards the workflow aspect. It occurred to me that engineers and musicians are striving to get to the point in their careers where they can choose the tools and methods they use. A tape machine is one of the few pieces of gear you can buy that will change your approach to recording, while strengthening core recording practices that can make people better engineers and/or musicians. As a recording engineer myself, I’m often finding new ways to interface the use of tape machines in modern recording environments-which is why Mara Machines’ new motto is “bringing the past into the future”.

It’s also been a lot of fun adapting to the needs of the ‘new generation’ of tape machine owners who have never used or owned a tape machine before. We’ve been able to develop user guide videos, calibration apps and Skype support in lieu of traditional manuals or expensive service calls from local technicians (if available at all). We’ve also been able to start adding modern features to our Mara Machines such as wireless remote controls, 2520 op amp input and output stages and fun things like having the VU meter bulbs turn red when in record. The tape machine naysayers on the forums are now being put out to pasture as people realize that a properly restored tape machine doesn’t require the daily upkeep and in-depth technical knowledge that they claim.

I’m very optimistic about the future of Mara Machines- as I see the craftsman movement grow in other areas like microbrews, film photography and vinyl records, the same driving force applies to people who record music. I often point out that every time the big DAW software companies offer a paid upgrade we get a boost in sales, and I see this trend continuing.

Our plan at Mara Machines is to continue to grow by offering great restored MCI machines at affordable prices, and offer more fun upgrades as we go along. With over 300 machines in 26 states & 13 countries we’ve built a solid brand and have mechanisms in place to support our machines for years to come.