Sidechain compression is a very common, but often considered “advanced,” mixing technique. If you’ve made it this far to be curious about it, you’re probably pretty familiar with how compressors generally work. If not, there’s always time for a quick refresher!

Compressors are dynamics processors, meaning they control the volume envelope of a sound. In essence, a compressor takes a wide dynamic range and makes it smaller. You can think of it as reducing the loudness of peaks and increasing the quieter parts of a signal. This is done by operating its various parameters, which include threshold, attack and release, oftentimes knee, and make-up gain.

The threshold determines at which point in the signal level the compressor will start to work. The attack time tells the compressor how quickly to react after the threshold has been surpassed, and the release time tells it when to let go after the the signal falls below the threshold again. Compressors with a knee setting allow the user to determine how “hard” or “soft” the attack is. And finally, make-up gain, or output, is a level control allowing you add back whatever gain has been reduced.

Compressors are extremely powerful tools used all over mixes, and sidechain compression is an additional tool used for making better sounding music.

What is a Sidechain?

Also called a “key” input, a sidechain is simply a separate input into the processor. It’s uses are varied, which we’ll start to dig into below.

Sidechain Guitar to the Lead Vocal 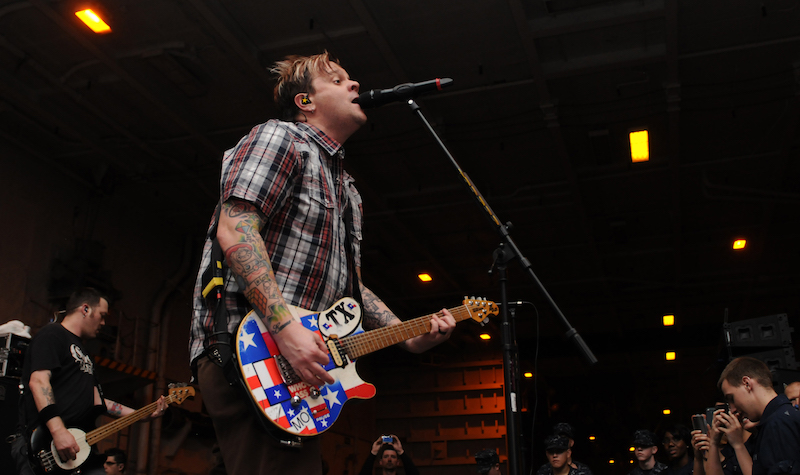 Sidechain Overhead Mics to the Snare 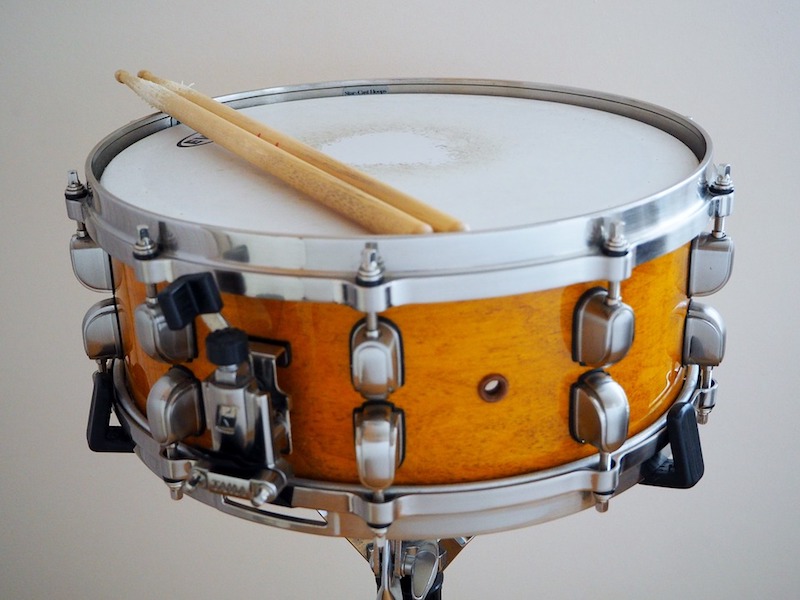 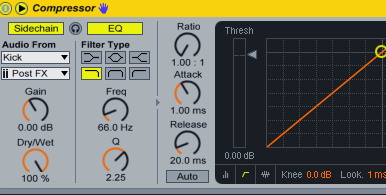 Sidechain a Rap Vocal to the Beat or Loop

In the same way that we’ve “ducked” the guitar and snare in the overheads with the previous tips, you can duck a loop or an instrumental for a vocal-heavy song, like a hip hop track. Insert a compressor on the loop that you want to duck and sidechain the main vocals to it. Now, every time the vocals come in, the loop will lower in volume. When the vocals exit, it will return to its original level.

This might be an interesting technique to try over beats with various elements which come and go. As the instrumental builds up and new pieces of the puzzle are introduced, sidechaining the vocals to a certain loop can help make way for not only the vocals themselves, but the new instrumental parts, too.

Sidechain the Kick to the Bass

This is common technique in most genres, whether you’re using a bass guitar and acoustic drums or kick samples and bass synths. When low-end heavy mix elements are fighting for space, it’s easy to give them a little help with sidechain compression. You start by putting a compressor on your bass track and keying its input with the signal from the kick.

Setting the right attack and release is crucial, because this will dictate how the bass ducks when the kick hits. You don’t want to be sucked so far down into the mix that it’s extremely audible. Rather, a subtle downward push to make way for the kick is preferable.

Sidechain a Sine Wave to a Kick

Instead of using a compressor’s sidechain, you’ll now be using a gate’s sidechain. Key the input to your anemic kick, and you’ll be on your way to a meatier, low end monster. You’ll want to adjust the gate’s parameters so that the sine wave only sounds when the kick drum triggers it.

It never hurts to try some outlandish things when you’re mixing. The sidechain compression and gating techniques above are but a few ideas to get the ball rolling and the ideas flowing. Really, sidechaining can be as practical and utilitarian or as creative and weird as you’d like. As always, there are no hard and fast rules and no limits to what sounds great and what it takes to get there.

So, start experimenting with sidechain compression in your work!