Soundgarden’s “Spoonman”: Inside the Song with Michael Beinhorn

We’re back again with Mr. Michael Beinhorn, this time talking about the iconic Soundgarden track, “Spoonman.” This song should be familiar to almost everybody watching, as it was the first single from Superunknown and often gets credit for launching Soundgarden into the mainstream.

The albums he’s been involved with have a combined worldwide sales of more than 45 million! He is also one of a select few producers to have two albums debut in Billboard’s Top Ten in the same week: Marilyn Manson’s Mechanical Animals (#1) and Hole’s Celebrity Skin (#9). This achievement earned him a 1998 GRAMMY nomination for Producer of the Year.

The song was written about a street performer from Seattle named Artis the Spoonman.

Not only was the song about him, but Artis actually performed his unique style of percussion on the track in what Michael recalls as one of the most memorable experiences he’s ever had in the studio.

Artis unrolled what was essentially a blanket full of different pieces of metal he used as instruments. They decided to ambient mic him with a pair of Neumann 67s and let him do his thing. Artis suggested they have a video camera rolling to capture the performance as well…

“Spoonman” was recorded at Studio X in Seattle. 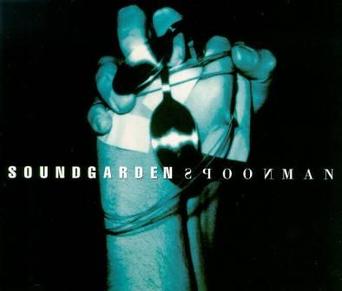 The studio was owned by the band Heart at the time, who were out on tour. The Superunknown sessions were the first time the studio had been rented out to clients.

Studio X was a separate facility which Bad Animals had expanded to include at the time. Studio X split from Bad Animals in 1997, but its legacy had already been cemented under the Bad Animals umbrella. When Studio X was a part of the facility bands like R.E.M., Johnny Cash, Nirvana, Heart, Danny Elfman, and of course Soundgarden all frequented the spot.

Michael initially had some misgivings about the studio itself, but after he heard the drum sound he could get, he was sold. The combination of a phenomenal drummer in Matt Cameron and the room at Bad Animals gave the drums their distinct quality. Remarkably, the unmixed stems don’t differ much from the finished mix.

Chris Cornell’s performance on the song, and the album as a whole, is all about pure expression.

One of Michael’s favorite things about how Cornell would sing is how he would release a breath. Michael made sure that his very expressive exhalations, for example, were loud enough for the audience to hear on the record.

Cornell’s voice was so powerful, he burned through five different U87 diaphragms during the sessions. Michael remembers seeing the repair bills! Cornell would get very close to the microphone, but that’s how such amazing performances were captured.

For more on the making of “Spoonman,” please enjoy the video below!