Marilyn Manson’s “The Dope Show”: Inside the Song with Michael Beinhorn

The last time I sat down with Michael Beinhorn we looked at Soundgarden’s “Black Hole Sun” which he engineered and produced! Now we’re breaking down “The Dope Show,” which was the lead single from Marilyn Manson’s third album, Mechanical Animals.

The albums he’s worked on have a combined worldwide sales of more than 45 million copies! Michael is also one of only a few producers to have two albums debut in Billboard’s Top Ten in the same week: Marilyn Manson’s Mechanical Animals (#1) and Hole’s Celebrity Skin (#9). This achievement earned him a 1998 GRAMMY nomination for Producer of the Year.

Having the chance to sit with Michael and break down an iconic Marilyn Manson track was nothing short of amazing!

Have an in-depth look at Michael Beinhorn’s production on “The Dope Show”:

Marilyn Manson changed up his approach on 1998’s Mechanical Animals. 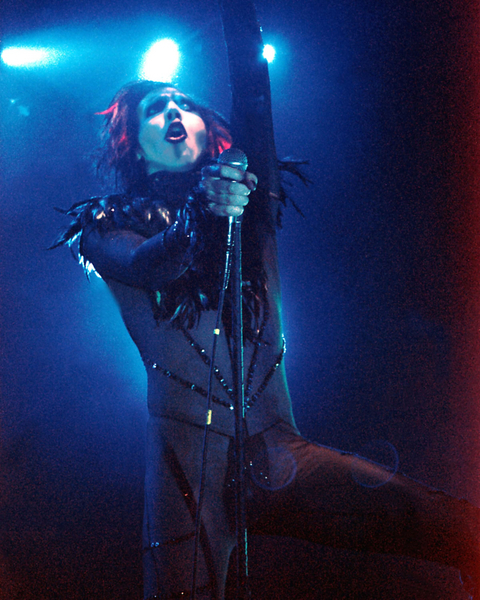 When Manson released his sophomore record—Antichrist Superstar—in 1996, he sparked quite a bit of controversy amongst religious fundamentalists. Noted then for his shock value and theatricality, he wanted to prove to average rock fans that he was “more than cartoon.” Manson feared falling into a similar category as bands like KISS and Alice Cooper, who are known more for their theatrics than anything else.

To do that, Manson took quite a bit of inspiration from 1970s glam rock—particularly David Bowie, who’s wardrobe choices in that era heavily influenced Manson’s own in 1998. Mechanical Animals, which Michael produced, was a switch-up for Manson.

“The Dope Show” is the most successful song from the album, as it did well on both video and single charts. It was collaboratively written by Manson (lyrics) and Twiggy Ramirez (music), and it continues to be the band’s most commercially successful song. 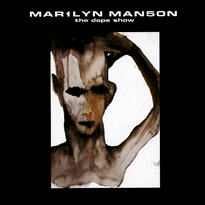 “The Dope Show” was nominated for a GRAMMY in the Best Hard Rock Performance category in 1999. Spin magazine also ranked it the 3rd Best Single in their 1998 End Of Year List, as well as 17th in their recent 2018 retrospective of The 88 Best Alternative Rock Songs of 1998.

The music video for the track was equally successful, winning an MTV Video Music Award for Best Cinematography. The surrealistic video was directed by Paul Hunter, who’s shot over 100 music videos for artists like Dr. Dre, Snoop Dogg, Michael Jackson, and Beyoncé, to name a few.

A major shift from Manson’s previous industrial stylings to a glam/electronic rock approach, Mechanical Animals was a huge release for the group.

When it came out, USA Today wrote, “Manson and producer Michael Beinhorn have rediscovered the adrenaline in ’70s glam rock, sprinkling Gary Glitter and Ziggy Stardust over Gothic theatrics.”

With first-week sales of 223,000, Mechanical Albums was #1 on the Billboard 200. The same week, Hole’s Celebrity Skin debuted at #9. Michael Beinhorn produced both albums, making him one of a select few producers to have 2 albums debut in the top ten the same week!

The album was a pivotal one in Manson’s career, and Michael Beinhorn’s incredible production helped bring it all to life!