Tom Petty’s “Don’t Do Me Like That”: Inside the Song w/ Shelly Yakus

I recently sat down with my dear friend and mentor Shelly Yakus to talk about his experience recording some of the most iconic songs of all time. A couple weeks back we visited the multitrack from Blue Oyster Cult’s “(Don’t Fear) The Reaper,” and this time we’ll be breaking down Tom Petty and the Heartbreakers’ “Don’t Do Me Like That”!

Shelly has had a phenomenal career. Not only is he a renowned producer and recording/mixing engineer, but he’s also heavily involved with modern recording tech as co-founder/chief engineer of AfterMaster Audio Labs. Shelly is considered by his peers to be an absolute audio expert and one of the best engineers/mixers/studio designers in the industry. Needless to say, he’s a living legend!

Of course, he’s also recorded and mixed many of the world’s top artists. John Lennon, Stevie Nicks, Alice Cooper, Van Morrison, Tom Petty, Dire Straits, Bob Seger, Amy Grant, Don Henley, U2, and Madonna are but a few of his many, many credits.

This time around, we had a chance to talk about his time recording the Tom Petty and the Heartbreakers classic, “Don’t Do Me Like That.” Who better to talk about such a prominent song with than the man who was there to engineer it: Shelly Yakus! We were fortunate to be able to get a ton of insight into the whole process, which is amazing with such legendary songs as these.

Check out the full breakdown:

“Don’t Do Me Like That” was recorded at Sound City Studios in Los Angeles.

Sound City is a renowned studio with a distinct sound. Studio A’s Neve 8028 console and acoustics made it one of the most desirable recording locations in Los Angeles and the world, with its signature sound heard on over 100 gold and platinum records. The studio opened in 1970 and officially closed in 2011, though it was reopened in early 2017. The Neve 8028, however, was purchased by Dave Grohl and installed in his private studio. Sound City is now home to two Helios Type 69 consoles.

Sound City Studios was especially known for having a very unique drum sound. Toto drummer Jeff Porcaro has been quoted as saying that anybody can achieve a good drum sound as long as you set them up at Sound City. Producer Rick Rubin has also mentioned “guitars sound pretty much the same everywhere, but drums change from room to room, and the sound at Sound City was among the best.”

Producer Greg Fidelman, before working on Metallica’s Death Magnetic, recorded a bass drum tone in several of the major recording studios in LA, playing the samples back for the band in a blind test. The band ended up choosing Sound City to record their album based solely on the way the kick drum sounded in the room! In addition, when Nine Inch Nails/Trent Reznor asked Dave Grohl to guest drum on a few songs, Grohl’s only condition was that it would be recorded at Sound City.

Legend has it that the interior of Studio A has never been repainted or remodeled in case any changes would effect the acoustic quality of the space.

Tom Petty and the Heartbreakers recorded “Don’t Do Me Like That” live.

Shelly noted that the band tracked all together in the main live room, using gobos to isolate guitar cabinets. This is a distinct way to record that was popular throughout the ’60s and into the ’70s, but has waned a bit in recent years as isolated sources have become the sound we associate with “perfect” production. It creates an organic feel that’s hard to replicate any other way, due in part to the bleed from other instruments.

You can hear guitar stabs in the drum and bass stems we listened to! Bleed isn’t always a bad thing. In fact, most of the album was recorded this way!

The distinct, mid-rangey guitar sound was created using three microphones from three different manufacturers. As Shelly explains, each mic picks up its own version of the sound coming out of the cabinet. These different flavors come together to make a guitar tone what it is. He also panned the two outer mics while keeping the middle mic in the center.

“Don’t Do Me Like That” was the first single from 1979’s Damn the Torpedoes.

Released in November 1979, the track reached #10 on the Billboard chart, making it the band’s first top ten single.

Tom Petty wrote and recorded a demo with his previous band Mudcrutch as early as 1974. At one point he considered passing the song along to The J. Geils Band because he thought it was a good representation of their sound. During the Damn the Torpedoes sessions, he was convinced by Jimmy Iovine to include it on the album because he felt they had a hit on their hands. Evidently, he would be correct! 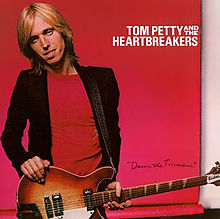 As an album, Damn the Torpedoes was a breakthrough. It was a top ten first, making it as high as #2 only behind The Wall. In addition to “Don’t Do Me Like That” making it to #10 as a single, “Refugee” would also go as high as #15. It’s largely considered one of the greatest rock albums of the era and of all time, with a 3x platinum certification.