Top Audio Technology Trends of the Past Year

Audio technology trends are slowly but surely changing the way we produce and consume music, film, and other media. From the studio and beyond, these are some of the top trends we’ve observed in the last year.

Computer-aided speaker monitor adjustment systems have really taken off over the past year. Especially in home studios with probably less than adequate listening environments, speaker placement and subsequent calibration is critical. Luckily, this is one of several audio technology trends making our lives a bit easier.

We had the opportunity to check out one type of this tech — Sonarworks’ Reference 4 calibration software — earlier this year. Our good friends at Kali Audio joined us to set up and calibrate a pair of their monitors. We discovered that using Sonarworks, you can work with confidence on the set-up you have. Sonarworks Reference 4 pretty brilliantly removes unwanted coloration from your studio speakers or headphones, so you can trust that you hear your mix accurately. 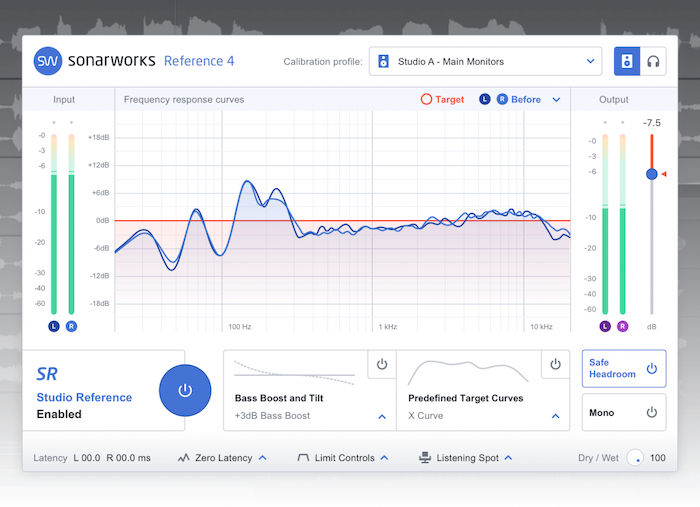 Reference 4 Studio Edition offers the full package of highly powerful software, providing consistent reference sound, both in the studio and on the go. You can also measure your studio with the included mic in only 10 minutes. Reference 4 then creates a calibration profile. For headphones, select a pre-made profile and you’re ready to go. Calibration can be run in a DAW via plugin for lowest latency or via Systemwide for maximum versatility.

This is really great if you’re working in a room that isn’t ideal for critical listening!

Immersive audio transcends the traditional “base layer” of loudspeakers we’re accustomed to in 5.1 and 7.1 surround configurations, adding a third dimension of speakers enveloping the listener. The result is an aural experience unlike anything else — three-dimensional sound captivating audiences in a completely new way.

It consists of channels that can be utilized to design a soundtrack with sounds above and around the listener. Real immersive sound provides audiences with “life-like” audio, which is impossible to achieve in traditional 2D surround systems. It mimics the sensation of height surrounding listeners, transporting them into a more thrilling and engaging aural world.

It isn’t new, per-se, but immersive audio got simpler and came into its own over the past year. This tech got a practical boost in three major ways: 1) increased computing power at lower costs; 2) the widespread surge of using wireless headphones/ear buds with mobile devices; 3) more streaming services delivering feature films which utilize immersive audio to devices.

Streaming giant Netflix even announced last year that Dolby Atmos is coming to their programming. This is followed by a mandatory increase in audio bitrate to match Atmos requirements. Dolby’s immersive sound technology is already on laptops and gets rid of multiple speakers sprinkled about for a home entertainment system. This is actually a massive advance over previous tech which created problems with speaker placement, space, and all that comes with that.

Audio technology trends like this have the potential to change the way we make and listen to music and films.

Artificial intelligence is gradually making its way into pro audio in a number of ways. So far we’ve seen it being used in “smart” software designed to fix specific audio issues and improve sound quality.

One company that comes to mind as a big adopter of AI in audio is iZotope. Co-founder Mark Ethier has said that some of their audio repair software was inspired by photo editing programs which have been highly influenced by AI technology. Ozone 9, for instance, has an AI feature — machine-learning if you prefer that term!

Basically, you can lay in an already mastered reference track, and then Ozone 9 will “read” it, take the EQ, compression, all the other settings, and apply them to your track. If it sounds too good to be true, you may want to try it yourself.

All in all, AI promises to make audio production more efficient. I can see this being a practical thing in terms of audio repair and restoration, but I’m not sure if, or how, it will make its way into more creative/subjective processes like mixing. In my opinion, some things just can’t be automated by AI lest you sacrifice that human touch which makes music what it is.

Thus far, we’ve seen AI perform selective noise canceling touched on above, reconstruct hi-fi audio from lo-fi sources, and handle speech processing that can change both dialect and language. We’ll see if this is one of the audio technology trends that persists in the coming years. 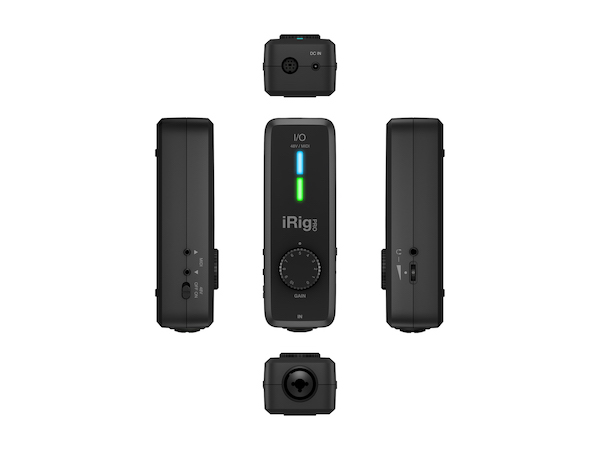 To put it simply, never has gear been such high-quality, as well as so small and refined. Think about it like this: mobile devices like iPads and smart phones are actually practical digital recording devices!

One great example of the miniaturization trend is CEntrance’s MicPort Pro: a 6-ounce, mobile recording interface with a rechargeable battery. It handles any microphone and has a quality preamp; what more could you need? Recording devices like these have surged in popularity alongside podcasts in recent years.

Another fantastic piece of mini equipment is IK Multimedia’s iRig Pro I/O. It’s a pocket-sized interface designed for iOS featuring 24-bit A/D and D/A converters and a 96kHz sample rate. The unit sports a single Neutrik hybrid 1/4″-XLR input for use with mics, guitars, and other line-level instruments, and connects to your mobile device via included Lightning or USB cables.

It also contains MIDI in/out connections for your keyboards, controllers, sound modules, or other devices. While they aren’t standard 5-pin MIDI connections, IK Multimedia provides two 5-pin to 2.5 mm cables to make the right connections with the device’s 2.5 mm MIDI I/O. It’s supposed to be portable, after all! Finally, it has an 1/8″ headphone out so that you’ll be able to monitor your signal; even if your mobile device has eliminated it.