Top Microphone Preamps On (and Off!) a Budget

Microphone preamps are the secondary devices in the signal path after the mics themselves. Generally speaking, microphone signals are well below nominal operating level. Preamps amplify these quiet signals to line level, which is the “standard” operating level of recording equipment. Even when going direct with higher output instruments like guitars or keyboards, a little extra gain from a preamp is necessary. In almost every case, microphone preamps are an essential part of any signal chain!

Today, budget audio interfaces come with their own built-in mic pres. For most of us recording at home, the sound quality from these preamps is more than adequate. Dedicated external microphone preamps do have their benefits, however, such as better sound quality and/or a desired tonal character, more gain, and lower noise. These benefits do come at a price, though, which we’ll see later.

Let’s take a look at some of the most popular mic pre options both on and off a budget. 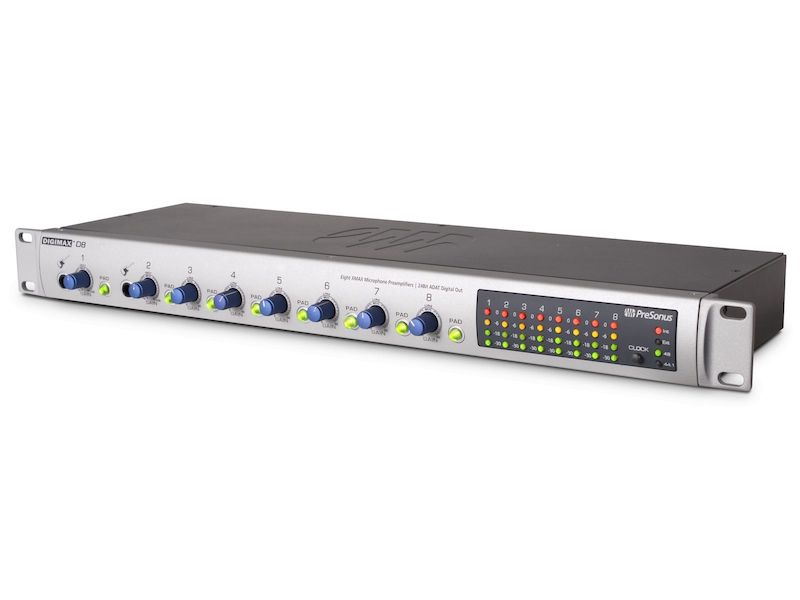 PreSonus is synonymous with quality on a budget. If you’re looking for a versatile 8-channel mic pre, the DigiMax 8 is a good shout. The unit has two convenient 1/4″ inputs on the front panel, while the 8 XLR inputs are on the back of the device to keep cabling hidden and tidy. Each channel also has a -20 dB pad for loud sound sources and +48 V phantom power switchable in odd or even pairs. 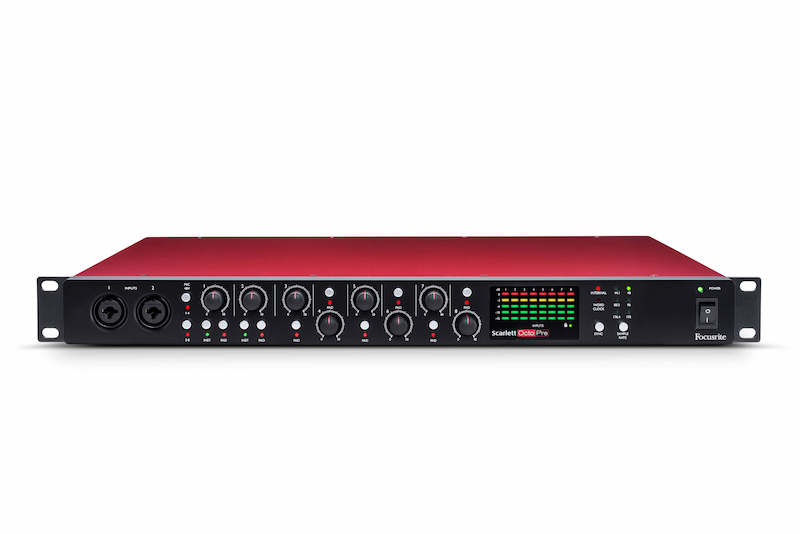 Focusrite’s OctoPre is another fantastic 8-channel preamp with A/D conversion up to 192 kHz. The Scarlett preamps are natural-sounding to capture the character of the microphone and the instrument without excess coloration. It also has plenty of headroom and pads for “extreme inputs.” Use it for drums or a guitar cabinet without batting an eye. 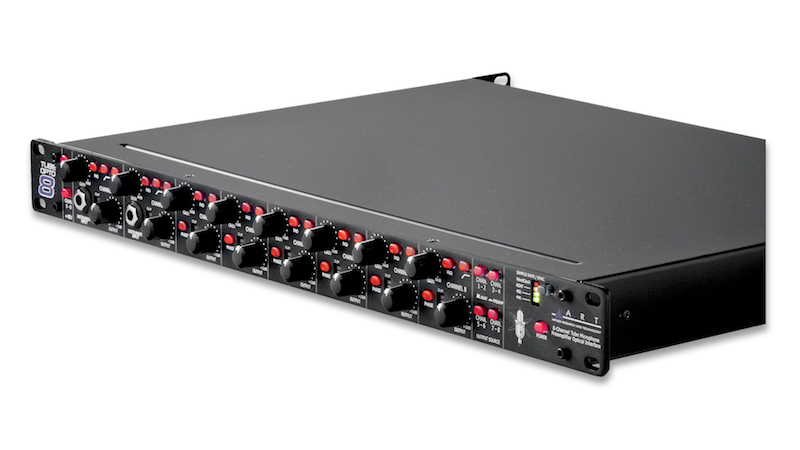 Tube preamps and “budget” don’t often walk hand-in-hand, though ART has managed to create an affordable 8-channel tube mic pre. Sometimes it’s advisable to err on the side of caution with this type of stuff in the sense that it’s best to manage your expectations. I haven’t used the ART tube preamp personally so I can’t attest to its quality, but, based on reviews, I believe it’s a piece that’s great “for the price.”

If you’re looking for a little more character in your recordings, tubes may be the way to go. At just $299, the ART TubeOpto 8 is a full hundred dollars cheaper than both the Focusrite and PreSonus preamps. It’s certainly a unique piece worth trying!

The 3124V is API’s newer version of the popular 3124+ with added variable output. It’s a high-quality rackmount preamp with 4 discrete channels. The API preamp is designed to do one thing incredibly well, and that’s amplify low-level signals! You’ll probably notice that high-end microphone preamps like this one have fewer inputs and features than their more budget-friendly counterparts, yet can cost 10x as much.

The very simple 3124V has undeniable sound quality and classic API character that you simply won’t get out of anything else. When shopping for gear like this, you’re going after a “holy grail” piece that will perform extremely well if you like its sound. It’s a lot less frilly than an 8-channel budget pre, and it’s much, much more expensive, but the quality is unmatched. 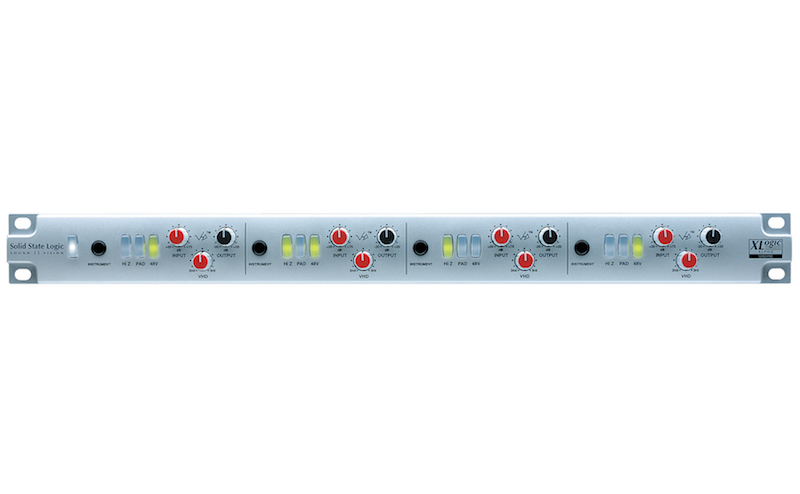 SSL…need I say more? Here’s what the company has to say about its Alpha VHD-Pre:

First featured on our flagship Duality console and now the go to circuit for leading engineers worldwide, the VHD Pre is a patented SSL preamp design that can deliver ultra-clean SSL grade recordings but also features a patented ‘Variable Harmonic Drive’ circuit which can be switched into the signal path for some of the best signal flow in DAW based recording.

In terms of affordability, the SSL Alpha preamp isn’t cheap, but it’s relatively feasible–especially when compared to the API. For a home studio, this could be the only preamp you’ll need in the arsenal.

A tube preamp, an opto-compressor, and an EQ, the Avalon 737 is a very popular higher end signal path. For an all-in-one channel strip type preamp, not a whole lot can beat the Avalon. It’s won 2 “Best Preamp” awards in the past 20 years and has received plenty of words of praise.

The 737’s feature-richness adds to the unit’s appeal. For example, users can create a de-esser by cleverly using the compressor and EQ in tandem, and the EQ can be flipped either pre- or post-compressor to taste. If budget permits, this piece is definitely one to consider adding to your collection!

Strictly speaking on the microphone preamps in this unit, UA’s 710 Twin-Finity pres have won a TEC Award for their performance. Paired with 1176-style compression, there’s a lot of bang for your buck in the 4-710D. It isn’t cheap, no, but it’s a lot of horsepower for a reasonable price. 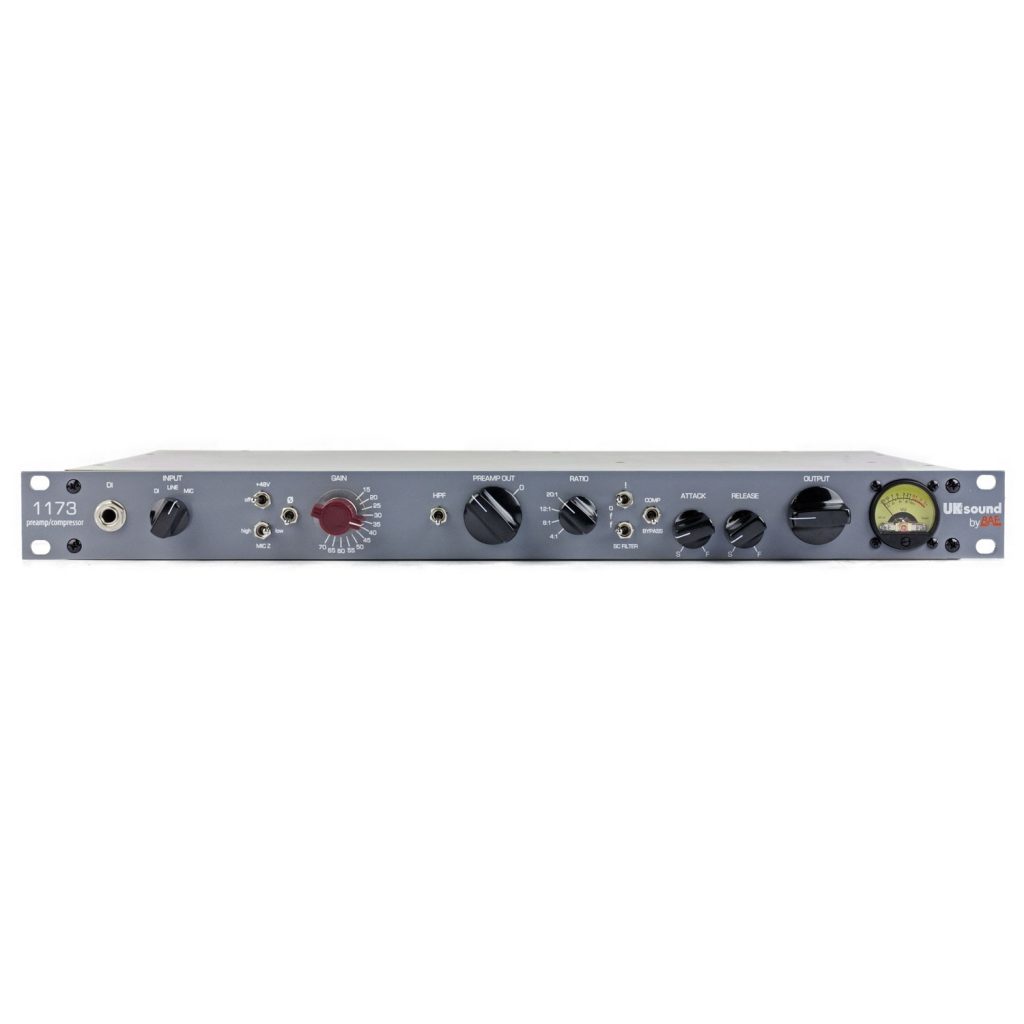 If the name sounds somewhat familiar, it’s very likely because the UK Sound 1173 is a collaboration between our very own Warren Huart and gear designer Michael Stucker. The unit offers a Neve-style 1073 microphone preamp and a Universal Audio-style 1176 FET compressor.

UK Sound is a division of BAE operating out of California and building gear with carefully selected, high quality components. You could very well consider the 1173 a “top-of-the-line” unit at a price point that’s much more reasonable for home recorders and hobbyists. It’s also a unique blend of two of the most time-tested, go-to choices for preamplifcation and compression, all in a single rack space.

Which preamp is right for you?

To decide which path is right for your needs, you’ll first have to consider budget and intent. If you’re simply looking to add inputs to your home setup, you’ll probably be fine with one of the more budget-friendly options listed above. They may not be exciting, but they’ll get the job done at a price that’s right for most of us.

If you have the budget and are looking to add more character and tone to your recordings, go for one of the high-end options. Of course, there are many phenomenal microphone preamps not discussed here, but the choices above are a selection of the most popular options. Listen to as many as you can in your price range and make a decision from there!