Why I Love Reaper with Glenn Fricker

Reaper, which stands for “Rapid Environment for Audio Production, Engineering, and Recording,” is a Digital Audio Workstation (DAW) and MIDI sequencer software created by Cockos. As it is priced at less than $100, it is a great DAW for anyone who is looking for a budget-friendly program that has the same capabilities of a more expensive DAW. Today, we have Glenn Fricker with us, and he is a regular Reaper user. He is going to tell us all about the program and why he loves it so much!

Initially, Glenn switched to Reaper because the DAW he was currently using was not compatible with some plugins he wanted to use, so he found Reaper and since it was inexpensive, he figured he would try it out. Once he started using it though, he came to really enjoy it and still uses it now!

One of the main things Glenn likes about Reaper is its customizability and configurability. You can change the toolbars, layouts, and other aspects of the DAW’s appearance to suit your needs and preferences. For example, Glenn is partially colour blind, so he has difficulty seeing red, which would make it difficult for him to see active channels and other aspects of the DAW. In Reaper he was able to add a custom skin called Fusion Beta that has a stronger contrast between red and grey, making it much easier for him to see the colours. You can also create custom keyboard shortcuts within the program so it will do exactly what you want it to when you need it to! 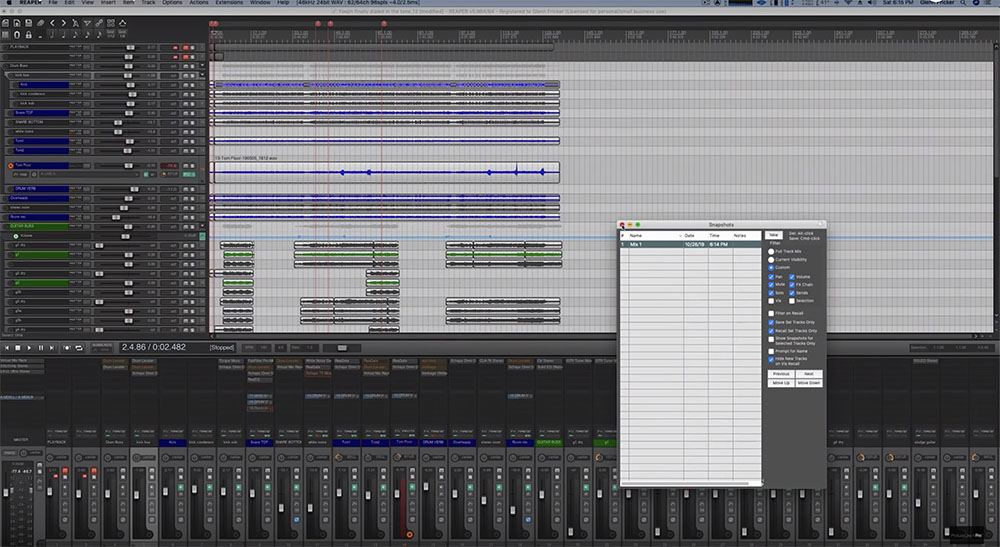 Reaper can be a complicated program to use at first, but if you put in the time and learn how it works, you will find this platform is actually quite intuitive. One of the features Glenn loves about Reaper is the drag-and-drop interface. This interface makes the DAW much more user-friendly! The customization options also allow you to make this program easier to use by giving you the option to design it how you want it and create the interface that works best for you.

Reaper comes with tons of JSFX plug-ins and many commonly-used audio production effects. But Reaper is also compatible with a wide range of plug-ins, as it supports over 25 files types. This means you can download and add almost any third-party plugin to the program to customize it and make it exactly how you want!

With its low price-point and amazing customization options, Reaper is a great option for users who want a powerful DAW, but do not have a massive budget. It is also available for both Mac and PC, so anyone can start using it! It may take some time to learn how to use the program, but that will happen any time you switch to a new program. Watch the video below to hear about all the reasons Glenn loves Reaper and see it in action!

Did you know Glenn has released a few courses on Pro Mix Academy? Check them out below!

Annihilate Guitar & Amp Noise Once & For All get the SMG COCK BLOCKER PEDAL/GATE here!