Having an SSL compressor plugin is like owning one of the world’s most famous dynamics processors, heard on thousands of hit records, inside your computer. It’s truly indispensable. We’re talking, of course, about the renowned bus compressor built right into SSL consoles — particularly that of the beloved 4000 G series desk. Today we have the luxury of mixing and matching all kinds of SSL compressor plugins in our DAW, from the G bus compressor to the E series channel compressor and more.

SSL Compressors Have a Long History in the Studio

SSL’s founder Colin Sanders built his first console, the A series, in 1976. Only two were made, and the desk underwent revisions and refinements until SSL’s major breakthrough came in 1979 with the 4000 E series console. Needless to say, the 4000 E board revolutionized music production at that time. The console’s additional variants, including the 4000 G, 9000J, and 9000K desks, were equally popular and simply dominated the professional recording environment for decades.

SSL compressors and channels are frequently turned into software, giving everyone access to some of the most celebrated analog recording/mixing technology ever invented.

The sound we associate with SSL bus compression is punchiness, transparency, and cohesion. The latter we most often hear as “glue” — in other words, SSL’s bus compression has this uncanny and magical ability to bring all of the mix elements together in a way that makes a record sound complete.

Likewise, the dynamics section of an SSL channel strip offers that inimitable character associated with some of the best recordings ever made. It’s best to hear it for yourself, which is why we’ve put this list together. If you don’t understand the fuss right away, that’s okay. But it’s always great to have an SSL compressor or channel in your back pocket for experimenting with mixes.

This is a full end-to-end circuit emulation of the iconic 4000 G bus compressor. The team at Universal Audio meticulously studied and replicated the circuitry in both the SSL FX G384 rack compressor as well as the console units to piece this plugin together. The end result is that punch, transparency, glue, clarity, accurate stereo image, and everything else that is good and holy from SSL. 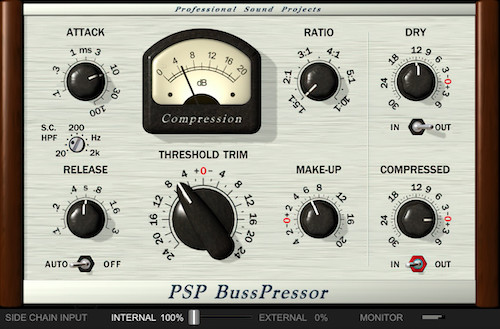 PSP is a smaller company that sometimes flies under the radar, though their classic VCA compressor emulation is excellent. It’s very simple and true to the original, with an added sidechain filter and parallel capability. BussPressor utilizes PSP’s zero latency technology, making this a useful tool for live monitoring or broadcast. 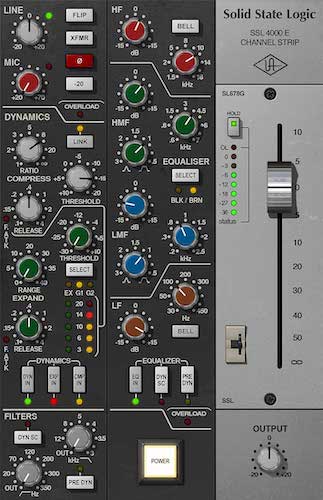 The SSL 4000 E churned out more Platinum records that any other desk. It’s reputable for having a really bold and upfront, yet clear, sound that retains a ton of performance dynamics. With channel strips such as these, you get the best of everything, including SSL EQ, dynamics, and more. Paired with a UAD Apollo, you can even track through an emulated SSL preamp using Unison technology. 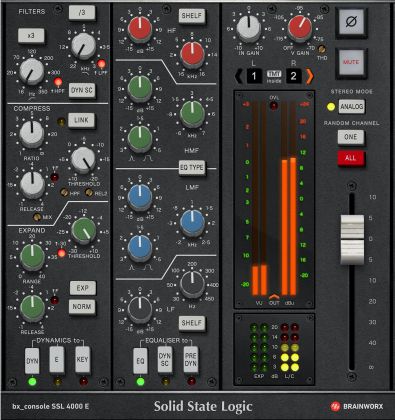 Brainworx channel strips are fantastic. Not only are they among the most faithful recreations on the market, they also incorporate Brainworx’s Tolerance Modeling Technology (TMT) to provide up to 72 unique console channels across a mix. Basically, the plugin goes so far as to emulate the imperfections and quirks from channel to channel, just like a real analog console. Another awesome feature is independent or global total harmonic distortion (THD) and virtual gain control to add saturation or analog noise to a signal or mix.

P.S., we’ve included the channel strips here because they’re really fun to use and sound great. For SSL-style bus compression from Brainworx, check out the Townhouse compressor. It’s based on a custom-built compressor the Townhouse studio engineers pieced together from spare SSL parts in 1978 — it captures the earliest SSL sound with a touch more grit and grime than later consoles.

Waves is no stranger to analog emulations, and their SSL G bus compressor is one of the best and most affordable recreations of classic SSL compression. If you had to have one SSL bus compressor plugin to get the ball rolling, this is a good starting point. The newest version of the plugin introduces a Mix control as well as an overall Trim pot. 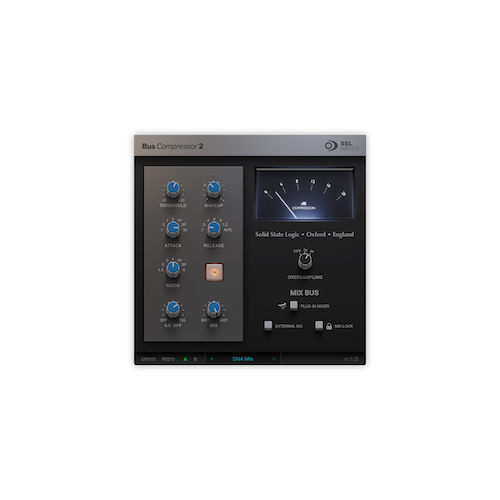 Straight from the source is SSL’s own Bus Compressor plugin. It’s based specifically on the legendary ’80s G series consoles. Modern improvements include additional Attack, Release, and Compression values, as well as Oversampling. Like other plugin emulations, it has to have a sidechain high-pass filter and a mix control for today’s uses. To top it all off, the interface is absolutely gorgeous. 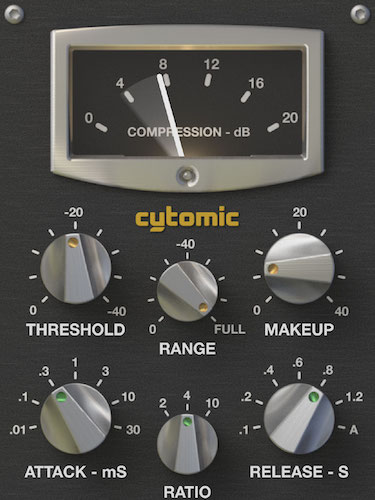 The Glue by Cytomic is another “unbranded” G bus comp with big SSL attitude. It’s an awarded plugin, typically regarded as one of the best values for this style of compression. Optimizations include low latency as well as a fully scalable GUI.