Flanger vs. Phaser: What’s the Difference?

Two of the most common modulation effects are flanger vs. phaser. We’ve heard both all over various recordings, and they do have a similar sound. This lends itself to some confusion, but if you know the subtle differences between each, you can use them more effectively in your recordings and mixes!

What are the differences between flanger vs. phaser?

Flangers and phasers use different means to achieve a similar end. This is why they can sound alike, or wildly different depending on the settings. At their core, both effects are created by delaying the signal slightly and mixing it back in with the dry signal.

The effect they produce is sort of a swirling, whooshing sound. As a matter of fact, Mr. Eddie Van Halen famously used both an MXR Phase 90 and MXR Flanger pedal in his rig. Phase can be heard all over different sections of Van Halen I, for example. Both were integral parts of his legendary ‘Brown Sound.’ 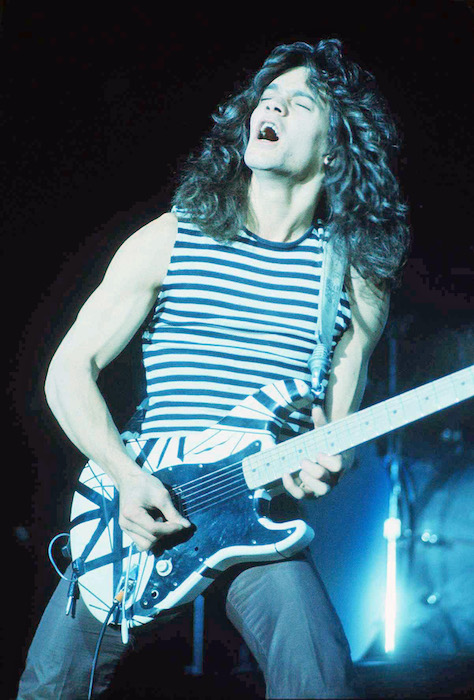 The iconic ‘Ain’t Talkin’ ‘Bout Love’ riff is a great example of phaser. ‘Unchained,’ on the other hand, is flanger. This probably doesn’t do much to clarify!

What is a flanger?

The term ‘flanging’ dates back to the ’60s with tape machines. It was a technique created using two synchronized tape machines playing back the same audio. During playback, an engineer would press down slightly on the outer edge (flange) of one of the tape machine’s reels.

This made a short delay. And as the tape machine gradually re-synced with the other, you’d hear that flanger sound. This technique was called ‘tape flanging.’

The key takeaway between flanger vs. phaser is that they both shift a copy of the dry signal to create their effect. A flanger splits the signal into two, and one is time-delayed and then put back on top of the original. The delayed duplicate actually produces comb filtering, or peaks and troughs in the frequency spectrum to create the effect.

The most ‘pleasant’ flangers are set somewhere under 15 ms delay (very short). The ‘swooooosh’ sound of a flanger happens when the delayed signal has its time varied in a cycle, up and down, by setting the rate.

What is a phaser?

Again, there’d be no flanger vs. phaser discussion if the pair weren’t very similar. However, phasers do work a bit differently than flangers.

A phaser duplicates the original signal, just like a flanger. But instead of delaying the duplicate, it passes the signal through an all-pass filter. An all-pass filter doesn’t change the frequency content of the signal; alternatively, it introduces a phase shift around a set frequency.

Adding another all-pass filter creates a single notch in the signal — one tooth of a comb filter. Phasers place several all-pass filters together to create numerous notch filters. Generally speaking, phasers sound more gentle than flangers because they don’t produce comb filtering quite as drastically.

Uses for Flanger and Phaser in Music

We most often associate flanger and phaser with guitar effects, but of course that doesn’t mean they’re exclusive to guitar! John Bonham’s drums on ‘Kashmir’ had phaser on them; The Eagles’ ‘Life in the Fast Lane’ has a flanger sweep across the entire mix during the bridge; the Fender Rhodes in Billy Joel’s ‘Just the Way You Are’ is fed through a phaser.

Modern hip-hop superstar Travis Scott is famous for his heavily effected, Auto-Tune style vocals, also adding flanger into the mix. Flanger or phaser is also a common effect on modern rap ad libs/background vocals to create a unique sound and further separate them from the leads.

Ultimately it isn’t about flanger vs. phaser — both are awesome effects that can be utilized in a variety of creative ways!