Foo Fighters – The Colour and the Shape: Inside The Mix with Chris Sheldon

He started in the music industry as a drummer in several punk bands before he decided to pursue work on the other side of the glass. Chris then got another start as an intern, or “tea boy” as he’s called it, at London’s Utopia Studios in the ’80s. There, he was able to work his way up the ladder and become an in-demand staff engineer.

Chris would eventually leave Utopia after some time to enjoy a freelance career which brought him immediate success and allowed him to transition more into production and mixing. His move into that arena in the ’90s yielded many critically acclaimed albums, and he has been working virtually non-stop ever since!

Among Chris Sheldon’s many fantastic mixing credits is The Colour and the Shape by Foo Fighters, which we got to talk about at length here! Please enjoy this wonderful chat below:

Chris would mix songs as they were being finished, with “Monkey Wrench” being one of the first tracks he did.

The songs which Bradley Cook recorded, “hot off the machine,” were literally sent down the street to Chris at Skip Sailor Studios for mixing!

The process was such that if, at some point, Chris and his team had a suggestion for a song—for instance, additional chorus guitars on “Monkey Wrench”—the tracks would be sent back to Bradley Cook for overdubs, and back once more to Skip Sailor Studios. It was practically an album assembly line!

Chris would mix all day until about 8pm and drop off a finished or nearly finished mix on DAT tape to the band at Grandmaster, where they would continue to record throughout the night. The next morning, he would get a new track to mix—“Everlong,” “My Hero,” or one of the many recognizable songs from the album.

Chris did not use any drum samples while mixing the record!

Despite what some folks have claimed to have heard on The Colour and the Shape, there actually weren’t any drum samples on the album at all. Chris’s drum mixing technique was pretty clever, as he had to come up with ways to get the most muscle out of the kit without overly compressing it.

One trick involved multing different inputs and applying various sets of EQ, for example. In reality, Chris mentioned the drum tracks sounded great straight off the tape, so he really only need enhance them a bit for the final mixes.

The Colour and the Shape was tracked by Bradley Cook at Grandmaster Recorders in Los Angeles, CA. 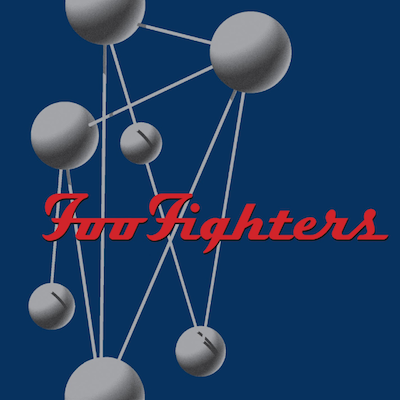 The bulk of the recordings for The Colour and the Shape were handled by Bradley Cook and producer Gil Norton at Grandmaster.

The first sessions for the album took place at Bear Creek Studios in Woodinville, Washington, which wasn’t the easiest or most productive experience. Bradley Cook has recalled trying to edit drums with Gil Norton and struggling through the process. By the time the tracks got back to Los Angeles, it was evident that they should be re-recorded.

The band didn’t have a full-time drummer at the time, so it was Dave Grohl handling vocals, guitars, as well as most of the drums. Some drumming was done by William Goldsmith on five songs, though much of his contributions went uncredited. For the 10th Anniversary Edition, current drummer Taylor Hawkins played on three tracks.