Dave Jerden is an incredible producer/engineer who’s done legendary work in the alternative rock, punk, and metal scenes over the years. He got his start as an engineer in the late ’70s at Eldorado Recording Studios in Hollywood. There, Dave engineered and mixed highly successful records by artists like Talking Heads, David Byrne, Frank Zappa, Mick Jagger, and The Rolling Stones, amongst others. Over the years, he’s worked with other bands like Fishbone, Anthrax, The Offspring, Meat Puppets, Social Distortion, and Red Hot Chili Peppers to name a few!

Dave’s career as a producer started in the late ’80s with albums by Jane’s Addiction and Alice In Chains. In this role, Dave has taken a hands-off approach, deliberately not imparting his own taste in the music. Instead, he’s helped artists bring their vision to life with little interference, capturing them as they are. He’s been quoted as preferring the term “engineer” over “producer,” even though he’s done both with tremendous success. This quality is precisely what allowed a band like Alice In Chains to become genre-defining legends!

This time around, we had the incredible opportunity to talk with Dave about producing Jane’s Addiction’s biggest hit, “Been Caught Stealing.”

“Been Caught Stealing” was the third single from 1990’s Ritual de lo habitual.

Ritual de lo habitual was only Jane’s Addiction’s second album, and the final one before their initial break-up the following year. Dave Jerden co-produced the record alongside vocalist Perry Farrell. The album was certified gold just a month after its release and has since received a 3x platinum certification. 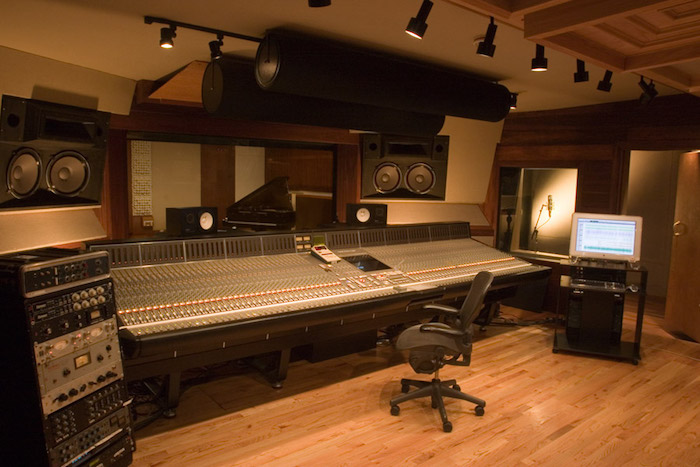 The studio was founded in 1970 and is regarded for hosting many gold and platinum artists. Amongst them are The Offspring, Snoop Dogg, Tupac, Megadeth, Blink-182, Maroon 5, John Fogerty, Quincy Jones, Dr. Dre, and Tori Amos. The list goes on, of course!

“Been Caught Stealing” spent an entire month at #1 on the Modern Rock chart and is widely recognized as the band’s most successful song.

It’s also humorously noted for what Rolling Stone called “the best use of dog barks since Pet Sounds. Perry Farrell’s dog, Annie, made her way onto the track!

He recalls, “I’d got her from a dog shelter and she was quite needy, so I brought her down to the studio that day rather than leave her at home…I’m singing in the booth with the headphones on and Annie gets all excited and starts going, ‘Ruff! Ruff! Ruff!’…The fact that she ended up on the track was just pure coincidence.”

Jane’s Addiction are one of the most iconic alternative rock bands to come out of the ’80s and ’90s. Their legacy, as well as Dave Jerden’s, is firmly cemented!