I started Produce Like A Pro to bring real life Production, Engineering and Mixing experience to everyone. I want to break down the barriers between the Professionals and everyone else and bring us all together, sharing information!

I can’t think of a more worthy example of someone who exemplifies hard work and the support of these ideals than my good friend, Mark Needham.

Mark Needham has been a friend and colleague of mine for many years now, and he has helped countless people grow their careers. He was directly involved in developing both The Killers, Neon Trees and many more. Not only has Mark helped artists but also up-and-coming Producers and Engineers. When I was establishing myself as a Producer in Los Angeles, Mark was my go to guy mixing for many of my productions. Mark’s secret to his continued success is that he helps people, develops them and truly cares about the musical community.

We tracked a beautiful record full of Jay’s songs with these amazing performers contributions and brought it along to Mark to mix! The single ‘Know when to Walk Away’ had it’s video Directed by Zach Braff and was featured in an episode of Grey’s Anatomy.

A full course with Mark Needham, it includes:-

• ALL the files, the WHOLE song!
• Over 2 hours of detailed discussion of how Mark mixes in-the-box.
• You can open up Mark’s original mix and use all of his settings!
• Screen Shots of all of plugins
• A track by track breakdown of every process used, plugin EQ, Compression, panning, delays, reverbs, modulation, widening, automation- every move Mark makes is there for you to follow!
• World Class Recording for you to add to your resume! 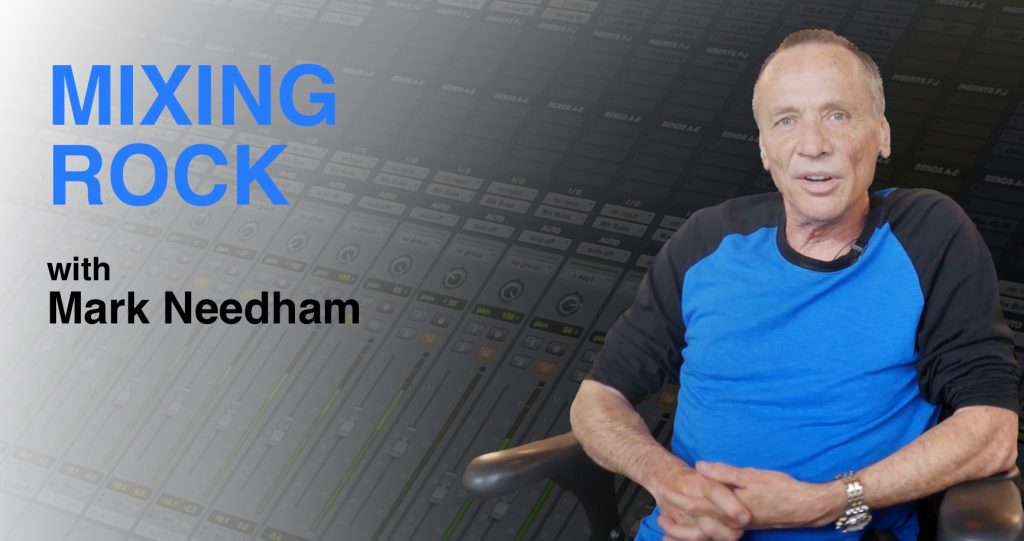