Step Sequencing: What It Is and How to Use It

Step sequencing is a MIDI-based tool that divides a measure of music into a pre-determined number of note values called “steps.” Each step laid out in the software can then trigger notes and other MIDI information you supply it. Like most software we used today, step sequencers were originally hardware units.

A Brief History of Step Sequencing

Before they became easy-to-use MIDI software, step sequencers were first hardware modules. They produced a limited number of control signals in a steady sequence that repeated until deactivated.

The output of the sequencer could be sent to another synthesizer module, such as an oscillator or filter. If you sustained a single note while the step sequencer was active, the changing voltage, when assigned to the frequency of an oscillator, would produce a repeating sequence of changing pitches.

Of course, step sequencing continued to evolve. Practical application grew to include such things as triggering synthesized drum sounds (also called “pattern sequencers”), modulating the amplitudes of sounds, and controlling the cutoff and center frequency of filters.

Hardware sequencers were quite popular before digital recording and software step sequencing. They were perhaps most commonly used in drum machines when that technology became prevalent in the ’80s. A sequencer was even part of the Casio VL-1 synthesizer—the first commercial digital synthesizer released in 1979.

The big idea behind step sequencing is that you can program patterns step-by-step instead of performing in realtime.

To reiterate, sequencers break down beats into ‘steps’. For example, if you break up a 4-bar loop in standard 4/4 time, it will have 16 individual 1/4 note steps. Most producers today use step sequencing for drums only. It’s very easy to see where kick and snare hits would fall, for example, on a step sequencer grid. Plus, you can take this repeating pattern and have it loop as many times as you want.

If you need more control over each step, you can usually set the desired number of steps in each beat as well. In other words, you can sub-divide 1/4 note steps into smaller note values for rolls, fills, and more. Particularly in modern hip hop production, hi-hats usually require a number of subdivisions to achieve things like 1/16 note triplet rolls we hear all the time trap beats. 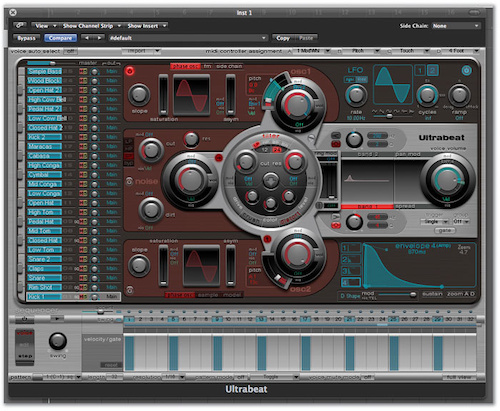 Ultrabeat is a software instrument designed for drum and percussion programming. It features 25 individual voices, each with its own access to a fully-featured step sequencer. All 25 sequences can be combined to make a drum pattern.

Before you can use the Step Sequencer, you have to enable it using its on/off switch. From here, you can simply click the numbers in the sequencer row to enable or disable hits. Please note that Ultrabeat is a Logic Pro exclusive, thus only available if you own this DAW. 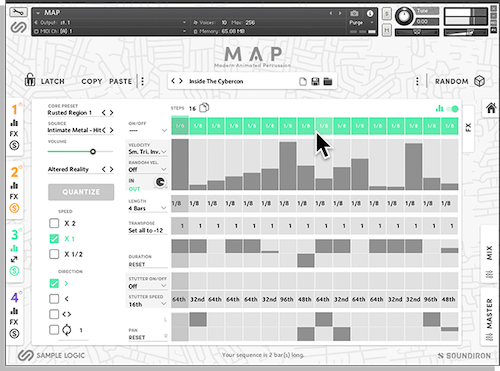 Sample Logic and Soundiron teamed up to build a modern drum machine called Modern Animated Percussion. MAP seeks to redefine what we know about percussion and rhythms and contains over 6,000 sounds and instrument presets! Sample Logic are known for their Kontakt-based instruments, so please be aware you’ll need Kontakt to run MAP.

While not a loop-based instrument, each sound in MAP is a one-shot sample triggered by a super customizable step sequencer. There’s a huge searchable catalogue of presets for sequence settings which can be super handy for programming complex drum patterns with little set-up required on your part—let the presets do the work for you! 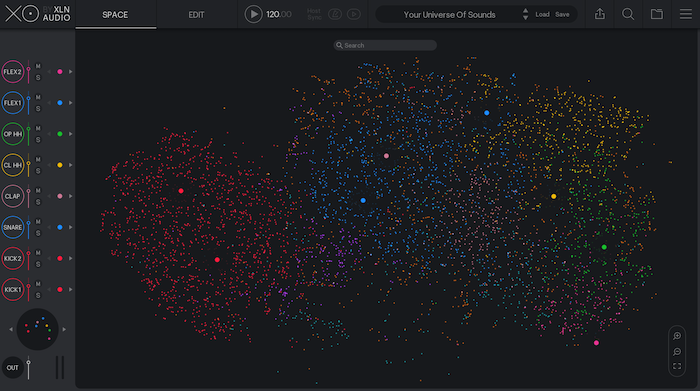 XO is a designed primarily for beat-making and drum sequencing. It conveniently identifies and collects one-shot samples stored anywhere on your computer or hard drives and sorts them by similarity. It then brings your samples of choice into a creative context that facilitates experimentation. 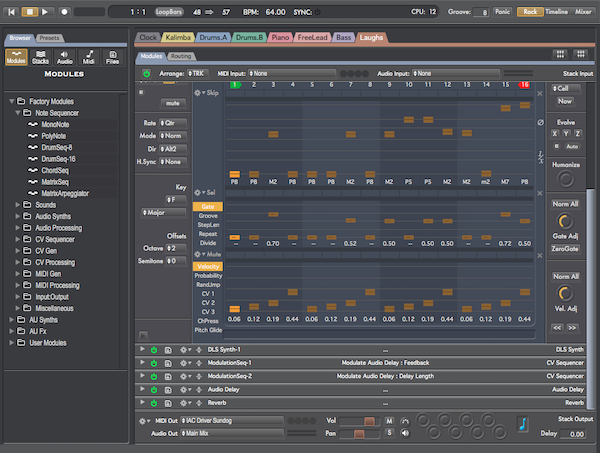 At it’s core, Numerology is all about building musical phrases by starting with simple patterns of repeating notes, and then manipulating the pattern with a set of easily applied transformations. In other words, step sequencing!

Pattern rate, length, direction, inversion, start and end points, skipped steps, jumps and mutes—these can all be triggered at anytime, and are all set up to be usable while performing as well.