The Offspring’s “Pretty Fly (For a White Guy)”: Inside the Song w/ Dave Jerden

Dave Jerden is a dear friend and incredible producer/engineer who’s done some legendary work in the alternative rock, punk, and metal scenes. He’s also a regular on Inside the Song, where we previously talked about “Been Caught Stealing” by Jane’s Addiction and “Man in the Box” by Alice in Chains.

He got his start as an engineer in the late ’70s at Eldorado Recording Studios in Hollywood. There, Dave engineered and mixed highly successful records by artists like Talking Heads, David Byrne, Frank Zappa, Mick Jagger, and The Rolling Stones, amongst others. Over the years, he’s worked with other bands like Fishbone, Anthrax, The Offspring, Meat Puppets, Social Distortion, and Red Hot Chili Peppers to name a few!

Dave’s career as a producer started in the late ’80s with albums by Jane’s Addiction and Alice In Chains. In this role, Dave takes a hands-off approach, not imparting his own taste on the music. Instead, he helps artists bring their vision to life, capturing them as they are. He’s been quoted as preferring the term ‘engineer’ over producer, even though he’s done both with tremendous success!

This time, we talked to Dave about producing one of The Offspring’s biggest hits, “Pretty Fly (For a White Guy).”

“Pretty Fly (For a White Guy)” is the first single from Americana. 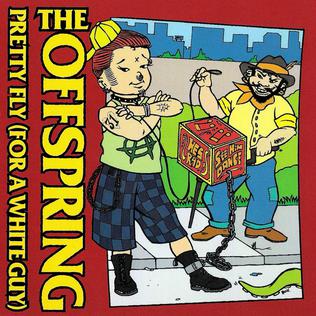 The Offspring had already released four full-length records by the time Americana came out in 1998. Their third, Smash, was noted for its commercial success, though the fourth, Ixnay on the Hombre (which Dave also produced), didn’t quite gain the same traction.

The band were veterans by Americana‘s release, and the album contained three of the band’s biggest hits, including “Pretty Fly,” “Why Don’t You Get a Job?,” and “The Kids Aren’t Alright.”

The album was recorded at Eldorado Recording Studios in Hollywood where Dave had been working since the ’70s.

Americana was written in signature Offspring style, which they had developed over the previous 4 records. 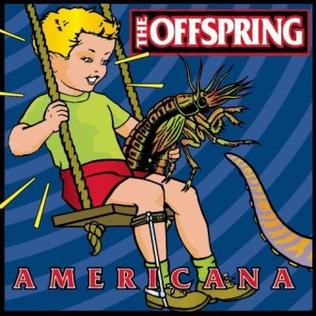 Many artists talk about changing the formula from record to record, but that wasn’t the case for The Offspring’s 5th effort. Frontman Dexter Holland spoke about the writing process:

“I wanted to write a record that wasn’t a radical departure from what we’ve done before. I feel like we have managed to change stuff up from Ignition to Smash to Ixnay. We’re in a place where we more or less set the boundaries where we can do a lot of stuff without having to stretch it out farther … and do a swing song or something.”

Americana‘s lead single went to #1 on the charts in over 10 countries, including Australia and Japan. On US charts it peaked at #3 for Alternative Songs and #53 on the Hot 100. Its most success was actually in Japan, followed by the UK, where it sold 1.4 million and 600,000 units respectively.

The song remains one of the band’s most commercially successful singles ever!