Using Silence to Improve Your Productions

We don’t often consider the importance of silence when it comes to our musical productions. It’s easy to get caught up in the sounds we want to add, because that’s what music is all about! But if you use silence itself as a musical tool, you’ll have even more control over the arrangement and what it’s conveying to listeners.

Examining post-production audio is a great way to get comfortable with the idea of silence in music. Think about a horror movie or thriller, for example. Post engineers create a huge amount of suspense by dropping all sound except maybe the footsteps and breaths of a character walking down a dark corridor. There’s no score, even very little room tone sometimes—silence adds to the tension.

One of most basic ways of taking advantage of silence is through arrangement. We hear this all the time, but the most interesting songs, which are so much fun to listen, take listeners on a journey.

You create this journey by introducing different bits of pieces to your productions along the way. The intro starts sparse; the first verse reveals most of the song’s rhythm instruments; it eventually ramps up into a chorus with huge background vocals, keyboards, and all the works. A song typically doesn’t start dense; it builds up, ebbs and flows, over time.

This is pretty basic stuff for the most part, and maybe even something you already do unconsciously with your productions. But the underlying principle is using silence. Where that keyboard pad was quiet in the verse, it suddenly comes to life in the hook. You don’t have vocal harmonies under the leads the whole song—they’re carefully layered in places where it adds the most interest.

“Phrasing” is a word guitarists like to throw around a lot, but it’s applicable to any melodic instrument. Think about your favorite lead guitar player and how he/she writes a solo; usually there’s something unique in the way they craft melodic “phrases” and express themselves through the instrument—what makes their voice recognizable.

The most memorable lead lines take advantage of the space between notes: also know as “silence.” Whether it’s a guitar, vocal, keyboard, etc., doesn’t matter—phrasing is fundamental in creating something catchy and moving. 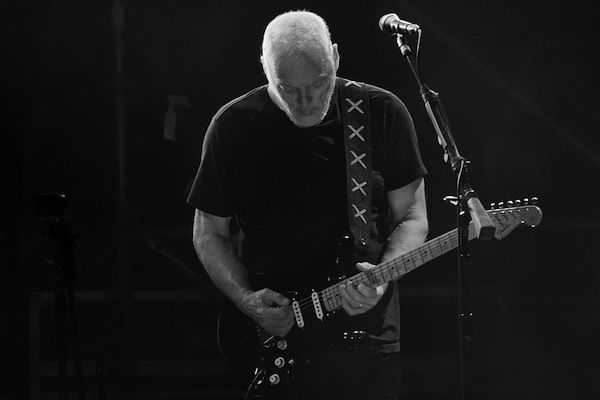 While we’re thinking about guitarists, David Gilmour is a great example of someone who has incredible phrasing. On paper, his solos are fairly simplistic; but the way he bends, holds, or chokes a note, rests, and goes into the next line, make his playing memorable and completely recognizable.

To enhance your own productions with silence, start thinking about their melodic content and where notes can be omitted, shortened, or may pushed a few beats earlier or later to create a totally different feel.

READ ALSO: Best Mellotron Plugins
READ ALSO: What Is Lo-Fi Music and How Do You Produce It?
READ ALSO: Splice Sounds Subscription Review

Effects can benefit from a bit of silence themselves. For the most part, we as mixers tend to deliberately add effects to certain parts of a song in the same way producers add and remove instruments in the arrangement. This lends itself to “contrast” which is what listeners usually enjoy in productions. However, we tend to less commonly silence effects to achieve the same thing.

Think about an effect that might be somewhat static, like reverb on a vocal. We’ve spent all this time massaging the reverb to fit the mix, making that all important space for the vocals to live. What happens if you selectively mute the decay at the end of certain words or phrases? Chances are, there’s a good bit of groove you can create, or maybe even a bit of drama when a lead vocal suddenly gets dry and then wet again.

You might consider this a sort of “less is more” approach to keep in your back pocket when you find the plugins stacking up and not “moving” much. You probably don’t want to mute for the sake of muting, but if you can find ways to create silence around effects before bringing them back in, this can add some interest and excitement to your productions and mixes.