Whether a DAW boasts an impressive selection of stock plugins can be a deciding factor when the time comes to choose. If you’ve picked Pro Tools, you’ll have access to over 60 plugins right out of the box. Luckily, stock provisions are actually quite good in most cases, meaning you don’t have to throw down hundreds or thousands on third-party bundles right away. The following are a handful of Pro Tools plugins you’d probably reach for the most when mixing.

EQ III comes with PT in a 1-, 4-, and 7-band version for varying levels of precision/versatility. In many cases the 7-band, 48-bit, high-resolution version will be the most-used of the three. With 5 fully parametric bands of EQ and both high- and low-pass filters, the EQ III 7-band covers all the bases with ease.

The plugin is also optimized for CPU/DSP efficiency, meaning it won’t bog down your system, even when you’re running many instances. The handy interactive frequency graph allows users to adjust from within the display, or by simply using the virtual knobs provided. 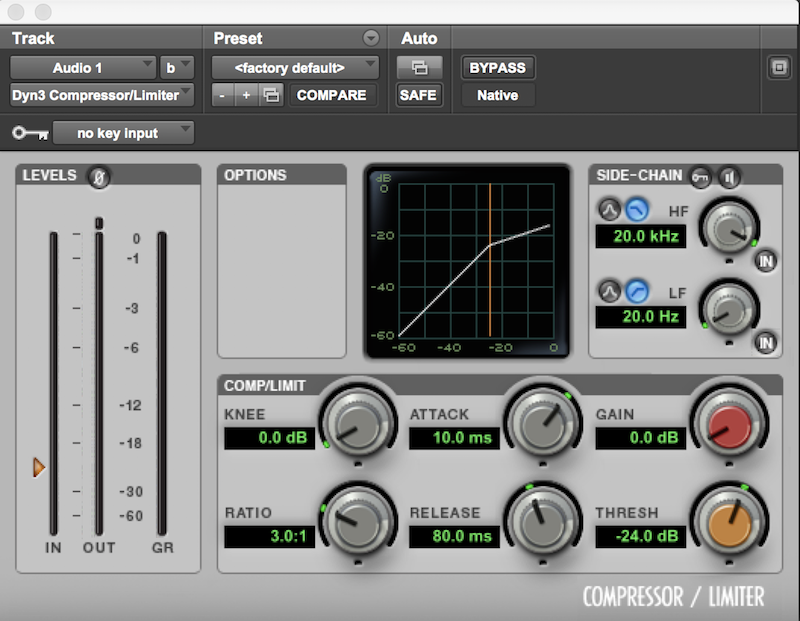 Dynamics control is a fundamental mix element. With the Dynamics III suite, you’ll gain a compressor/limiter, gate/expander, and de-esser. The suite isn’t a 3-in-1 plugin, but rather three separate processors all under the “D3” moniker.

Reduce sibilance, eliminate unwanted hiss, hum, or bleed, and control the envelope of an instrument–you can do it all with the Dynamics III suite.

Pro Tools’s BF76 emulates the iconic solid-state 1176 compressor. When you want dynamics control with a little more character than the D3 comp offers, employ some classic “analogue” goodness via the BF76.

You’ll find that the plugin’s interface is almost identical to the original outboard 1176, and the BF76 even replicates the classic “all buttons in” mode by shift-clicking any of the ratio settings. The sound, of course, won’t be identical to the real thing, but for a stock Pro Tools plugin, the BF76 is a good shout. 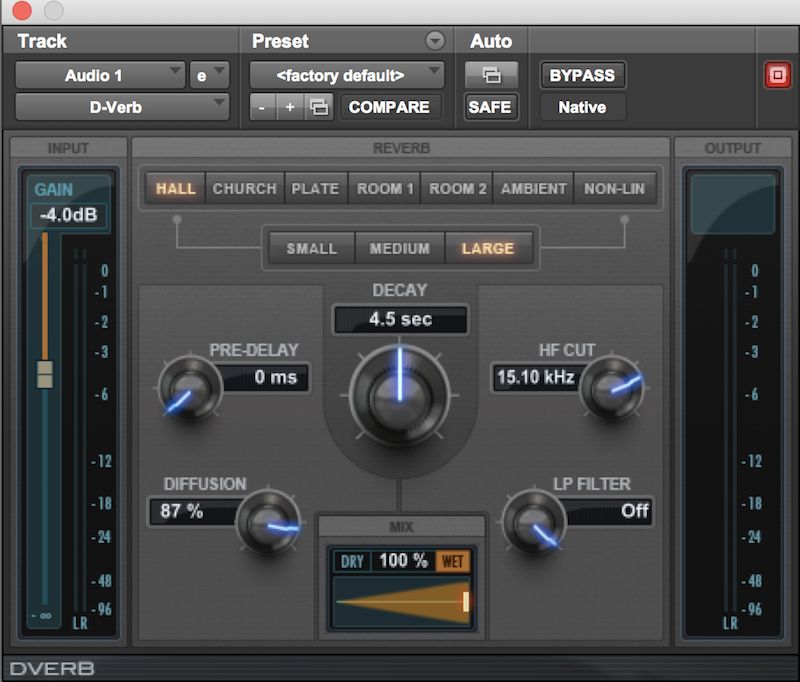 You guessed correctly! D-Verb offers pro-quality reverb and ambience processing, whatever your needs may be. The plugin runs in mono, stereo, or “mono-to-stereo” mode to create a nice stereo image from a mono track.

You’ll also be able to choose from 7 distinct reverb types, including hall, church, plate, room, or non-linear. An integrated LP filter provides some control over the reverb’s sound, though it’s probably still a good idea to throw an EQ III 7-band on the reverb return!

Mono, stereo, mono-to-stereo, or multi-mono modulating delay effects…you’ll get all of it with the Mod Delay III. You’ll notice its interface is similar to D-Verb’s; Pro Tools plugins provide some visual consistency to make life a little easier when working with a new processor.

The Mod Delay III is a fantastic stock delay.

While it’s not an automatic tuning plugin, Pitch II is a very usable effect for thickening vocal or guitar tracks, shifting pitch to taste, or creating wild detuning effects.

Pitch II’s keyboard layout makes it easy see the root note and move up and down the keys until the desired effect is achieved. When it’s time to move past the EQ/dynamics/time-based effect fundamentals and get creative, Pitch II is a fun place to start.

As far as “must have” stock Pro Tools plugins go, Maxim is up there. When you want to add a bit of professionally mastered sound to a mix, a peak limiter on the stereo buss can enhance things nicely.

The Maxim optimizes the overall audio input level while also preserving the integrity of the the original mix. It’s even flexible enough to be used as a dynamics processor on individual tracks, not only the stereo buss, if your heart desires.

And if you’ve opted for a Pro Tools subscription rather than purchasing the software outright, you’ll be able to download from a selection of 17 additional plugins, as well. The bulk of these include guitar stomp box emulations, such as an Electro-Harmonix Deluxe Memory Man delay, a Boss CE-1 chorus, and an Ibanez TS-808 overdrive.

Taking the time to get familiar with Pro Tools’s stock plugins will get you really far before shelling out on hundreds of dollars worth of third-party options. So, take some to experiment with what’s provided!