Do I Really Need an Audio Interface for Streaming?

Streaming is bigger than ever. Twitch, the web’s top platform for a variety of live content, is massive. And it isn’t just about video games anymore; for some time now, popular streaming content includes people hanging out and talking to their chat, playing music, and so much more. A well-rounded setup needs a microphone, and in most cases, one of the best audio interfaces for streaming.

Some Useful Info on Audio Interfaces

Many streamers starting off opt for an inexpensive USB mic that connects directly to their computer — no interface required. In your streaming software of choice, just select the microphone as an input source and your computer’s own audio as the output for broadcast. That’s an easy solution for those dabbling with streaming for the first time.

For more flexibility, an interface is recommended. It not only allows you to upgrade your microphone to a standard XLR one, but you can also connect other sources. For example, you might want to stream musical content and connect an additional instrument microphone, or go direct with a guitar or keyboard. It opens up more possibilities.

Do I Need an Interface with +48V Phantom Power?

Here’s a question beginning streamers ask all the time. Do I need phantom power? If you have a condenser microphone, the answer is “yes.” A popular choice amongst streamers getting started is the Audio-Technica AT2020 — an inexpensive, quality condenser.

The most popular broadcast-style mics amongst streamers include the Shure SM7B and Electro-Voice RE-20. These are dynamic microphones that do not require phantom power. However, all audio interfaces these days include +48V power, so it’s not an exclusive feature of the best audio interfaces for streaming. 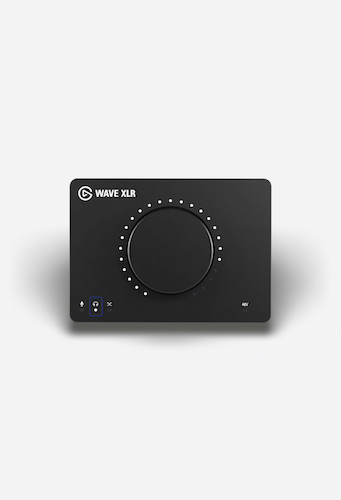 Elgato makes equipment specifically for live streaming. This includes capture cards, webcams, lights, green screens, microphones, and one of the best audio interfaces for streaming in the Wave XLR.

The Wave is a single XLR input microphone preamp made for streamers. It includes phantom power, an 1/8″ headphone output, and a large dial for setting input gain, output volume, and blending the right mix of PC and microphone level. There’s also a large touch-sensitive mute button right on top of the interface for moments when you real life calls during your broadcast. 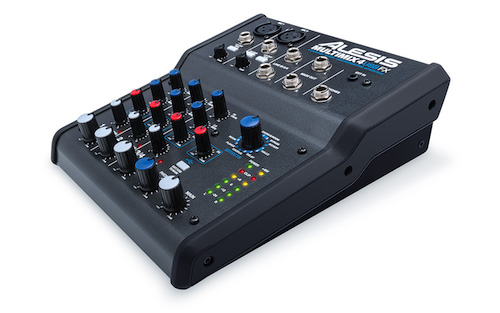 Streamers with more advanced setups can get a lot of mileage from the Alesis MultiMix 4. This is a four-channel USB mixer with dual XLR/line inputs, a stereo 1/4″ line input, line outputs for connecting studio monitors, and even built-in effects like EQ, reverb, delay, and more. 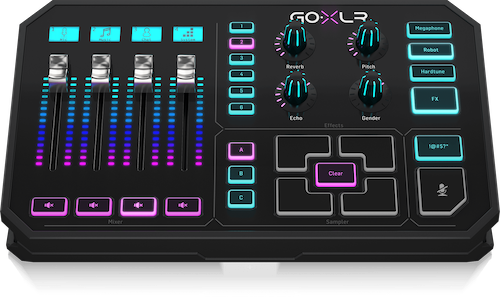 GoXLR is another great choice for anyone looking to get the absolute most from their streaming interface. The possibilities are wide-ranging. Highlights include a single XLR input for your mic, 1/8″ line input for external audio sources, and even an optical connection for taking audio from your gaming console and running it your PC for streaming. It also includes built-in effects, as well as banks for storing and triggering sound bytes and other entertaining clips. 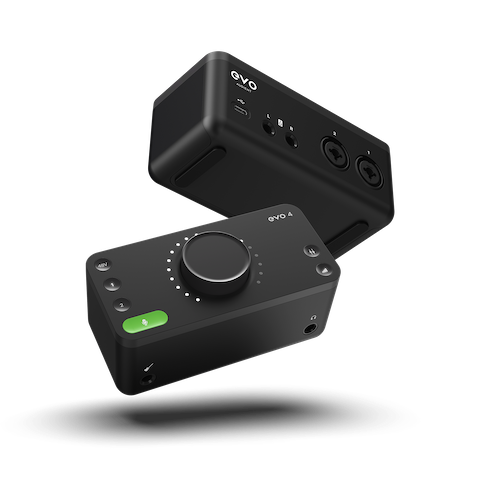 Next we have the Audient EVO 4. We’re huge fans of their stuff around here — class-leading quality at excellent prices. The EVO 4 is a super flexible interface for streaming, podcasting, or music production. It has two XLR preamps with a handy auto-gain function, instrument input, headphone and monitor outputs, and best of all, loopback.

Loopback is specifically for streamers. It effectively allows you to mix input audio from the interface with output audio from your streaming PC, and sends it back to computer for broadcast. Easy!

Arguably one of the most popular audio interfaces ever, the Scarlett 2i2 is synonymous with quality and ease-of-use. With a pair of XLR/TS/TRS combo jacks, there’s enough connectivity for basic streaming purposes. It’s hard to beat the simplicity of the Scarlett, though it does lack streaming-specific features you’d find in other models. Still, we don’t see this interface going away anytime soon.