A transient shaper lets you control the attack and sustain of a signal. Unlike a compressor, they do not affect the level or the entire envelope of a sound. Transient shapers (also called ‘designers’) can increase or decrease the attack, and lengthen or shorten the sustain.

Transient designers can sharpen a signal’s punch, and even minimize mic bleed or room tone. Some transient shaper plugins are pretty simple in layout, including just Attack, Sustain, and a Gain control. The very first hardware transient designer—the SPL TD4, designed by Ruben Tilgner and released in 1998—included 4 channels with only Attack and Sustain controls.

Plugins can get away with additional features in the software world, though, such as wet/dry mix controls, sidechain filters, and lots more. In that regard they’re way more advanced and flexible than hardware, and some are even frequency-specific. 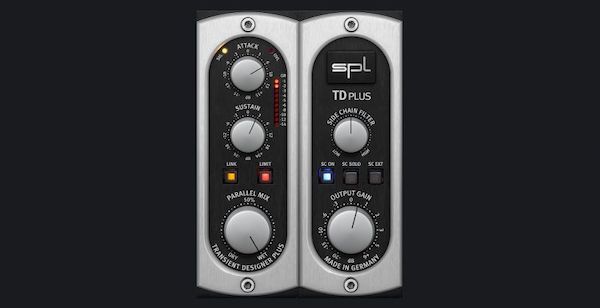 Brainworx collaborated with SPL to produce the best plugin emulation of the definitive (and first ever!) transient shaper. Modeling a single channel of the TD4, the SPL TD Plus plugin incorporates original transient shaper sound with useful digital revisions, including a sidechain filter, parallel processing, and even a limiter to prevent digital clipping.

As is expected with Oeksound plugins, Spiff is a unique take on traditional transient shaping. It’s an EQ-specific transient designer, which means you can cut and boost transients with more precision than other plugins. You can enhance the attack of super specific frequencies, to bring up the bite and punch of a snare, for instance. Or you can use it to reduce excessive mouth noise at a particular frequency in a vocal. It’s extremely detailed and versatile. 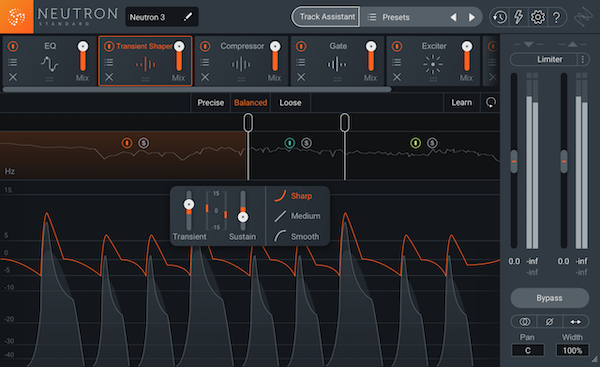 iZotope’s Neutron 3 plugin is actually a suite of different modules. These include EQ, compression, a gate, an exciter, and of course, a transient designer. The transient tool has 3 global modes and 3 contour shapes for precise control over the attack and sustain of any signal.

The Transient Master by Native Instruments, based on a ‘studio favorite’ (ahem, TD4), is one of the most straightforward plugins available. Attack, Sustain, and Gain. That’s it, that’s all, and you’re off to all sorts of envelope shaping goodness. Like the SPL TD Plus, it actually has a built-in limiter as well so you can really drive the signal hard without clipping. 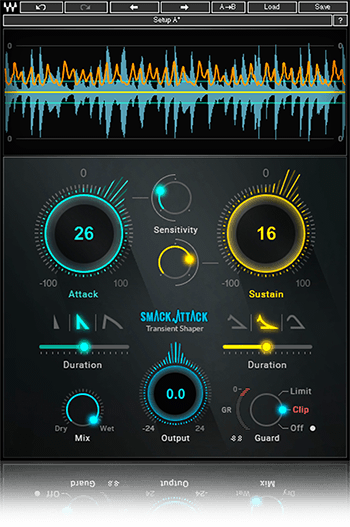 Unlike traditional transient shapers, Smack Attack lets you control more than just attack and sustain levels. You also get precise control over the transients’ shape and duration. Then there’s a Sensitivity control for selective shaping: you can process all your transients, only the loudest ones, or whatever’s in between. 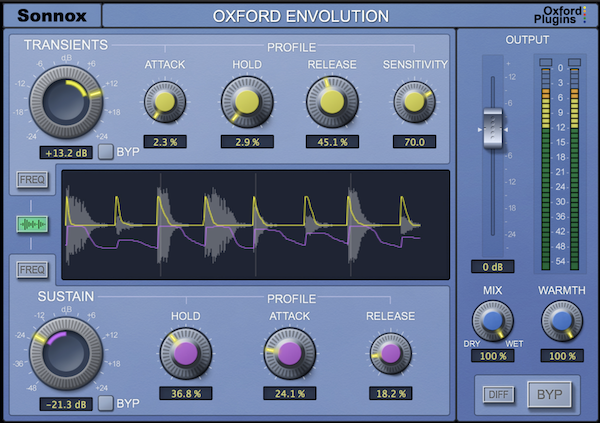 Similar to Spiff, Envolution is a frequency-dependent envelope shaper with separate transient and sustain sections. Frequency targeting is handled by the broader tilt mode, or the more parametric-style focus mode for greater precision.

Flux BitterSweet V3 is one of the best known and loved free transient shapers. It features a big large control in the center of the plugin; turning to the Sweet side softens transients, while turning to the Bitter side enhances them. That’s about as simple as it gets, and it’s free, so there’s really no reason not to try it! 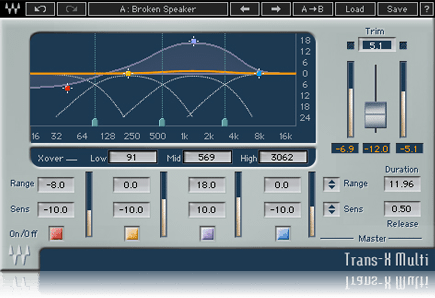 Trans-X is a multi-band transient shaper ideal for drum loops and individual tracks. It allows you to emphasize or attenuate transients as much as you’d like, even to the point where you can modify the room acoustics of any given track. Trans-X is an excellent value and powerful tool in this category.

The Transient Shaper by Kilohearts is an intuitive device for providing that extra layer of dynamic control over a signal that a compressor doesn’t hone in on in quite the same way. It provides simple Attack and Sustain controls, while Pump lets you attenuate the signal after the transient, so you can increase transient level without altering the entire level.

Transgressor is a somewhat lesser known but highly reviewed transient designer. It combines traditional transient shaping with two 4-band equalizers, giving you the power to EQ attack and sustain individually. For example, you can craft the sound of your drums any way you want, whether it’s subtle enhancement or changing the sound of an entire kit.