Understanding the Difference Between Gain and Volume

Many of us have wondered, what is the difference between gain vs. volume. Even though the terms sometimes seem to be used interchangeably, there are some fundamental difference. The most important distinction between gain and volume is how, or more precisely “where,” they factor into the signal path.

We see it all over the place: on guitar amplifiers, channel strips (real or digital), preamps, audio interfaces, etc. And we know that turning up the gain generally results in a volume increase. So how does it differ from volume?

Gain refers to the level of something at the input stage, before it’s been processed. A microphone preamp’s gain or “trim” control, for example, turns up the input signal of the microphone to a recordable level. On a guitar amplifier, the gain or “drive” control similarly controls how strong the signal hitting the preamp stage is. While gain does increase volume, it’s a fundamentally different concept.

Sometimes gain and volume are used interchangeably, and this is where some confusion occurs. On a compressor plugin, for example, the “makeup gain” function is really just an output volume knob by another name.

To further muddy things up, “gain” also refers to “distortion.” Distortion was quite literally born by overdriving a guitar amp with gain so that the speakers broke up. 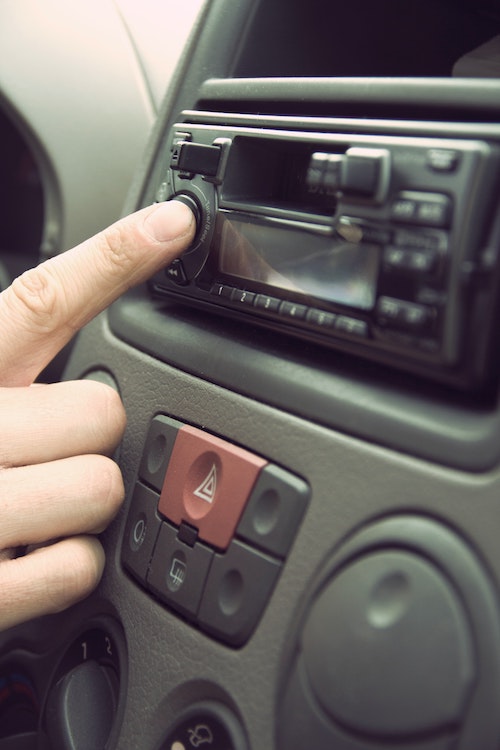 If gain is reserved to describe the input level on a source, then volume is the measurable output level of a signal, after processing. Volume is typically measured in dB SPL and can be boiled down to the loudness we actually hear.

Mixing in your DAW, every track is routed to a master stereo channel, or perhaps a mix bus if you’ve created one. How loud the output of the master is can be called “volume!” Using a simple real-world example, the volume knob in your car turns up the stereo. Easy!

You can see, then, that gain and volume are really quite different—even though we tend to substitute them for one another.

Gain and Volume: What is Gain Staging?

We Don’t Have to Print “Hot” Anymore!

When you’re recording, keep your faders at unity audio gain! This is the default position almost every DAW. Faders have the most resolution right in the middle, so keeping them at unity is the optimal position.

You’ve probably noticed that the there are numbered markings between the fader and the track meter. These numbers represent the amount of dBs that the signal is being attenuated when you move the fader. 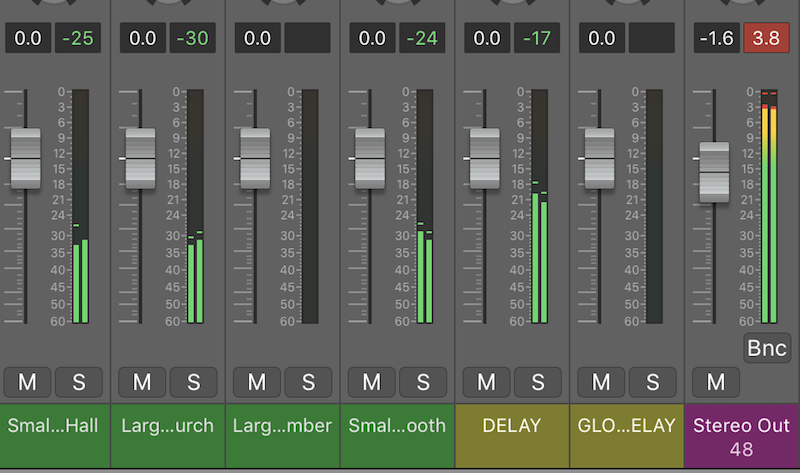 You might find yourself mixing a song with peaks every few seconds or so that clip the mix bus/master fader. Gain and volume both come into play here. Clipping occurs at the output stage (volume), but it’s possible tracks were recorded too hot at the input stage (gain).

The easiest solution is to grab all of the faders and turn them down! This is simply done in Pro Tools by selected the “ALL” group and pulling a fader, or if you’re mixing in Logic Pro X by selecting all the tracks you wish to turn down and again pulling a fader. The same operation is similarly accomplished in any of the other major DAWs.

A 10 dB decrease is usually more than enough to prevent clipping the mix buss/master fader. Be sure to keep your stereo bus at unity, which is its optimum position! You create headroom by adjusting the levels of tracks feeding the mix bus, not by attenuating the mix bus itself.

Giving yourself that extra 10 or so dB of headroom will allow you to do common mixing tasks like adding parallel buses for compression, adding effects sends, and more. Every track in your mix is adding some signal or “noise,” and they are all being summed to 2 channels at your mix bus/master fader. All of that signal adds up, so be sure you’re not clipping and have plenty of headroom before you start mixing.

Although gain and volume may be used interchangeably, they have technical differences that are very important to understand when it comes to getting the right mix.

Volume is the actual loudness of the output on the channel. It controls the loudness – but not the tone of the audio.

Gain is the loudness of the input on the channel. It controls the tone – but does not affect the loudness.

I hope this article helped to clarify the subtle differences between gain and volume!