Should I Be Using Sidechain Compression?

Sidechain compression is a common “advanced” mixing technique. If you’ve ever asked yourself, “Should I use sidechain compression here?,” the answer is “Give it a shot!” It uses are somewhat particular, but sidechaining generally creates more separation, more rhythm, or more energy and excitement. Lots of compressors include a sidechain or “key” input for the technique, including the stock compressors in Pro Tools and Logic Pro X. Your best bet is to experiment, and we’ll show you some common sidechaining tricks to get started.

What is a Compressor?

Compressors are dynamics processors, meaning they control the volume envelope of a sound. A compressor takes a wide dynamic range and makes it smaller. You can think of it as reducing the loudness of peaks and increasing the quieter parts of a signal. This is done by operating its various parameters, which include threshold, attack and release, oftentimes knee, and make-up gain.

The threshold determines at which point in the signal level the compressor will start to work. The attack time tells the compressor how quickly to react after the threshold has been surpassed, and the release time tells it when to let go after the signal falls below the threshold again. Compressors with a knee setting allow the user to determine how “hard” or “soft” the attack is. And finally, make-up gain, or output, is a level control allowing you add back whatever gain has been reduced.

Many classic compressors like the 1176 or LA-2A have familiar and pleasant tonal characteristics which can add excitement to a track. Most of the time the compressor you choose will be based on how it reacts to different instruments and the character or tone it imparts. 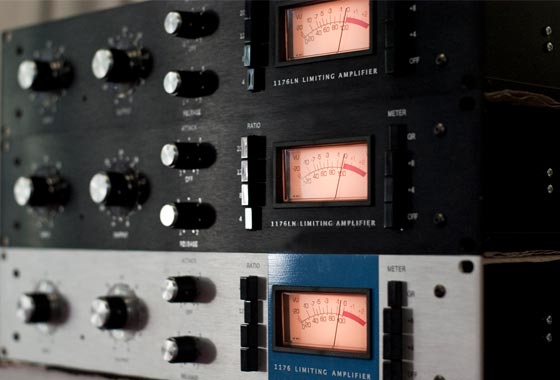 Compressors are extremely powerful tools used all over mixes, and sidechain compression is an additional tool used for making better sounding music.

What is Sidechain Compression?

How to Sidechain Your Compressor

It varies from plugin to plugin, but the idea is the same. You’ll first need a compressor that supports sidechaining. We mentioned the stock Pro Tools and Logic Pro X compressors earlier, both of which include a sidechain input. Of course, other DAWs like Ableton, FL Studio, and Cubase also come with stock compressors featuring a sidechain.

The next step is to add the compressor the channel you want to compress. This will depend on what you’re trying to achieve, but for now we’ll stick to the kick drum/bass technique for the sake of simplicity. In this case, you’ll put the compressor on the bass track.

Done correctly, the compressor should be receiving its input signal from the kick drum, while compressing only the bass track. You’ll want to adjust the compressor’s parameters to taste depending on how much you want to duck the bass every time the kick plays. Generally, a fast attack will work well for this technique, while the release depends on what you’re trying to achieve.

Duck the Snare in the Overheads

Duck the Guitar from the Vocals

Make Your Own De-Esser

Create Maximum Room for the Vocals

If you find your vocals buried under a mountain of instruments, you might try sidechain compression to solve the problem. In the same way you’d sidechain the vocals to the lead guitar, sidechain them to any offending instrument in the mix. For example, you might put a compressor on the guitars and keyboards, using the lead vocal track as the sidechain input. Every time the lead vocals play, the keyboards and guitars will duck into the mix, leaving space for the vocal.

Noise Gate Sidechain: Add a Sine Wave to a Kick

Instead of using a compressor’s sidechain, you’ll now be using a gate’s sidechain. Key the input to your anemic kick, and you’ll be on your way to a meatier, low end monster. You’ll want to adjust the gate’s parameters so that the sine wave only sounds when the kick drum triggers it.